So, from the looks of things, it appears as if Capcom has another winner on its hands.

When you're Capcom, there's no such thing as too much of a good thing. This is evidenced by the impending deluge of Resident Evil/Biohazard spin-offs; Resident Evil: Code Veronica, Resident Evil 3: Nemesis, Oni-Musha (the RE-style samurai game), and now Dino Crisis. A brand new excursion into the world of survival-horror, Dino Crisis is a fresh experience that abandons that creepy Umbrella laboratory for a taste of Jurassic Park. Not only that, but Dino Crisis is unique in that it so closely borrows from the RE series. But in regards to the storyline, this game is not related to it Resident Evil at all.

Conceived and directed by Shinji Mikami, the mastermind behind the RE games, Dino Crisis will be very familiar to anyone who's played the Resident Evil games. The dramatic camera perspectives, the control scheme, and the eerie settings are all classic Mikami. However, instead of slow-moving zombies shuffling after you like drunks staggering home, you're faced with velociraptors and other big lizards with lightning-fast reflexes and huge appetites.

"This isn't a joke, you idiot! We were just attacked by a big-ass lizard!" says Dino Crisis femme-fatale, Regina, to her computer-expert cohort, Rick, who, at the time, is trying to unlock electronically secured doors throughout the base where you've been searching for the missing Dr. Kirk. Your other teammate, Gail, is missing, and the last you heard from him were some aborted screams and the sound of gunfire.

As you might now know, the backgrounds in Dino Crisis are fully polygonal as opposed to prerendered CG stills, like they are in Resident Evil. Perhaps it took Capcom all this time to get up to speed with the PlayStation hardware, but this makes all the difference in the world. Despite being completely 3D, the game still moves at the same speed as its brethren, without any slowdown. The game's graphics are also very sharp and appear to be running in a medium to high resolution. The character models are very well done, with excellent light-sourcing effects, giving Regina and her posse a very solid feel. The use of polygonal backgrounds enhances the feeling of fear even more than Resident Evil. For example, when you're walking down a hallway, viewed from a typical RE-ish perspective, it becomes even more tense when the camera angle suddenly pivots to an overhead perspective or swings to a worm's-eye view. The engine also allows for shifting camera positions rendered on the fly, keeping Dino Crisis moving along at a quicker tempo than Resident Evil's. Thankfully, the camera, with all its flexibility, is not abused or overused by any means. It is used sparingly, and only to enhance rather than to distract.

Since the game is completely 3D, it is not as easy to pick out necessary clues as it had been in Resident Evil because everything looks uniform. In Resident Evil you'd be able to tell what to look out for since the polygonal details would stick out from the prerendered backgrounds. In Dino Crisis, you must really be on the lookout for anything and everything. The camera angles are vintage RE, designed to provide the maximum tension possible. If that weren't enough, the soundtrack is designed to provide chills and thrills as well. The simple act of walking down a hallway becomes a terrifying exercise in fear when the violins start playing. If you're not too chicken, this game is best played in the dark with the volume up.As previously stated, the controls in Dino Crisis are virtually identical to Resident Evil's, with a couple of crucial enhancements. Since the basic control configuration works well enough, potential problems arise since velociraptors are a lot quicker and savvier than RE's zombies. As a result, adjustments to the combat system were necessary to avoid an unwanted Regina-burger. When you press the R2 button, your character does a 180-degree turnabout, allowing you to put some space between you and your pursuer before turning around and filling your opponent with lead. The second enhancement is the ability to walk with your gun held out, primed to fire. While you walk slower with your gun outstretched, it sure beats making a sitting duck of yourself each time you want to fire your weapon. With all this meat-eating terror stalking the hallways (and windows and air-vents, etc.) it would get annoying to have to manage the ribbon-saving system found in Resident Evil. Instead, Dino Crisis features save rooms that prompt you to record your data whenever you attempt to leave or pass through one of these rooms. The number of times you save (or continue, should you die) affects your final score/rating and should be used sparingly.

The details in Dino Crisis are excellent too. If she takes a little damage, Regina will hold her side, limping a bit. If she takes a lot of damage, she'll be absolutely stagger around. She'll also drip blood on the floor, adding to the realism in Dino Crisis. Fortunately, there are plenty of power-ups (health kits, weapons, etc.), and an accessory-customization system similar to the one in Parasite Eve. Other things like head tracking, and auto-aiming sort out any additional combat-oriented complaints from the RE series as well. Interestingly, analog support does not seem to be featured, although the Dual Shock action is intact. Loading times between rooms are also severely reduced, due to the polygonal environments that take less space to store in memory.

So, from the looks of things, it appears as if Capcom has another winner on its hands. Dino Crisis is less disturbing than the RE series, but possibly more frightening since each of the creatures in DC hold about the same shock value as the Dobermans did in Resident Evil. While cannibalizing its own library could have backfired with a "been there, done that" aftertaste, Dino Crisis walks away under the strength of its own merits. The control improvements and graphic reinvention make DC its own game, with little owed to Resident Evil. The storyline is sound, and the replay value is high, with three different endings to reveal and a multitude of secrets to find (multiple costumes, a timed dinosaur hunt, mini Regina and giant Regina, etc.). With Oni-Musha, Nemesis, and Code Veronica on the horizon, Capcom might have this genre all to itself. While games like Carrier, Blue Stinger, and Alone In the Dark 4 will try and crowd the limelight with similar offerings, for the time being, it looks as if Capcom is king of the survival-horror hill. 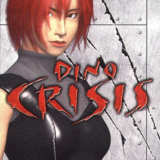