Digimon World isn't for everyone - only dedicated Digimon fans or fans of the monster-raising genre need apply.

You can't blame Bandai for wanting a piece of the Pokemon pie. The lineage of the concept that has taken much of the world by storm is relatively cloudy, though Bandai, it must be noted, was the purveyor of its original incarnation: the Tamagotchi. Once simply raising the little digital beasts got old, pitting them against those of your rivals became the order of the day. This idea gave rise to a legion of games, of which Pokemon is just one. Bandai's answer is Digimon - though, up until the release of Digimon World, the company was content to keep its digital cockfights outside of the video game realm.

As it happens, Digimon World shares many elements with the concept that gave birth to it. The name of the game is monster raising, though you'll find that Digimon World has more in common with the ancient art of Tamagotchi raising than anything Pokemon or Monster Rancher. Whereas the brunt of monster care in the Pokemon games (and Monster Rancher, to a lesser extent) occurs in a battle interface, Digimon World takes the concept back to its roots, having you look after the most minute aspects of rearing a monster. Feeding your Digimon, allowing it to rest, and leading it to a restroom are all part of this sort of micromanagement. The Digimon communicates its needs to you in a manner intimately familiar to Tamagotchi masters: by means of thought-balloons illustrating its desires (yes, it will even "think" a small Digi-pile when it's time to potty).

The bulk of Digimon World's experience is mostly composed of waiting on your monster hand and foot. After most battles and midway though most training sessions, your monster is going to have some kind of need that requires action on your part, be it feeding it, taking it to rest for a spell, or finding the nearest restroom. Your Digimon can (and should) be praised when it does something good, like completing a particularly challenging round of training or besting a wild or unruly beast. Likewise, it can be scolded for its transgressions, which include, but aren't limited to, leaving droppings in nondesignated areas.

Training and combat form the parts of Digimon World that most closely resemble active gaming (though by a stretch of the term). File City has a training field that houses a number of training apparatuses, each of which is geared toward improving a certain set of your Digimon's attributes. Depending on your creature's affinities, certain exercises will benefit it, while others will have little effect. Each exercise has a bonus-game option that, at the risk of a less-effective session, lets you play slots for attribute points. It rarely pays off to play the bonus game, though, as there is only so much training your Digimon can partake in before exhaustion occurs. As in life, arguably, the longer, steadier road eventually yields the largest payoff. In the end, proper training and discipline mold your Digimon into a powerful, effective fighting machine - one with a higher chance of evolving into a favorable form.

Fights with other Digimon are quite frequent, provided you venture outside of File City's sheltering environments, which you'll be doing fairly frequently if you actually want to complete the game's minimalistic quest. Fights are instigated by colliding with your potential prey on the field. Once in combat, things are largely out of your hands - given a paltry two options ("your call," which causes the monster to attack on its own volition and retreat), you're forced to simply watch battles unfold, only occasionally throwing an item in edgewise or resuscitating a downed creature. To be fair, you do get to activate a creature's special attack after a given number of rounds have passed (marked by the word "finish" spelling itself out, over the interface, letter by letter), though this barely provides the amount of control you'll doubtlessly crave. Victory in combat brings with it the expected increase in attributes, but the odd, disconnected feeling you get from Digimon World's combat system barely feels rewarding.

Despite its disassociating play focus, no one can deny that Digimon World is a nice-looking game. The prerendered backgrounds look smooth and alive, if only a little static, and the character models are nicely detailed, if a bit stiffly animated. The environments and sets are cleverly designed, and the camera perspectives do much to imbue the game with a sense of spatial variety.

Digimon World's audio production, though, feels a bit bare - though some of the vocal effects come off as remarkably cute (praise your Digimon, and you'll know what I mean). Music is relatively sparse, and the sound effects are very basic, rarely adding anything to the entire package.

The success of Digimon World will no doubt depend on your willingness to relinquish the traditional level of control you're used to in order to bask in a full, richly constructed world with heavy ties to more classical pursuits. Whether Tamagotchi raising truly deserves to be considered classical is totally up for debate, but in the context of monster raising and the gameplay conventions it has spawned, the term can be used with little or no worries. Needless to say, Digimon World isn't for everyone - only dedicated Digimon fans or fans of the monster-raising genre need apply. 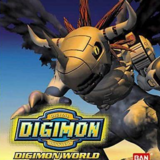 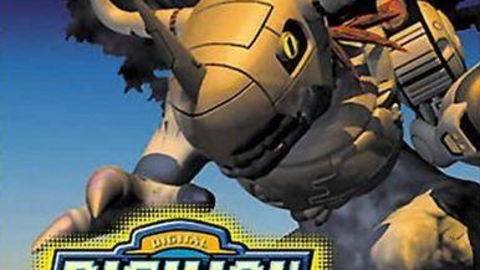 Digimon World isn't for everyone - only dedicated Digimon fans or fans of the monster-raising genre need apply.