Considering how crowded the first-person shooter market has gotten lately, there really shouldn't be much room in your collection for Die Hard: Vendetta.

You'd think that a movie such as Die Hard would have all the makings for a fantastic video game. Actually, it does. It's got one hero up against a seemingly never-ending stream of generic bad guys, but with a few more-meaningful enemy characters thrown in along the way for good measure. Its setting is a huge, complex building that the main character, John McClane, has to ascend, level by level. It's got a big payoff ending in the form of McClane's rescuing a building full of hostages, including his estranged wife. Yes, the movie Die Hard truly has it all. Yet with the possible exception of Die Hard Trilogy and the Final Fight clone, Die Hard Arcade, every other game with the Die Hard name on it has been disappointing. That being the case, the new Die Hard: Vendetta, a first-person shooter for the GameCube, is pretty much par for the course, though it does a few neat things.

Vendetta takes place in the future. John McClane is an aging, gray-haired man, and his daughter, Lucy, is on the Century City police force. Lucy is on duty at the unveiling of a new painting recovered by Peit Gruber, the son of Die Hard's villain, Hans Gruber. As you might guess, young Gruber is up to something, and before long, all hell breaks loose. So, you'll make your way through 11 different levels in an attempt to stop Gruber's revenge plot, and the game will take you through city streets, film studio back lots, and everyone's favorite Die Hard setting, the Nakatomi Plaza building. The levels are fairly big, though some of them make you wander around too much, and they feel as if they drag on a little too long. The game's storyline is told through conversations with characters you meet in the levels and through prerendered cutscenes. The cutscenes look as though they were rendered using the game engine, yet for some reason they've been compressed into grainy video.

The gameplay is what you'd expect from a second- or third-tier first-person shooter. The game moves pretty slowly, the control and aim are jerky, and the game has an auto-aim feature enabled by default, which is so forgiving that it reduces firefights to a simple matter of pointing in the general direction of your enemies and pulling the trigger. Hostage situations lose all their tension due to this fact (you automatically draw a bead on the bad guy), and it also makes the sniper rifle completely useless. Why use the manual aim of the sniper rifle when your assault rifle auto-aims and never misses stationary foes? Disabling the auto-aim doesn't help things, as the control is so jerky that drawing a bead on an enemy becomes way too difficult.

The one thing that Die Hard: Vendetta does that separates it from your average first-person shooter is give you the ability to grab enemies from behind and use them as a human shield, much like you can in third-person games like Dead to Rights and Tom Clancy's Splinter Cell. You can put your gun to the head of your new hostage, usually forcing nearby enemies to drop their weapons and go prone. The game also borrows a few effects from Max Payne. You'll know when you've cleared out a batch of foes because the game does that Max Payne-like slow, spinning camera effect to show the final enemy taking fire. You can also activate "hero time," which is identical to Max Payne's bullet time. You'll slow the action down around you, but you'll still be moving at full speed, so you'll have all the time you need to take out anyone in your way. Given the game's general ease when playing with auto-aim on, hero time feels almost totally unnecessary. The game has no multiplayer options, which limits its replayability to going through three different difficulty levels.

Graphically, Die Hard: Vendetta doesn't get the job done. The frame rate is all over the place, varying in direct relation to how much action there is onscreen. The levels aren't particularly inspired--the Nakatomi Plaza level, for example, is a mess of a maze of strangely placed walls and office doors that don't open. The character models look decent, and the weapon models are also OK, but overall, Die Hard: Vendetta looks flat.

There is a lot of voice work used in the game--you can talk to most of the game's nonenemy characters, and some of them will have five or six lines of dialogue. Most of the voice-over is bland, and occasionally it's miscast as well. The actor used for John McClane sounds more like a gruff Will Ferrell than an older Bruce Willis. Additionally, a lot of speech just sounds odd, as if it's coming from directly next to you, even if the person speaking is behind you or rather far away. A lot of the gun sound effects are pretty bland as well. There really isn't much punch to any of the audio, though the script is at least interesting: That's because Die Hard: Vendetta is the most curse-filled game ever released on home consoles, rivaling even the recent Deathrow for the Xbox. McClane and the terrorists alike seem to swear constantly from start to finish. It's hilarious at times, but it also seems pretty out of place. Die Hard definitely wasn't a kid's movie or anything, but the game really seems as if it's going out of its way to insert curse words into its script, just because it can. Fans of the film will be happy to know that McClane's catchphrase that starts with "Yippie-kai-yay" is uttered in its original state on multiple occasions and by multiple characters.

Die Hard: Vendetta definitely had the potential to be a great first-person shooter, and to be sure, there are some decent ideas to be found in the game. But the execution is sloppy, and in the end, the game simply feels unfinished. Considering how crowded the first-person shooter market has gotten lately with the release of games like James Bond 007: NightFire and TimeSplitters 2, there really shouldn't be much room in your collection for Die Hard: Vendetta.

View Comments (0)
Back To Top
4.8
Poor
About GameSpot Reviews 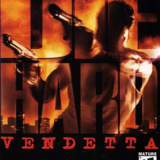 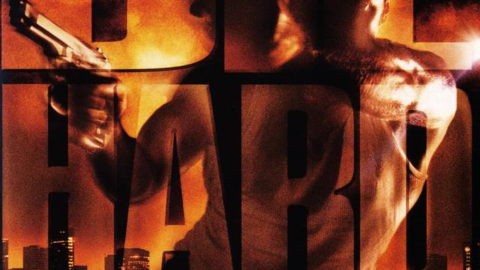 Considering how crowded the first-person shooter market has gotten lately, there really shouldn't be much room in your collection for Die Hard: Vendetta.