Diabolical Pitch is ridiculous, but in all the wrong ways.

Diabolical Pitch tries to be strange and funny, but if you play this Kinect-only baseball pitching game, the joke is really on you. It is two hours of the same minigame, stretched to its limit like a bad extended pun that stops being funny long before it's finally put to rest. Only instead of enduring some drunken jokester, you make throwing motions, over and over again, occasionally jumping or ducking when a buzz-saw blade gets flung your way. You perform other actions, but a few additional poses don't make for variety in Grasshopper Manufacture's clumsy fiasco.

Even the developer's signature weirdness isn't enough to make Diabolical Pitch worth calling from the bullpen. You throw baseballs at evil-eyed tigers that barrel toward you in roller coasters. You throw them at giant stuffed rabbits apparently spawned from the depths of hell. You throw them at winged freaks that appear en masse and defy description. And you do this all in places like a spooky cemetery where an ominous crooked mansion stands in sharp relief against the full moon, and a carnival with a carousel that casts long, sinister shadows across the cobblestones. The enemies you clobber fly backward with the screech of a crow having its talons ripped out, and a friendly bull guides you through the cutscenes, which tell the story of a baseballer who wants more than anything else to regain his pitching arm.

The gameplay seems innocuous enough, at least at first: you mimic a pitch to throw the ball at whatever crazies appear onscreen. Weirdos pop up, and you fling the ball in their general direction, hoping to hit your target. If that elephant hobbles too close, you can annihilate him with a good kick, and every so often you can activate the titular diabolical pitch. There are different diabolical pitches, like a lightning bolt that zaps every enemy onscreen, a limited-use cannon, and other such frivolities, and you activate them in different ways. With some, you raise your hands over your head; with another, you put one hand over your chest and hold the other arm outward.

Not every motion is detected consistently. Activating your cannon can't always be done in the first attempt, for example, no matter how much you exaggerate (or don't exaggerate) the motion. Other times, flinging your arm forward after the windup doesn't finish your pitch properly--though yanking your arms upward should do the trick if your first motion doesn't work. And when Diabolical Pitch tries to add some variety to the mix, the controls become even more problematic. Ducking, jumping, and reaching out to catch incoming projectiles work well enough. It's when the game requires manual targeting that things get trickier.

Incoming missiles and metallic enemies must be targeted first, which requires you to hover a reticle over your victim using your non-throwing hand before letting loose. But because you don't need that reticle onscreen much of the time, you must calibrate your off-arm's position every time you need to target something. And considering you need to jump, duck, and reach in different ways with that arm from time to time, you can't simply keep the reticle on the screen. Furthermore, that reticle isn't precise; you might be trying to target that incoming missile, but if something less intimidating gets in the way, you hit that instead. Of course, you need to see the missile in the first place, but at several points, the large eyesore interface hides important objects from view. There's even a spot where an interface element covers up a cutscene's speech bubble. Such sloppy details, along with a few misspellings, make Diabolical Pitch feel thoughtlessly assembled.

The game's biggest problem, though, is that it's repetitive. Sure, you perform a few other motions here and there, but mostly, this is a game about throwing. Throwing over and over again, until your arm is sore and you don't want to throw anymore. It's as if Diabolical Pitch were meant to be a minigame collection, but the other minigames were left out. You ultimately unlock various new diabolical pitches, scoring enhancements, and other odds and ends, but none of these elements make the gameplay any deeper or more entertaining. For a game about a pitcher seeking a second chance by tossing baseballs at stuffed wildlife in a fun fair of the damned, Diabolical Pitch is curiously bereft of creativity.

Misery loves company, as they say, so you could ease the misery by asking a friend to join you, but two-person play is even more trivial than playing on your own. You can revive a downed teammate by reaching out to him or her, or perform dual diabolical pitches, but from moment to moment, you just stand next to each other making throwing motions, which isn't particularly cooperative. Nor does Diabolical Pitch succeed as a competitive game: the automatic targeting is too random for you to feel like you outscore your buddy because you're better at the game, and the manual targeting is too awkward to ever feel right. Multiplayer Diabolical Pitch is the equivalent of taking a bite of some icky morsel--and then saying to your friend, "Hey, taste this!"

There's a reason the average minigame collection limits the amount of time you spend with any given activity: because such simple tasks lose their charms very quickly. Diabolical Pitch is a single, shallow minigame that quickly reaches its breaking point and yet still invites you to return with a bevy of useless unlockables. A surreal attitude is all well and good, but in this case, it amounts to a whole lot of hubbub over a whole lot of nothing.

View Comments (33)
Back To Top
3
Bad
About GameSpot Reviews 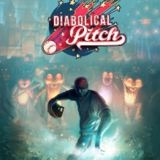 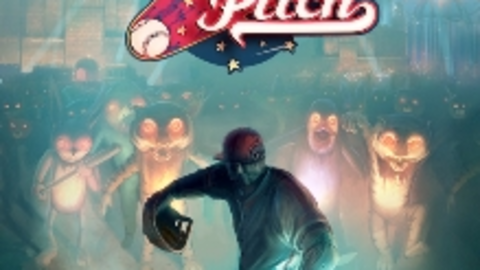