Dewy's Adventure is too cute for adults and too frustrating for kids.

After finding early success on the Wii with last year's release of Elebits, a first-person hide-and-seek game aimed at a younger audience, Konami is back with another Wii exclusive with Dewy's Adventure. Developed by the same team, Dewy has a lot in common with Elebits, from its sincere cuteness to its novel use of motion controls. Unfortunately, Dewy's Adventure lacks the strains of weirdness and voyeurism that made Elebits appealing to those outside its target audience. Perhaps even worse, the novel motion controls can't provide the precision demanded by the level designs, leading to frustration for players of any age.

Dewy's Adventure splashes onto the screen right from the start with a kind of sweet earnestness that persists for the rest of the game. With some glowing, watercolor illustrations, a young boy is told a storybook tale about a fantasy world inhabited by a race of creatures called Eau, and how their home was invaded by the evil and enigmatic Don Hedron, who poisoned the world with his black rain. The Tree of Seven Colors, the source of power in this world, summoned Dewy to fight back, which is where you come in.

If the opening sequence doesn't scare you off with its unflinching adorability, then you might just stand a chance of finding the rest of the game's presentation agreeable. It's not that it's a bad-looking game--in fact, the art design is very consistent, with a lot of personality--it's just very divisive. High value is put on simple designs and bright colors, which Dewy himself epitomizes, and it seems like the screen is always busy with light bloom effects and bursts of color. It's also a very squeaky game. Just about everything you come into contact with will squeak or chirp, Dewy included, and the whole thing is blanketed with impossibly upbeat background music. The only time the game breaks from its cute aesthetic is during loading screens advertising a particular brand of bottled water, adding a real mercenary air to the proceedings.

Dewy is, for all intents and purposes, a drop of water with a smiley face. Though he's got a pair of legs, they're mostly useless, so to get most places, he has to roll there. The basic control scheme in Dewy's Adventure is reminiscent of games like Mercury Meltdown Revolution or Super Monkey Ball: Banana Blitz, in that you'll tilt the Wii Remote to tilt the world itself, and Dewy will go wherever gravity tells him. Dewy can jump, and being made out of water, he's affected by changes in temperature, which you can adjust by pressing up or down on the D pad. When it's cold, Dewy transforms into a diamond-shaped chunk of ice that is able to perform some simple lock-on attacks. When it's hot, Dewy transforms into a cloud that can shoot a bolt of lightning at nearby enemies. The world is equally affected by the temperature, and much of the game's simple puzzle-solving revolves around how Dewy and different elements in his environment react to these weather changes. Some of these are intuitive, such as turning bodies of water that are deadly at room temperature into icy walkways, though there are plenty that require some fooling around first.

The game is very patient at first, introducing these various concepts one at a time, and though the means become more complicated and challenging as you progress, the overall objective of simply making your way from one end of a level to another, rescuing Eaus and battling Don Hedron's minions along the way, remains consistent throughout. There are some big boss fights as well, which can be some of the game's most challenging sequences, as well as some of the best uses of the whole temperature system. Challenge can quickly give way to frustration in Dewy's Adventure, though, due in large part to the game's motion controls, which often can't keep up with the game's more intricate, detail-oriented level designs. Especially maddening is how inconsistent the controls can feel. A slight twist to the right might send you careening out of control at one point, while no amount of tilting will get you over a slight bump at another. The inability to adjust the camera can make navigating certain areas more difficult than need by, and collision detection problems exacerbate things further, especially when dealing with objects in the environment that are also in motion.

The game's unapologetically sugary presentation will likely scare off older players, while the inconsistent controls make the game more exasperating than younger players will likely tolerate. It leaves us unsure of who, exactly, Dewy's Adventure is meant for. 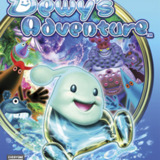 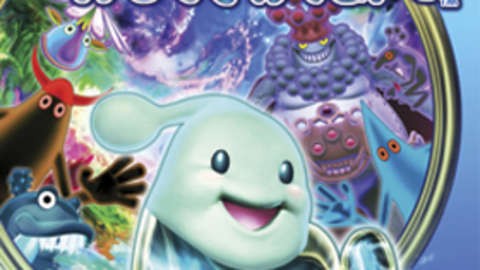 Dewy's Adventure puts you in control of small droplet of water, which you can turn into ice or steam using heat and cold to solve various puzzles and save the world.