Like a pair of shoes you might replace every few years, Devilian feels safe and familiar. An action-oriented free-to-play MMO with an isometric view, Trion Worlds' latest free-to-play title could be compared to Diablo or Torchlight, but it also bears the trappings of many F2P MMOs. From fetch quests to cash shops to PVP battlegrounds--not to mention cosmetic gear, mounts and pets--Devilian's safe bets often outnumber its innovations, yet that doesn't mean there's nothing there worth spending time on; it just depends on how you spend it.

When you're on the main path, Devilian is an easy game; and that's OK. You gain satisfaction from tinkering with skills and equipment, and from the seemingly never-ending stream of rewards that the game throws at you. There's room to seek out a challenge, of course. Each of the game's optional dungeons have three difficulty modes, while the special Archdevil dungeons are particularly difficult as a rule. PVP battlegrounds and the Abyssal Tower can get pretty rough as well. Devilian is a relatively satisfying experience because of how flexible it is. When you want to dive deep, there's always something to do, and when you want to coast and watch your fantastical warrior transform into a devil and mow down enemies, you can jump in and do so with ease.

Combat is definitely the highlight, due in large part to the way Devilian handles skill management. Mana and stamina aren't limited by potions and slow-paced regeneration. Instead, some skills generate the relevant resource and others expend it. Once you get the rotation down, alternating between exhausting and resupplying mana, you can unleash your flashiest skills non-stop--which feels great.

Things only get flashier when you activate Devilian mode, an alternate form for your character with distinct skills and equipment that allow you to deal amplified damage. Kiting a few dozen enemies along, rounding them up in a tidy clump, and blasting them to pieces while they rag doll across the screen is a very simple and honest kind of fun. Devilian encourages this behavior by giving you brief buffs for killing large numbers of enemies at once and by occasionally summoning an elite version of a foe who drops a pile of loot once defeated. It's not complicated and it's not new, but it works.

In addition to standard equipment, you can also equip talismans, cards that give useful stat bonuses, which you can increase by pairing them with another talisman in a matching set. Talismans drop from blind boxes that can be looted, purchased, or crafted from a material that comes when you deconstruct unneeded gear. This is why even when I found a pair of boots that looked exactly the same as my character's current set, I couldn’t help but think gleefully about how close I was to crafting my next talisman box once I broke them down. These card-feeding mechanics scratched an itch I'd never even considered before.

While equipment stats can vary wildly, visual variety is woefully limited, with lots of similar-looking gear. More importantly, gender-locked classes exhausted me to my core. It doesn't bother me as much in games that offer several up-close and ranged classes split between the genders, but Devilian doesn't offer that. Men are melee classes and women are ranged, full stop.

Another thing to be aware of is that Devilian falls into the same aesthetic school as TERA Online. There will be butts and boobs in your face, all of them gilded with gold and possessed of some pretty ridiculous physics. It's hard not to know what you're getting into when the server select screen features a heaving chest, and the tutorial boss battle is preceded by a a bound woman moaning and waving her barely-covered breasts at the camera. I'm not saying any of this is inherently bad–although that last one is pretty bad–but it's worth being aware of.

I couldn’t help but think gleefully about how close I was to crafting my next talisman box once I broke them down. These card-feeding mechanics scratched an itch I'd never even considered before.

The mere presence of titillating material in a game isn't enough to make me want to condemn it on principal. The point is that in some cases (again, like TERA Online) the designs themselves are interesting enough that it can almost seem earned, like they made that aesthetic choice and put in some serious work to really sell it. But Devilian doesn't feel like that. Its designs aren't special, and in the end all the half-covered boobs seem like they're there because it's expected of this type of game.

I spent the majority of my time playing on a character with the benefit of Patron status, which provides starter items and chests that non-Patron characters don't have the same degree of access to. At the same time, when I played my non-Patron character I didn't feel deprived. Special items can be purchased with actual money, of course, but they can also be acquired by trading in points accumulated for logging in or completing daily challenges. There's also a prize wheel at the end of every dungeon, gifts you can receive from people on your friends list, gifts you receive after receiving enough gifts from people on your friends list, thereby raising their “affinity” with you...It goes on and on like this, regardless of whether or not you give Trion Worlds a cent.

Devilian can just as easily fit into a relaxing evening as it can an afternoon of intense gaming; whether you want to bask in the rays of flashy combat and loot, or bear up against daunting challenges, is up to you. As long as you know what you're in for, Devilian's an enjoyable way to pass the time, and a well-balanced F2P game that never feels like it's begging you for money.

View Comments (114)
Back To Top
6
Fair
About GameSpot Reviews 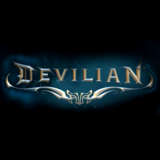 Janine Hawkins has tried out dozens of free-to-play MMOs over the years, and in spite of a few bad apples she's managed to retain the will to try just about anything at least once. She put two weeks into Devilian for the purposes of this review, reaching the current level cap and exploring the cash shop with one character while testing the limits of a cash-free Devilian experience with another. Trion Worlds provided GameSpot with a copy of the game and access to patron-specific items. 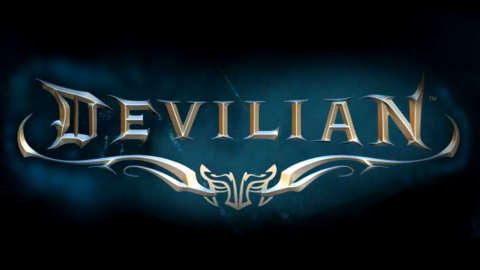 Devillian combines the frantic nature of an action RPG with all the depth and social aspects of an MMO. Gamers play the role of the last guardians of Aelkeina – unique half-devil heroes battling to save their world from a fallen god – and experience fast-paced, visceral action combat paired with MMO features like crafting, quests, trading, cities, mounts, pets, guilds, alliances, wars, and dungeons.