Devil May Cry 5 Review - From Zero To Nero

This party is still crazy.

Editor's note: This review was originally published in March 2019. Devil May Cry 5 Special Edition, which will soon be available on PS5 and Xbox Series X/S, features a number of additions on top of what we've covered here. See our impressions of DMC5 Special Edition on PS5 for more details.

As you send demons flying across the screen in Devil May Cry 5, a strong sense of familiarity will hit you. This is "old school" Devil May Cry, a simplistic network of hallways and arenas where you humiliate demons with absurd weaponry as a thumping battle theme fuels the bliss of every well-executed combo. DMC5 marks a return to the previous series continuity, and everything you remember about how those games played has been resurrected and improved. It is a brilliant iteration of the series’ best qualities--but it innovates as much as it reiterates, balancing new and old with infectious confidence.

The majority of your time in DMC5 is spent killing demons. With an array of melee and projectile attacks, you inflict complex combo strings while performing split-second dodges to evade incoming attacks. An in-game ranking system continually judges your style, encouraging you to better your performance. Protagonists Nero, Dante, and newcomer V each offer their own unique playstyles that makes the simple objective of clearing rooms of enemies continually exhilarating. Combat is where the game most expresses itself, showcasing the nuances of its mechanical depth in a variety of creative ways.

Nero is where new and old ideas come together. Replacing his lone Devil Bringer from DMC4 are new prosthetic arms called Devil Breakers. With them, you can pull enemies towards you, as well as tap into an assortment of special abilities depending on which Devil Breaker model you have equipped. For example, Overture can deliver a wide shock attack, while Punch Line shoots a rocket-powered fist that continuously damages enemies. Devil Breakers significantly evolve Nero’s playstyle by expanding his attacks, but what’s most curious is how switching between them requires you to discard your current one in order to equip the next down the line. At first, this seems like an arbitrary way to access each arm’s unique abilities--not to mention there’s little done to justify this rule in-game other than asserting that they’re simply "fragile."

However, this limitation introduces a thrilling spontaneity to combat that encourages you to be industrious and adaptable. You’re initially compelled to be frugal with Devil Breakers, but as you expand the number you can carry, you start hitting a rhythm expending them with strategic grace, flowing from one stylish combo to the next. But even with the best reflexes, an enemy can shatter a Devil Breaker mid-combo, which forces you to adjust your strategy on the fly. A persistent tension underlies using Nero’s Devil Breakers, melding high-consequence tactics with impulsive creativity. The gratifying free-flowing strategies that Devil Breakers inspire makes it easy to overlook any initial frustrations. They present a brilliant dichotomy that strengthens and amplifies the idiosyncrasies of Nero's more accessible playstyle.

Where Nero brings new flair to classic mechanics, V is fresh and unexpected. Unlike his sword-touting brethren, V damages enemies from afar with his two familiars: a shape-shifting panther named Shadow and a demonic bird named Griffon (DMC1 fans should instantly recognize these creatures). The former inflicts melee attacks, while the latter shoots projectiles. Each have their own regenerating health bar and can be taken out of combat temporarily if you're not careful. V also has a third familiar named Nightmare. This giant golem acts as more as a Devil Trigger-like last resort who can inflict ridiculous damage all on his own for a short duration. In addition, it can be commandeered to inflict more direct assaults on enemies. An enemy cannot be killed by a familiar’s attacks alone, though; V himself must inflict the final blow. V requires a patience that goes against your general instinct to be confrontational. As a result, his more deliberate pace can be occasionally irritating, especially when your familiars have trouble focusing on the proper target during a hectic fight. It’s a bit disorienting due to the lack of feedback from hitting enemies with your familiars.

Despite this, V’s emphasis on space management and calculated movement is a fantastic change of pace. Cunningly avoiding attacks as you command your familiars to deliver complex juggles is a satisfying thrill. And it's made all the more rewarding by the impact of a final blow alongside V's brief poetic soliloquies. V demands restraint, a quality that defies the offensive strategies of previous characters. His abilities may not seem like much, but he reframes the way DMC is played, demonstrating that there's still room for original and refreshing ideas in combat. V's inventive playstyle is a superb addition that feels right at home alongside Nero and Dante.

Old-timer Dante most maintains traditional mechanics, but he’s also where combat is most creative. Like his DMC4 counterpart, he’s able to seamlessly switch between four different fighting styles, each with their own unique maneuvers and setups. This time, though, he can equip up to four weapons and four guns. It’s a joy to perform combos with Dante‘s extensive arsenal; you're capable of rush-stabbing a demon, break-dance-fighting them while they’re down, and then propelling them into the air with a demonic motorcycle chainsaw.

While part of the fun is taking in the spectacle of a fight, playing as Dante is really about expressing yourself. There are so many attack combinations available that you can’t help but get sucked into learning the nuances of his every ability to achieve your desired style and flair. DMC historically excels when it’s continually motivating you to not only master its systems, but to execute upon them as elegantly and creatively as possible. Eventually, you get into a kind of flow with Dante, where combat is less about thinking than it is about feeling your way through it. Each character in DMC5 exemplifies this depth and intensity, but it’s with Dante’s open-ended combos where it feels most liberating and rewarding.

With an abundance of fighting systems to learn, it helps that you’re gradually weaned into them. The campaign’s pacing is deliberate, starting you with the more accessible Nero, then switching you to strategic spacing of V before opening up combat entirely with Dante. But even as you grow accustomed to how everyone plays, new mechanics are constantly introduced, keeping you thoroughly engaged in the highs of DMC5's stylish combat.

There are plenty of foes that test your abilities, too. Bosses in particular offer the most rewarding trials, with different challenges to suit each character's playstyle. For instance, one pushes Dante's ability to maintain quick and effective damage, where another is tailored specifically to V's vulnerability at close-range, forcing you to frequently manage your spacing while keeping your familiars in play. There are a couple bosses tied to relatively anticlimactic set pieces, but these are few and far between. The challenges are kept consistent, supplying riveting duels and new layers of complexity that inspire you to improve. And even with repeated deaths, a lenient continue system keeps the action and drama moving.

Speaking of drama, DMC5’s story is an engrossing, albeit predictable, saga with plenty of extravagant action to keep you thoroughly entertained. It has a non-linear structure that has you switching perspectives to get the full picture, which lends variety to the events unfolding before you. Set in the duration of a single day, you're notified of the passing of time at the start of every mission. The narrative benefits from this approach to storytelling, keeping you invested in what each mission has to contribute to your understanding of the timeline.

The return to familiar characters is perhaps the story’s most endearing quality. In fact, there are several loving nods to many of the series’ most iconic moments scattered throughout-- a particular instance involving Dante and a hat is a hilarious acknowledgement to the character's history. While some characters, like fan-favorites Trish and Lady, don’t have much to contribute, their presence at least brings a sense of camaraderie. However, a couple of nude scenes involving them come across as tasteless; with so many pleasing callbacks and references, moments like this awkwardly stand out. They feel cheap and unnecessary, hurting Trish and Lady's already minimal characterizations. It stands in stark contrast to the always delightful gunsmith Nico, who's established as headstrong, intelligent, and the reason why Nero is able to make short work of demons in the first place.

The story ties a nice bow on the classic continuity’s unanswered questions, allowing for satisfying conclusions for its major protagonists.

In spite of its more ambitious scale, DMC5's story leaves room for meaningful character development. It's by no means a nuanced study of its protagonists that digs deep into what makes them tick. But their motivations are always made abundantly clear, making for compelling melodrama whenever they clash against one another. You grow attached to their impassioned, if a bit simplistic, plights--if only to see how they'll overcome the harrowing challenges set before them. Ultimately, the story ties a nice bow on the classic continuity’s unanswered questions, allowing for satisfying conclusions for its major protagonists.

There is an effort to pull DMC5's more grandiose moments together on a mechanical level with the Cameo System, which adds a subtle online cooperative element to the formula. Some missions often include the presence of another character exploring a nearby area or even acting alongside you. By default these characters are AI controlled, but through the Cameo System they're controlled either by other players online or their respective ghost data. A cool concept on paper, the feature is largely underutilized with only one particularly exciting instance where you actually get to fight alongside another player. That said, seeing another player from afar does add a novel yet fleeting solidarity to your journey.

DMC5 thrives on the stylistic and mechanical prowess of its predecessors. It sticks to tradition above all else, pursuing a few ambitious new ideas along the way, but mostly maintaining the series’ focus on intricate fighting systems and campy bravado. Rarely does the game stumble, consistently leveraging its spectacle and mechanical depth to push aside any small frustrations. All the while, the story exudes a charismatic charm that keeps you constantly intrigued as you’re refining your skills. DMC5 proves the series can still be brilliant and imaginative without compromising its longest-held traditions.

Devil May Cry 5 is featured as one of the best PS5 games.

View Comments (195)
Back To Top
9
Superb
About GameSpot Reviews 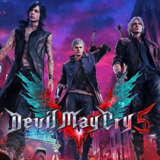 Whenever Matt grabs a cardboard wrapping paper tube, he's constantly compelled to perform a Stinger. He played Devil May Cry V on Xbox One for roughly 25 hours, spending nearly half that time pursuing higher difficulty levels. Complimentary review code was provided by Capcom. 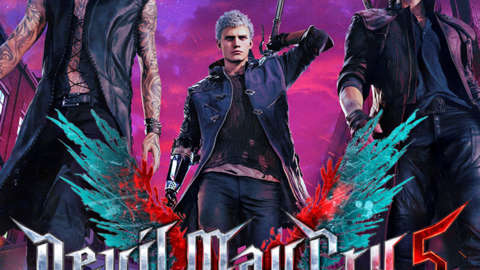 The legendary over-the-top action series returns, complete with its signature blend of high-octane stylized action and otherworldly and original characters the series is known for.