Detroit: Become Human posits a well-worn future, when androids have become so lifelike and so deeply integrated into human society that surely it's only a matter of time and circumstance until they break through to the other side and achieve consciousness. There isn't much time spent examining how such a seemingly preventable event might be possible; Detroit is primarily focused on androids' experiences during the process of their awakening, and their shock when looking at humanity with eyes unclouded for the first time. Ultimately, it's up to you to decide how they react in the face of adversity.

It is a gameplay-light experience broken up into dozens of chapters with hundreds of decisions to make during cutscenes and explorative sequences. The only real challenge is to be fast, thorough, and perceptive enough to guide characters towards decisions that match your moral compass--or not, if you prefer your stories messy and chaotic. As a result of the myriad crossroads in Detroit, few players will experience events in the exact same way. Pivotal moments gone awry can lead some characters to premature deaths, but even small deviations can have a lasting impact on the state of the people, places and events you encounter throughout. Many of the decisions may seem mundane at first, but however benign a choice may seem, they add up, and gradually draw you into each character's individual experience.

Detroit is purposefully designed in a disorderly fashion, leaving you with mini cliffhangers throughout the game as it cycles from one character's perspective to the next at the end of every 10- to 20-minute chapter. This may sound messy, but it actually works in its favor as the main characters Kara, Connor, and Markus each bring something different to the table. That variety ensures you're never bored and almost always surprised by what happens next.

Kara, a housekeeper android belonging to an abusive, drug-addled single father at the start, becomes a guardian on the run protecting Alice, the little girl she watches over. Kara is unfortunately naive, and as a result finds herself (and Alice) in trouble on a regular basis. The fact that danger for Kara also means danger for a young child significantly raises the stakes when push comes to shove. You strive to protect them from the worst examples of humanity gone astray, and though it's easy to identify the right choices to ensure their safety, getaways are rarely clean, and often messy.

By comparison, Connor's chapters are more personal and inquisitive. He assists a worn-out detective named Hank who loathes his presence due to a deep-seated prejudice, and the two must work together to solve a series of murders tied to rogue androids. Connor's partner isn't very likeable. He is gruff and rough around the edges, but he is nonetheless a good foil for you to play off of. Where Kara's owner is onenote and unbelievably harsh, Hank can be swayed to trust you over time and overcome his cynicism. It's not always easy to know what will convince him of your worth. Some answers may feel "right," but Hank knows better than to listen to someone who only tells him what he wants to hear.

Hank and Connor will regularly investigate crime scenes together where you're required to analyse your environment, gather clues, and recreate events by interpolating evidence. Not every crime scene tells a compelling story, but the process of investigation is consistently engaging. Conor's allegiance to humans (and his first hand experiences dealing with Hank's blunt hatred) gives you a chance to better understand both sides of Detroit's embroiled society. If there's one android in Detroit who deserves his own story to be blown up and given more screen time, it's Connor.

The most pivotal character of the lot is Markus, and while he is involved with some of Detroit's most creative scenes, he is remarkably lacking in nuance. At the start, he has the most fortunate existence. His owner is a kind, elderly painter who encourages free thought and treats Markus as though he was his son. Meanwhile, the painter's actual son is a complete jerk who runs the risk of ruining his father's and Markus' well-being. This inevitably comes to pass, and it's from here that Detroit's big-picture plot kicks off: the fight for android equality.

The discussion is a valid one to have given the context at hand, but the way that the social disparity between humans and androids is conveyed in Detroit is such an on-the-nose series of references to the American Civil Rights Movement that it's hard not to to be taken aback. Androids are forced into the back of buses, segregated from some public areas and private establishments, and made to use the stairs instead of escalators… for some reason. When Markus rallies other rebellious androids and you get to pick their protest slogan, you are actually given the option to choose "we have a dream." These references are distracting, and at no point does it feel justified to lift from the history of actual people who've suffered--and continue to suffer--in the real world.

These moments are unforgettably lame, but it's a testament to the story's strengths elsewhere that they don't completely drag the experience down as a whole. Detroit excels at presenting dire situations. Danger seems to lurk around every corner, and because you are expected to react quickly under stress, you can't help but feel anxious when either Kara or Markus are at risk of being discovered by humans after going rogue. These moments can be quiet, slice-of-life scenes, but that would-be serenity only amplifies the tension; sometimes one misstep is all it takes to upend an otherwise peaceful chapter, and you don't want to feel responsible for triggering a chaotic turn of events. Generally, you still have a chance to fix a bad situation, but with so many potential ramifications in the air, Detroit always finds a way to leave a scar you won't soon forget.

Even if Detroit stumbles on a semi-regular basis, it is almost always captivating to behold.

For as powerful as those chapters can be, it's Detroit's most dreadful and horrific scenes that leave a lasting impression. Kara faces her fair share of terror, but Markus' transition to freedom is a hellish trip into the darkest corners of this fictional version of Detroit that's truly unforgettable. Detroit wouldn't be so effective at bringing you into this world if not for its overall stellar presentation. Some NPCs and secondary characters do stand out due to below-average production values, but it's only because most characters and scenes are so beautifully rendered. Even if Detroit stumbles on a semi-regular basis, it is almost always captivating to behold.

Writer and director David Cage is known for crafting these sorts of games (Heavy Rain, Beyond: Two Souls), but Detroit marks the first time you are presented with an explicit breakdown of the choices you made at the end each brief chapter--or during the chapter if you look in the pause menu. This is positioned as a feature, one that allows you to reflect on your actions and realize what you could have done differently, and if you so choose, to immediately go back and make different decisions. But in effect, this feedback methodology is ultimately detrimental, destroying your immersion by reminding you of the game you're playing, and reducing your influence to a point score that can be traded in for unlockable character models and documentaries. So far as I can tell, there's no narrative or meta significance to justify thrusting this information to the forefront before the game is finished. It's useful if you want to chase trophies or shy away from facing the consequences of your actions, but it sucks to be treated as if that's your default approach. There's no way to disable these flowcharts, and I really wish there was.

These unavoidable flowcharts, like the blatant and cheap appropriation of American history, drag down Detroit's otherwise gripping tale. It has the makings of a truly memorable game, and in many ways, pieces of it will stick with me for a long time. It is too beautiful, too haunting, and too impressive to forget.

Despite being built for multiple playthroughs, it's difficult to imagine jumping back in to fix "mistakes" or exhaust every possible outcome for the sake of completionism. I played with my best intentions. Things didn't always go the way I wanted, but that was a burden I chose to bear, and the story benefitted from my commitment, flowcharts be damned. After completing the game, I tried to go back and fight my instincts to see what would happen if I chose a darker path. It never felt justified nor worthwhile. Detroit is well worth playing, but it struggles to strike the right balance between giving you freedom of choice and reminding you that it's all a game in the end. Cage and Quantic Dream are getting closer to nailing this style of game, but it's obvious that there's still room to grow.

View Comments (383)
Back To Top
7
Good
About GameSpot Reviews 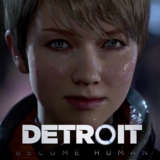 Peter completed Detroit in a weekend, and despite doing his best to go back and replay old sections while making new decisions, he stopped short of replaying too many chapters in order to preserve the impact of the story he experienced the first time through. Sony provided GameSpot with complimentary copies of the game. 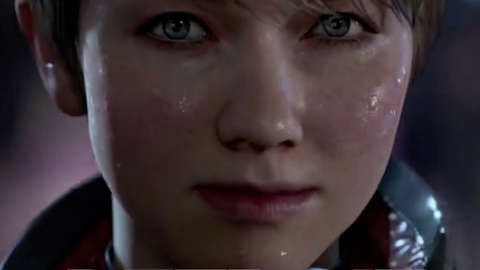 Detroit: Become Human is a new game from Quantic Dream.