The Taken King is more than just an expansion; it's also a heart transplant. And with its wounds sewn shut, the anesthetic wearing off, and the scalpels put away to dry, Destiny has pulled through the operation with renewed vigor and a much stronger pulse. Now, only a few scars remain.

Destiny's first year was a collage of peaks and valleys as Bungie released two expansions to its sci-fi multiplayer title. At its best, Destiny comprised a shooter with pristine controls and clever cooperative play. But at its worst, Destiny disrespected my time. To me, the first year of Destiny felt empty. Its gorgeous worlds held promise, but lacked much of a soul. I frequented those static environments because no matter how boring they might have felt, they contained the slim promise of better loot. I continued long past the point of actually having fun.

But The Taken King changes things. Now, my time is better spent. Bungie revamped the Light, loot, and experience systems to be more accessible, and provide a more rewarding overall experience. Light is no longer tied to specific armor pieces, but just an average of your gear's overall value. Raising it is necessary for difficult missions, but when it comes to your rank, you can reach the level 40 cap through experience alone. And now that loot scales with your level, the promise of better gear is always on the horizon, encouraging constant improvement and rewarding results.

By decoupling Light and character level, Destiny allows you to play however you want, regardless of which missions you want to play, or how often you want to play them. In Destiny's first year, only certain events were worth pursuing for better gear. But now, much of the loot is out there, somewhere in the solar system, waiting for you to stumble upon it. You can fight through cooperative strikes, explore Mars, or turn in bounties for added experience. You can summon a plethora of challenging bosses in the Court of Oryx, a public event area teeming with Guardians in search of gear.

The Dreadnaught itself, an abandoned ship in the rings of Saturn, is full of secrets, hidden items, quest chains and more. It's an area worth exploring, and sets the stage for The Taken King's exceptional narrative.

The new story missions follow our Guardians in their fight against Oryx, the Hive king whose looming shadow has darkened things since we killed his son in The Dark Below expansion. These story missions are coherent, providing much needed context to the quests our Guardians embark upon. I always knew the mission objective, and always felt the pull of that final battle with The Taken King at the end of the road.

There's also more character here. The vanguard leaders are more than talking mannequins now, with personalities, motivations, and fears of their own. Nolan North delivers a stellar performance as your Ghost, but its Cayde-6, the Hunter leader, who stands out. Voiced by Nathan Fillion, his sarcasm and sardonic wit are just facades. They slowly give way to doubt and remorse when he learns of a friend's death. For the first time, Destiny transcends archetypes, and shows signs of humanity in its storytelling. It's ironic then, that Cayde-6 isn't human.

Fighting through these story missions is more varied than ever before. It's not just endless shooting at cookie cutter enemies. The Taken are ghostlike clones of Destiny's other enemy factions, which Oryx has absorbed into his own army, creating a force with a wide array of abilities and attacks. Fallen captains blind you, Cabal scions split into triplets, and Vex goblins shield their allies, forcing you to aim for one specific grunt at a time. Destiny's combat is more dynamic now, and more versatile than the skirmishes of its first year.

Strike bosses in The Taken King follow suit, and require teamwork and tactics to defeat. Among the best is The Restorative Mind. This Vex boss hidden in the depths of Venus is more than just a bullet sponge, and constant motion is the only way to lower its defenses. You'll need to drain its shield, protect your teammates, and fight through clusters of Vex in a ring-shaped arena. All of this is done on the AI's terms, though, as the boss rotates an impassable force field around the room, dictating the flow of combat and forcing snap decisions.

The Taken King transcends archetypes, and shows signs of humanity in its storytelling.

Bungie added even more variety to combat with the new subclasses, which change how I approach certain situations. Take my Hunter's Nightstalker option, for instance. By firing my bow into a cluster of enemies, I tether them together, marking a prime target for my Titan friend's Hammer of Sol, or the Warlock's chain lightning. It also makes every shot a critical hit, so using it at the right moment, on the right enemies, is part of the decision process. The subclasses don't just open new possibilities for character loadouts, but also encourage experimentation in cooperative matches.

The same rings true in the Crucible, Destiny's PvP arena. The subclasses aren't as balanced here--I reverted back to my Hunter's Golden Gun when the new subclass failed to produce--but they still alter the flow of combat on each new map. And these are among Bungie's best arenas, with varied sightlines and verticalities, offering hectic clash points amid the firefights. Once again, the developer has proven its prowess with multiplayer level design.

And when you've gathered enough powerful gear, equipped your best weapons, and tailored your subclass to cooperative perfection, there's the new raid. It's called King's Fall, and it's the most expansive in Destiny to date. It begins on a sour note, with ill-advised first-person platforming that appears farther in as well. But everything else gathers speed. The checkpoints all require careful teamwork, and the bosses are some of the most creative Bungie has ever designed.

Golgoroth is a prime example. On our tenth try, when muscle memory guided us through the fight's necessary tactics, this hulking ogre had a sliver of health left. We were almost through. And the moment before he died, when all six of us threw caution to the wind and unloaded everything we had, despite the Taken minions surrounding us--this is Destiny at its finest. Careful planning gave way to satisfying victory. And I don't want to spoil too much about the trek's latter stages, but its final boss, both in size and scope, is colossal. He's a fitting end to Destiny's most dynamic raid yet.

But despite all of the improvements to Destiny's systems, all of the new content in place with The Taken King, and all of the heart that's gone into its compelling storyline, remnants of Destiny's hollow past still endure.

After 16 hours with the expansion, the grind began. At first, I didn't mind. The Taken King excels by granting you gear through hard work rather than luck. But I played the same strikes five times over, day in and day out. I trudged through the Dreadnaught for hours on end. I completed similar bounties throughout the week, and didn't see many variations throughout 35 hours with The Taken King.

For a game that requires so much grinding, it still doesn't have the breadth of content to support the repetition required. The promise of better loot is the driving force, but the journey there is taxing. Quests are interesting only for a time, until they once again become long lists of cloying chores.

But The Taken King still deserves ample praise. It not only grants us new content, but reinvigorates a game that needed new life. In one of The Taken King's early story missions, you'll come across the remains of Destiny's first strike boss. He's right where you left him, surrounded by his own robotic innards, the life long gone from his dormant shell.

"Remember when Sepiks Prime was our biggest problem?" Ghost asks us. And like the Guardians who killed that boss, Destiny has since moved on. There are still traces of its mediocre first year, but it's now more vital, and more promising, and it has left much of its past behind. 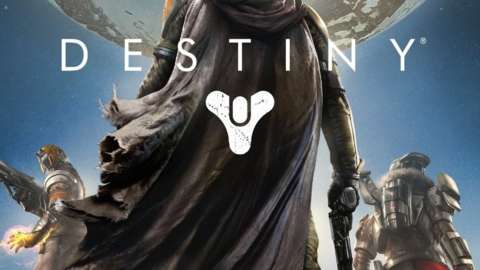