How could the company that produced Fallout also be responsible for one of the lousiest games to come down the pike in quite a while?

It seemed like such a great idea when we first heard about it nearly three years ago: Combine the fantasy world of AD&D with the award-winning Descent engine. The concept sounded tantalizing, so much so that many thought the result would surely be an experience that would do nothing less than completely revitalize the ailing fantasy role-playing genre.

But somewhere along the line something went horribly wrong, and now gamers are asking themselves two questions. The first arose merely out of befuddlement: How could the company that produced Fallout also be responsible for one of the lousiest games to come down the pike in quite a while? The second, though, addresses a much more serious issue: Why did Interplay ship the thing when it wasn't even close to being the sort of cutting-edge product the hype machine had led us to believe it would be?

There's probably no way to learn the answer to the first question, but - thanks to some very frank members of the Descent to Undermountain team - the answer to the second is now common knowledge. The game went out when it was scheduled to go out (in time for a Christmas release) even though it wasn't ready. That's not just me speculating; that's precisely what a member of the DTU team stated in a recent post on Usenet.

But I doubt very seriously that the game would look or play any better than it does even if it were "ready," simply because the developers' idea of "ready" doesn't jibe with the gaming public's expectations in 1998. There's no denying the Descent engine was groundbreaking in its time, but that was long before the arrival of 3D cards made software-rendering of 3D objects the last resort for game developers. In all its apologies and explanations, the DTU team has yet to admit that this is a butt-ugly game that would have looked dated if it had been released the day the game went into development.

One aspect of Descent to Undermountain that will meet gamers' expectations, though, is the plot. This is, after all, an AD&D game. From a first-person perspective, you play as a down-on-his-luck adventurer who's learned that Khelben Blackstaff, the high mage of Waterdeep, is looking to hire adventurers for a series of quests in a huge dungeon called Undermountain that's located under the city of Waterdeep. Once you hook up with Khelben, you begin a series of quests that revolve around the usual AD&D formula: Kill monsters, collect booty, interact with various characters, and find objects needed to advance to the next mission.

Character creation is pretty much standard fare for AD&D games: You choose the sex, race (human, half-elf, dwarf, drow, and so on), and class (fighter, priest, mage, or thief) of your character, then "roll" your character's statistics in various areas such as intelligence, strength, dexterity, wisdom, and charisma. As you move through each quest, you learn new spells, gain more hit points, etc. - if you're at all interested in fantasy role-playing you know the routine.

Descent to Undermountain is set in the AD&D Forgotten Realms world, but judging from the game's visuals it should probably be renamed "Forgotten Graphics." I haven't seen a major game title that looked so dreary, so blocky, and so downright unappealing in years. It's tempting to lay the blame on the 256-color palette, but I've seen plenty of games using only 256 colors that looked a damn sight better than this mess.

Nearly every location - or at least all the ones I visited during the time I endured the game - is awash in brown, giving everything a samey look that only adds to the monotonous feeling that settles over you from the moment you begin your first quest. And pixels? Man, you ain't seen nothin' until you've roamed around a bit in DTU - these blocks are as big as a baby goblin and twice as irritating. The worst part, though, is that at Interplay's DTU web site you'll find all sorts of claptrap about how many textures are used and how advanced the graphics are. They've even got the nerve to compare this wretched mess with Quake! I guess there's nothing quite as intoxicating as the wings of hubris fluttering about your head in a time of crisis....

Still, I've always placed more importance on gameplay than on graphics, and I figured that if DTU looked like something from four years ago that it would run smooth as silk on anything over the minimum system requirements. Wrong! On a Pentium 133 - obviously not a cutting-edge machine but still significantly faster than the minimum P-90 - the animation was sluggish and choppy, making it a chore rather than an adventure to explore the brownish environs of Undermountain. The animation improves on certain levels, but the bottom line is that you shouldn't need a 200MHz Pentium (or faster) to get a smooth frame rate in a game that looks this crumby. This is chop city, baby, and when you're trying to sword-fight with three undead skeletons a lousy frame rate is the last thing you need to deal with.

And then there's the artificial intelligence of the enemies - or should I call it artificial stupidity? These beasties are some of the most rock-stupid to ever prowl a dungeon, at least in recent memory. During the first adventure you encounter the Kobold, a minor threat even at their worst - but the last thing you'd expect is for a couple of them to start doing a synchronized soft-shoe routine when you run across them. Ghouls, zombies, and undead may see you invading their lairs, but they're apparently too tuckered out from the strain of being the walking dead to even bother with you until you bump into them.

But the horrors don't end there. A lot of the monsters you meet seem to have learned how to defy gravity itself: Giant rats float in midair, bats that have been hacked to death hover several feet off the ground, and even an undead skeleton can somehow manage to stay three feet off the floor. I guess that getting rid of all the zero-gravity stuff in Descent was just too much of a stumbling block for whomever it was who "rewrote" the Descent engine for this game.

Finally, there's the issue of sound-card support. Despite the fact that scores of DOS-based PC games (yes, DTU is a DOS game) support a huge variety of sound cards, thanks to sound libraries from Miles Design and others, DTU only supports the Sound Blaster family of cards. That's right, even if you have a card that's supposed to be 100 percent Sound Blaster-compatible, you probably won't get to hear sound in DTU; hell, they even had to put out a patch to support Sound Blaster Pro cards! And for anyone who dismisses such a complaint with "everyone has a Sound Blaster," I've got some news for ya: There have been a ton of medium- and low-priced systems sold over the past couple of years that have perfectly adequate sound cards that are - believe it or not - not made by Creative Labs! Such limited sound support is, in a word, inexcusable.

Even if everything in DTU were picture-perfect, this would still be a derivative game, treading the same path of all the AD&D computer games that inundated the market from the late 1980s into the early 1990s. But if it looked good and played smoothly there'd at least be some happy AD&D fans right now; as it stands, no one's happy, and in fact, a lot of people are downright angry. The lesson to be learned should be obvious: If you're gonna ride the hype machine, you'd better deliver the goods. Sadly, DTU doesn't even come close - and the worst part is that sometime over the next year or so we'll probably see this same story played out all over again.

So what have we learned today? That pushing a product out the door before it's ready makes loyal customers angry; that game developers should keep at least one eye on what's going on in terms of technology when working on a new game; and that if you buy Descent to Undermountain after reading this, you get what you deserve. 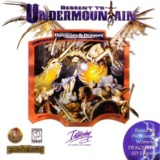 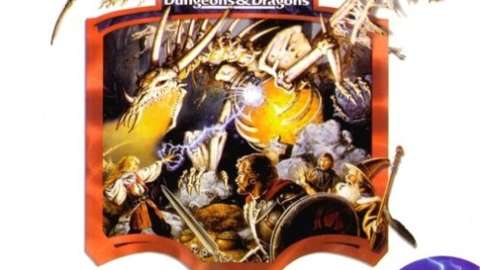 How could the company that produced Fallout also be responsible for one of the lousiest games to come down the pike in quite a while?