Demise: Rise of the Ku'Tan Review

Artifact Entertainment's Demise: Rise of the Ku'Tan has the straightforward hack-and-slash gameplay of a standard dungeon crawl ... but very little in the way of looks or sounds. This might not seem surprising, considering that the game's development began about four years ago and has experienced a number of delays since then. Unfortunately, time hasn't been kind to Demise; its generally crude graphics and poor sound effects do little to mask the flaws in its otherwise simplistic gameplay.

Despite the complex story described in Demise's manual, the game itself is nothing more than a first-person dungeon crawl. You start in the town of Dejenol and create a party of up to four characters from a combination of nine different races and 12 different character classes - though only a few classes are actually available to each race. You then set forth into the dungeon to fight monsters and search for treasure and experience points; as you venture deeper into the dungeon, you'll find tougher monsters and better loot. The adventuring is done in a node-based first-person view reminiscent of older computer role-playing games like Wizardry and The Bard's Tale. Your party will hack its way through the dungeon, loot the occasional treasure chest, and engage and kill (or be killed by) just about every monster it encounters, and gain experience points for doing so.

Unfortunately, Demise has a number of problems right from the start. The game's interface is divided into a convoluted set of mouse-driven submenus that clutter the screen. It's easiest to manipulate the interface using the game's keyboard shortcuts. But these shortcuts aren't printed out on a handy quick-reference card, as they should have been; instead, they're hidden in the pages of the game's hefty, yet vague manual.

Once you've created your party, you'll venture into the dungeon and begin the game's limited and repetitive routine: Fight monsters and gain experience points, then return to town to sell your loot, heal your wounds, and convert your experience points into character levels. And that's about it. Though over time your characters can advance to level 100 and beyond, they'll be doing the same thing at level 80 that they did at level 1: Enter the dungeon, fight monsters, head back to town, then head back to the dungeon again.

Demise's actual combat is hack-and-slash stripped down to the bone: It's round-based and completely automatic. Essentially, all you'll do is walk into a room with a monster in it, initiate combat, then sit back and hope for the best as your party and the monsters exchange blows in real time. And even if you can appreciate this sort of mindless, hands-off gameplay, whatever enjoyment you derive will always be cut short by your characters' inevitable need to head back to town to lick their wounds or gain a level. As such, even if your characters are extremely accomplished, they'll spend an undue amount of time on the easier upper levels of the dungeon, fighting their way out to get back to town or fighting their way back into the lower levels. You might think that Demise's up-to-16-player multiplayer options would add at least some diversity to the game, but they don't. Multiplayer in Demise is purely cooperative; there's no competitive play, no player-killing, and no real variety; it's just you and up to 15 other people wandering about, killing stuff, gaining loot and experience points, then heading back to town.

Perhaps as a consequence of the game's development difficulties and the delays that resulted from them, much of Demise looks rather outdated. Certain parts of the game, like the character portraits, are displayed with hand-painted 2D art - some of which looks quite good. Unfortunately, the majority of the game takes place in Demise's 3D dungeons. And the dungeons themselves - and most everything in them - look quite bad. They consist of tiled corridors and rooms, and many of these tilesets are overly simple and bland. In addition, these corridors and rooms are decorated with static fixtures that are simplistic and crude. The dungeon's denizens don't look much better - Demise's monsters are blocky, poorly animated, and, in some cases, downright silly.

And, unfortunately, Demise also sounds about as poor, overall. The game's background audio consists alternately of unobtrusive faux-symphonic tracks and ambient sounds, neither of which is particularly offensive, though neither is especially good. And some of Demise's sound effects, like the running water of a decorative fountain or the buzzing of a magical teleporter, are likewise acceptable. However, many of the game's monsters sound absurd, and nearly all of the game's monster-related events - such as when monsters flee from combat, steal money from your adventurers, or offer to join your party - are heralded by falsetto voice samples that are completely ridiculous.

Demise isn't a complete disaster - if you can forgive the game's poor graphics, silly sounds, and clumsy interface, and if you're satisfied with aimless hack-and-slash gameplay, you should by all means consider downloading the 100 MB demo. But if you'd prefer a single-player role-playing game with an engrossing story or an online multiplayer game with a sprawling world to explore, you should look elsewhere. 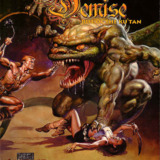 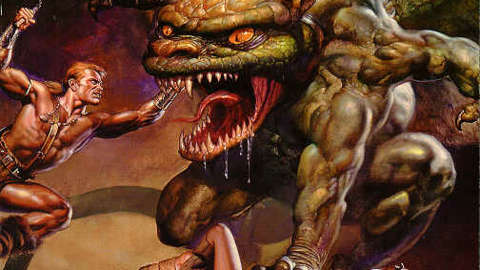 Demise: Rise of the Ku'Tan