Online connection issues and a dearth of content keep this fun hybrid game from reigning supreme.

Demigod is an action role-playing/real-time strategy hybrid that is notable for both what it does--and what it doesn't do. It does offers an addictive, click-happy gameplay model that combines elements of two genres into an appealing, competition-focused package. As one of eight demigods, you join either the forces of light or the forces of darkness and exert your hammer-swinging, spellcasting prowess, all while streams of AI-controlled reinforcements rush at each other on predetermined paths. If you're familiar with the popular Warcraft III modification Defense of the Ancients, you'll have an idea of what to expect here, even if the details and nuances don't correlate perfectly. Demigod doesn't offer what you would expect from a full retail product. Without any story-based single-player campaign, the intriguing backstory and heaven-gone-haywire atmosphere go disappointingly unexplored. Worse yet, online connection issues may alienate the game's target audience of competitive tacticians. It's too bad, because Demigod is a good-looking, great-sounding game that has all the right ingredients; it just can't quite combine them into a complete meal.

On the surface, Demigod plays simply: you choose from one of eight hero characters called demigods, and you and your fellow deities (either other players or the generally smart artificial intelligence) attack the opposition in a mouse-centric scheme reminiscent of action RPGs like Diablo. Additionally, you might cast elemental attack spells, perform healing buffs, summon minions to do your bidding, swipe at enemies with your sharp demon claws, and more, all depending on which demigod you select. There are two types of demigods. Assassins are solo warriors, geared toward direct damage, while generals can summon troops to aid them in their cause. Because you manage only one unit, playing as an assassin is akin to playing an action RPG, though each assassin plays quite differently from the others and offers even more variety within its own skill tree. For example, Unclean Beast specializes not only in fast melee damage, but also in damage over time, spitting poisonous goo on foes or emanating an ooze that diseases nearby foes--but reduces his own health as well. The Beast's skill tree opens up a number of possibilities, and as you level up during the match (a quick progression, as befits the generally quick matches), you'll choose from several paths. If you like spitting poison, you can focus in that area, but you could potentially disregard that range of spells entirely and focus instead on your frenzy skill, which unleashes melee mayhem for a limited period of time. Or, of course, you can combine them in ways that befit your play style and benefit your team's needs.

Playing as a general requires a bit more battlefield strategy, allowing you to summon minions to aid your cause. This entails more micromanagement (but not much), and it also makes these demigods more flexible. To summon minions, you equip idols, though you can possess only three at a time. There are multiple idols (and therefore companion types) available, so you can choose which minions will accompany you in battle. As with assassins, each general brings various nuances to the battlefield, which in turn leads to more variety than you might perceive at first glance. The paladin called Oak can place a flag on the battlefield that summons the ghosts of defeated reinforcements in its radius to rise and fight, while the healer Sedna can conjure trolls. The gameplay requires a bit more finesse when you're playing as an assassin, but it's still satisfyingly addictive.

Your upgrades aren't limited to spell trees, however. At your team's base, you can purchase a variety of gear and items that let you further tailor your strengths or assuage your weaknesses--and even apply universal upgrades that benefit your entire team. As you play, you earn gold by killing other demigods and capturing flags that control nearby gold nodes. In turn, you purchase equipment that improves armor stats, health regeneration, movement speed, and so on; consumables like teleport scrolls and health items; more expensive damage and buff items called artifacts; and fortress upgrades that, for example, increase the amount of experience team members receive or that improve the amount of damage defensive towers do.

This sounds complex, but the options come in a pleasing trickle, so they aren't as overwhelming as they sound. As matches progress, you'll return to base from time to time (either by foot travel, teleport, or, sadly, death), make a few purchases, and return to the fray. Nevertheless, you'll need to make tactical decisions based on how you prefer to play and to make up for potential weaknesses. Perhaps those speed-enhancing boots aren't your first choice of gear, but if crossbow master Regulus is on your heels, you may appreciate the boost. And you can't discount the strategic value of the AI-controlled reinforcements that flow from the portals on the map. These grunt armies make the battles feel even more epic, for when enemy grunts meet, chaos often follows--as do more possibilities for the warring demigods. Not only are they the best source of experience points, but they even have great value as damage-doers if you take advantage of their predetermined routes. It's a pleasant balance: simple, addicting, and flashy fantasy battles in one corner, and flexible, strategic progression in the other.

This mix provides an excellent, if not quite original, basis for some enjoyably anarchic battles. Demigod is tailored for competitive play, and online battles should, in theory, provide an unending tug of war between the forces of light and darkness. A semipersistent multiplayer mode called The Pantheon lets you earn favor points for your faction, and you can participate in one-off skirmishes with others. The big problem? Online play was barely functional at the game's launch, apparently due to the peer-to-peer networking mechanism that drives it. Connecting to other players takes an inordinately long time, if it happens at all. A connection dialogue window indicates which player is connected to whom, and there are invariably multiple players who cannot connect to others. As a result, the larger the match, the less likely you are to actually play. Furthermore, the game client may hang should you try to exit while the game attempts to connect players, leading to an unhandled exception error dialogue (and a game reboot). Connection issues are widespread, which is a disastrous blow in a game that requires online play to be of much value.

If you look for solace in Demigod's single-player offering, be aware that there is no story campaign to get lost in, only skirmishes and a tournament mode, which is essentially a series of ranked matches against the AI. Granted, the gameplay is intrinsically fun, the various demigods offer variety, and the number of options you can tweak help keep offline battles fresh. Yet with only eight maps to explore, you will soon long for a real campaign to flesh out the game's god-versus-god mythology, which is absolutely brimming with possibilities. The colorful visuals and fantastic sound effects merge wonderfully and make the battles between minor deities seem oddly authentic. The pounding of drums, the calls of wood flutes, and even the strum you hear when mousing over the game menus contribute to the atmosphere of polytheistic bloodlust. Leaving this rich milieu unexplored by a true narrative is an unfortunate oversight, particularly in a game this light on features. And while Demigod is relatively easy to learn, the lack of a tutorial of any kind will further leave newcomers cold and makes the game seem even more stripped.

In Demigod, the moment-to-moment gameplay is relatively simple. However, the varying play styles of each demigod, as well as the numerous tactical upgrades and items, offer fulfilling strategic breadth. Nevertheless, this is an overly streamlined package that doesn't hit all of the marks it should. Newcomers to this type of gameplay will bemoan its limited single-player options; competition-focused tacticians will be frustrated by crippling connection difficulties and will long for more arenas. It's a shame that these flaws are so conspicuous, because Demigod has an addictive and rewarding foundation that should have had more (and more-functional) features built upon it. 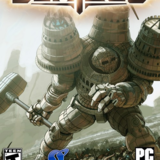