It will keep you on the edge of your seat and tuned to the action at all times.

In the original Delta Force, you played as a soldier in the US Army's elite commando and counterterrorist military force. The game overcame its graphical shortcomings by delivering top-notch action in both single- and multiplayer modes. Apparently NovaLogic was willing to bet on the same horse again, as Delta Force 2 uses yet another voxel-based graphics engine, but like its predecessor, its gameplay is good enough to buoy its less-than-stellar visuals.

Delta Force 2 offers around 45 single-player missions, including 25 sorties split between two campaigns and 20 stand-alone scenarios, in which you must prove yourself against large and heavily armed terrorist armies. In most cases, you'll work alone or with a handful of computer-controlled support teams. Most scenarios involve a clandestine attack-and-destroy mission against enemy bases, though many also include hostage rescue, recovery of stolen assets, and other commando-style objectives. The game also contains a powerful mission editor that lets you craft complex scenarios with relative ease and even provides thorough documentation for it.

The mission design in Delta Force 2 is generally excellent. Not only are most scenarios more difficult than the missions in the original, but they also seem realistic and believable. Although some are definitely influenced by Hollywood (one stand-alone mission conjured memories of the train attack scene in Lawrence of Arabia, for example), even these are a lot of fun from beginning to end.

Gameplay is very similar to the original Delta Force; once again, it emphasizes lots of long-range sniping punctuated by the occasional close-quarters ballet of full-auto panic fire. In many missions, you can work your way slowly towards the objective by moving and sniping until only a handful of indoor defenders remains. In other missions, time is more of a factor. Direct assaults are almost always a sure recipe for disaster, despite the game's ludicrously dangerous default mission waypoints. For this reason, most missions tend to last awhile - 30 to 45 minutes on the average. Also, you cannot save during a mission, so a lucky shot fired by the final bad guy requires you to start over from the beginning. Another potential problem is a glitch that lets some enemies see and shoot you through wooden or even stone walls. Fortunately, this bug only reared its head on a handful of missions, and always in the same place, but it will undoubtedly irk some players.

Yet another possible problem is the graphics engine. By using the enhanced Voxel Space 32 3D engine, NovaLogic made a design decision that adversely affected both Delta Force 2's gameplay and its viability on store shelves. Because the game uses grainy voxels instead of crisp polygons, much of the long-range combat in the game boils down to hunting for moving pixels. Also, because of the exclusively 32-bit graphics engine, Voodoo3 owners are left out in the cold: The game will only take advantage of hardware acceleration (which really only affects objects like trees, buildings, and vehicles anyway) on 3D cards based upon 32-bit graphics chips.

Fortunately, Delta Force 2 looks pretty good on a fast system. Even with the inherent blockiness of the voxel engine, the settings and characters look fairly lifelike. In fact, the gently rolling hills and impressive water effects make many of the maps quite beautiful, especially with 32-bit color enabled. Still, the frame rate was very choppy at 800x600 resolution on a 450-MHz Pentium II with a TNT2 card, though it looked fairly good and ran smoothly at 640x480. It took switching to a GeForce 256 card to make the game playable at 800x600.Unlike its graphics, Delta Force 2's sound effects deserve special praise, since they are some of the most convincing weapons effects you're likely to hear in a computer game. The M249 SAW in particular has to be one of the coolest-sounding weapons ever. Other effects, such as the zing of near misses and the bloodcurdling screams of your victims, help to create a highly believable environment that will keep you on the edge of your seat and tuned to the action at all times.

In addition to the sound, the gameworld itself is immersive and dynamic; enemy units respond in various ways to gunfire - some come running, some drop prone, and some seem to ignore the offending noise completely. These varied reactions ought to keep you on your toes, since you'll never know in advance. Also, because many of the missions are chock-full of enemies - dozens in some cases - you are forced to hide in tall grass as often as possible, which is a new addition to Delta Force 2. Though the grass looks like little more than big pixelated blobs on the ground, it does add a welcome element of stealth. It also works for the terrorists in some cases, as bad guys who drop prone in tall grass become nearly invisible.

Other new features include airborne insertions for particular missions. This is simply an automated parachute drop at the beginning of some of the scenarios, but it does add a little element of excitement - especially when you find yourself dropping right on top of an enemy patrol. Also, the game's interface has been cleaned up and improved; you now have access to a minimap at all times without sacrificing room on the screen.

However, much like in the original Delta Force, your computer-controlled allies are virtually useless if you deviate from your preplanned mission waypoints, which nearly always take you on a suicide run directly through the heart of enemy defenses. That's because they move based on triggered events, most of which require you to walk over a waypoint. Thankfully, you can modify the waypoints using the new commander's screen. You can also use this screen to coordinate the movements of your teammates during multiplayer games, which are one of Delta Force 2's greatest strengths.

Online sessions on NovaWorld are lively, frenetic firefights that are almost certain to turn the game's harshest critics into fans. Delta Force 2 is one of the most exciting and enjoyable online gaming experiences out there, despite the fact that some of the promised features haven't yet been implemented. The game supports as many as 50 players at once and features a wider array of weaponry than before and a new armory building that lets you change your weapon loadout without logging out. However, the new game modes, including attack and defend, search and destroy, and team flagball, are not yet available on NovaWorld. Fixed gun emplacements, which are by far the most intriguing of the new features, are not yet available either. But NovaLogic plans to roll these features out over the coming weeks. Performance on NovaWorld is good over 56K connections and even better over a fast pipe like ISDN, cable, or DSL.

Delta Force 2 is a great single-player game with an impressive multiplayer component. Owners of incompatible video cards should make sure the game is playable and palatable before buying it, but otherwise the game should have a widespread appeal among fans of tactical action games. While it doesn't deserve as high a rating as the first Delta Force since the two are so similar, Delta Force 2 can't be beat for free-ranging commando combat. 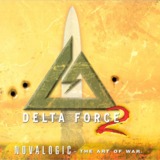 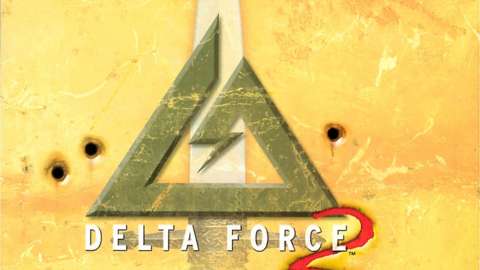 It will keep you on the edge of your seat and tuned to the action at all times.