Need somebody to lean on.

Defenders of Time is a wonderful tower defense game. The rush that comes from barking orders at teammates, frantically clicking different corners of the map for support, and scrambling to cobble together an effective defense during a competitive four-versus-four battle is difficult to match. The assortment of towers and upgrades gives you creative sovereignty from wave to wave, and while you might find an effective setup for a particular map on your first pass, experimenting with the placement and upgrade paths of your towers regularly leads to a better, more efficient solution. With enough practice and players, Defenders of Time is a joy.

Unfortunately, no one’s playing this game.

There aren’t deep single-player hooks to bolster its value. I often struggled to find even one other player during my dozens of matchmaking attempts, and that’s a fundamental problem for a multiplayer-focused experience. You can spend time honing your craft by playing any of the six maps by yourself, but even on the simpler stages, I struggled to keep up with the heavy workload. Defenders of Time is crippled by its diminutive player base, and that’s a shame considering just how much fun it can be.

The action appears simple at first. Visible to the player are colored lines that connect spawn points to bases. These are paths that clusters of creatures travel down, and placing towers on top of a single line affects its direction. Cutting off specific points will completely reroute the path and lengthen it to provide additional opportunities to deal damage, but placing a tower in the wrong spot can provide creeps with a direct route to one of your bases. The most basic maps present one or two spawn points, but complex locations have you monitoring four or five different lines connected to unique bases.

Keeping track of it all can be dizzying. Early on, I often left certain bases completely unguarded due to my lack of map awareness, opening myself up to heavy damage. I learned not to panic, though, as making mistakes is rooted into the game’s design. Matches in Defenders of Time move at a clip far faster than those of other tower defense games, so you don’t have time to dwell on each and every move. Effective play almost requires you to burn through your cash as soon as you earn it, and the ability to quickly sell towers--either basic or fully upgraded--gives you plenty of room for error. This need for quick thinking and decisive decision-making can be difficult to keep pace with, but after hours of experimentation, it becomes easier to both manage a map and maximize your artillery.

Basic towers deal minimal damage, so after accruing money by blasting enemies, it’s vital to upgrade these emplacements. Missile strikes, poison bursts, and chain attacks are all situationally effective, so how you build your armaments depends on the quantity and nature of creeps being sent your way. A strong grouping of area-of-effect towers might be effective when a large number of flimsy enemies arrive, but when faced with a small squadron of armored ground units, you’ll need to consider a completely different approach.

Controlling the map and preventing leaks in your defense is essential to keeping the 50 allies in your bases alive, but Defenders of Time isn’t all about defense. Each team holds an assigned Commander responsible for unlocking tower upgrades and unleashing creeps onto the opposing team. If your opposition has a rock solid ground defense, a swarm of flying creatures will likely slip through the cracks and chip away at their allies. The Commander needs to keep a careful eye on the enemy’s map, but the whole operation will fail if the remainder of the team isn’t effectively communicating what upgrades should be unlocked next.

The role of Commander is assigned to the player with the most games (and wins) under his or her belt, since directing the offense and defense demands a mastery of the mechanics and clear understanding of the maps. In a full game, the Commander is only in control of the upgrade path and creep dispersal. He or she can mark different spots on the map where towers should be built or use voice chat to suggest strategies, but actually placing and upgrading towers is up to the rest of the team. However, if there are fewer than four players, the Commander holds all the aforementioned responsibilities in addition to tower placement. It’s a mentally demanding role, and one that only a high-level player should attempt if they hope to come out with a win.

It takes a significant amount of time to feel fully comfortable with the mechanics and understand the advantages of each tower upgrade, and regrettably, the in-game tutorials don’t do you any favors. Short explanations of how to place towers and fulfill the Commander role are available, but actual explanations for the different upgrades and enemy types are reduced to text on the game’s website. If you’re looking for tips on how to extend spawn lines, combat certain waves of creeps, or approach the intricate maps, you’ll either have to suffer through hours of practice rounds or pair up with a more knowledgeable player.

Of course, it’s hard to find good teachers when few have had a chance to study the material. No one’s online, so you’re left banging your head against the mechanics until you understand what you’re supposed to do to survive from wave to wave. Owners of the game can invite their friends to download a demo version and join them as long as they’re online, but unless you have a large group of friends with PCs and a love of tower defense, this isn’t a viable solution. There’s a certain satisfaction that comes from crafting unique strategies and finding your favorite combinations of towers, but the lack of a true tutorial, paired with the absence of additional online players, can make Defenders of Time feel opaque.

It’s a shame, too. Defenders of Time is one of the smartest, most interesting tower defense games in recent memory, and while there isn’t a bevy of maps to be found, the strategic variety allowed by each zone ensures hours upon hours of enjoyment. Without a supporting cast of teammates or a proper tutorial, though, few will be able to see what this game’s all about. If you have enough friends to fill up a lobby, there’s plenty of fun to be had with Defenders of Time. Otherwise, you’ll be left angrily waiting around for someone, anyone, to jump online. 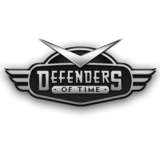 Josiah Renaudin isn't exactly a strategic mastermind, but he still enjoys testing his wits against other players online. For the purposes of this review, he played each of the six maps multiple times and even tried to lead a handful of teams as the Commander. 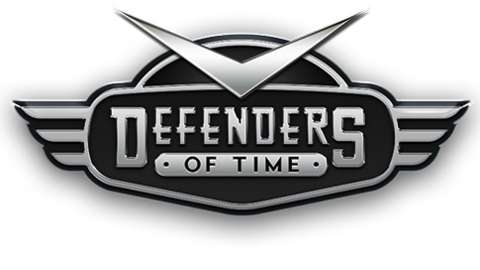 Defend the integrity of time with up to seven other people in this hard core tower defense game.