Though not a complex strategy game, Defcon's specific sense of style makes for a compelling and unsettling experience.

In a sincere act of tribute, developer Introversion has taken the deadly global thermonuclear warfare simulation from the classic 1983 Cold War film WarGames and fleshed it out into a full game called Defcon: Everybody Dies. The game stays true to the message of its source material, which is that there are no winners in nuclear war, though it does posit that perhaps with the right strategy, you can lose less when it finally does happen. The game's abstract visual style is absolutely striking, presenting Armageddon with a certain cool detachment, and the simple, clear-cut objective makes it an easy game to pick up. Defcon's biggest weakness is that beyond the queasy thrill of simulating full-scale nuclear war, there's not much structure.

A big part of what makes Defcon so intriguing is its presentation. The game's interface consists almost entirely of a flat, horizontally scrolling map of the world and how it looked around 1983, which means that if you look closely at borders, you'll see that East and West Germany are still divided, countries like Czechoslovakia and Yugoslavia are still in one piece, and most importantly, the U.S.S.R. is still united. Vector-based visuals and a purposeful lack of geographical detail on the map give the game a very clean look, and the simple icons used to identify radar arrays, missile silos, airbases, and naval fleets further the game's abstract feel. It has the look and feel of a pure military simulation, and touches like the dotted lines that trail a missile's trajectory and the white blots and kill-count numbers that accompany a successful nuclear strike lend a certain sense of authenticity.

One of the most chilling aspects of Defcon is the subtle ways it suggests that it's more than a simulation, something it does almost entirely through sound design. The sounds that accompany the action are appropriately blippy, and there's definitely something sinister about the Klaxons that sound when you reach a new Defcon level, but it's the ambient sounds that really set the mood. There's not so much music as there is a drifting, ominous instrumentation, and mingled with these dark sounds are the light hum of computers, the hollow wash of recycled air, some indistinguishable radio chatter, and the faint sound of someone coughing. Or is it crying? The ambient sounds end up looping after a while, but that doesn't lessen their effect of making you feel like you're holed up in a bunker, helping dictate how the world ends through a remote computer terminal. As a minor note, the game also features a pretty good manual, which comes off like a Cold War survival guide with explanations of what fallout is and some half-serious suggestions on building a shelter and fabricating your own fallout suit.

As a real-time strategy game, Defcon strips away all of the economic systems that arguably make many modern RTS games impenetrable to nonveterans, so it becomes purely a matter of military might. The world is divided up into six territories--North America, South America, Europe, Africa, Asia, and the U.S.S.R.--and in a typical game, you'll take control of one of these territories as you attempt to dish out as much radioactive damage as you can while minimizing collateral damage. The pace of the game is dictated by the five different Defcon levels. The game starts at Defcon 5, which is when you build. There are radar stations you'll need to see enemy units, silos that can act as either antiair installations or missile launch sites, and airbases from which to launch fighters and nuclear-capable bombers, as well as fleets of battleships, nuclear submarines, and carriers stocked with fighters and bombers that you'll need to place in the waters controlled by your region.

You can continue building into Defcon 4, which is when your radar stations will begin functioning. Once you hit Defcon 3, you lose the ability to build any more structures, but by this time you should be exploring enemy territories with your naval units and maybe attempting to engage your enemies' naval units. The setup continues in Defcon 2, but it's not until you reach Defcon 1 that you can actually start deploying nukes, which is when the game really gets interesting. Be default, every region starts out with the same number and types of units, which further simplifies the fundamental rock-paper-scissors dynamic. You'll find that it makes your job easier when you destroy your enemies' military forces, but the real goal is to make successful nuclear strikes on your enemies' cities, as the basic scoring is predicated on the number of civilian deaths you've caused.

The first four Defcon levels are timed, while Defcon 1 lasts until a certain percentage of the world's nukes have been deployed before it goes into the final two-minute-warning-style victory timer, which gives the game a unique pace, though you can speed up or slow down the action at will. It's seamless enough to play against artificial intelligence opponents, but Defcon seems very purposefully designed as an online game--simply choosing "new game" from the main menu puts you into a three-player game that anyone from the Internet can hop into. What's interesting, though, is how many different variables you can set before the start of a match, and what a profound impact these choices can have on the feel of the game. Simply altering the number of players can radically affect how a game plays out, since playing with the full six tends to cause players to form strategic alliances.

There are also a number of alternate modes that you can choose from. There's the accurately named office mode, which runs in a window with no sound that can be instantly minimized by hitting the escape key, and which runs strictly in real-time, meaning that it'll take you a good six hours to play a single game. Speed defcon works almost the opposite, running the game at an accelerated rate so that a single game will last no more than 15 minutes--not much time to go from relative tranquility to the end of the world. Diplomacy starts the match with everyone part of the same alliance, which means that everyone can see everyone else's units, creating a metagame of chicken to see who will break off from the alliance and start attacking first. BigWorld mode stretches out the length of the game by doubling the number of units but halving their size and radar range.

Beyond even these preset modes, you can choose different scoring methods that don't penalize you for the deaths of your own civilians and tweak a number of other granular options such as the number of territories each player is allowed to hold, the number of cities per territory, whether the territories are randomly assigned, whether players have a fixed number of units or if they can choose to spend "credits" to customize their resources, and more. All these options give a lot of life to a strategy game with one map and a handful of different units, much more than you might expect, and our experiences with the game online were consistently good. Unfortunately, there's no dedicated single-player scenario mode, and the AI opponents, while fairly capable, aren't scalable and don't really play on an advanced level. Even when playing online, it's just a one-off match, with nothing in place for leaderboards or tournaments or anything of the like. There is a mode called tournament, though that's a bit of a misnomer, as all it really does is prevent spectators from chatting with the players. As hypnotic as the visual style and subject matter can be, eventually the lack of a greater objective makes the game feel a bit listless.

Even though the main source of inspiration for Defcon is more than 20 years old, and Cold War paranoia is a thing of the past, the game feels disturbingly relevant, and much like developer Introversion's past work, Uplink: Hacker Elite and Darwinia, there's truly nothing else quite like it today. It doesn't do any heavy-handed sermonizing about the price of war or the blurry lines between games and reality, but the game's matter-of-fact presentation of nuclear holocaust makes it hard not to ponder these topics anyway. 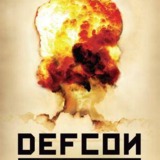 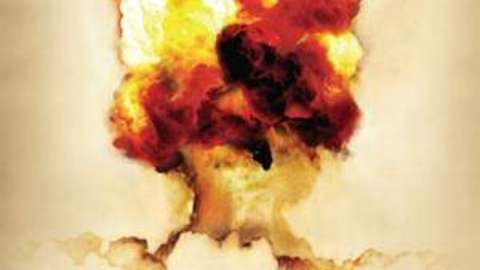 DEFCON: Everybody Dies is an online multiplayer strategy game based around the theme of global thermonuclear war, inspired by the 1983 cult-classic Wargames.