The newest Def Jam fighter may be an update of a nearly two-year-old game, but this PSP brawler still packs a punch.

The trend of old games getting new life on the PlayStation Portable rolls on unabated with Def Jam: Fight for NY: The Takeover, an updated version of 2004's Def Jam: Fight for NY. A weird mixture of wrestling, fighting, and hip-hop, Fight for NY was one of the big surprises of that year, providing a brutally enjoyable combat system and an oddly engaging character-customization system to go along with some great presentational components. Ultimately, it's because that original game was so great that The Takeover manages to fly. It's certainly not because of new or original content, because this port is decidedly lacking in that area. But if you never got around to playing Fight for NY on consoles, you'll find that The Takeover is a great way to experience what you missed out on.

For those uninitiated into Def Jam's urban world, the basic premise of the series is that New York's underground is run by a series of street-fighting crews. Money is made and respect is earned by these various brawlers by duking it out in arenas across the five boroughs. Also, many of the brawlers are played by real-life hip-hop personalities, ranging from East Coasters like Busta Rhymes and Method Man to West Coast stars like Snoop Dogg and Xzibit to dirty South crew members like Ludacris and David Banner. There's even a few celebrities from outside the confines of the hip-hop world, with actors like Omar Epps (House, Dracula 2000), Danny Trejo (Heat, Con Air), and Henry Rollins (Heat, Jack Frost) all making appearances as playable fighters. All told, there are 68 fighters available in the game, with a significant portion of those being real-life people.

The clashes of these various personalities and characters occur primarily within the game's story mode. Though The Takeover's storyline deviates from the original game's (it's actually supposed to be a prequel to the older Def Jam games, despite its liberal recycling of characters and situations from Fight for NY), you'll still play a nameless up-and-coming thug brought into the world of underground street fighting after rescuing one of the game's personalities from certain doom (in this case, Manny, the tattoo artist and fighter, rather than D-Mob, the gang boss from Fight for NY). Once you're in, you're given the opportunity to sculpt your character using the same type of sketch-artist system as the first game. There aren't a ton of options available from the get-go, but you can make a suitable character of varying races, builds, and facial constructions. When that's over with, it's on to battle.

After you've claimed one of the five boroughs as your hood, you get to work almost immediately, jumping into battle against the various brawlers of this fair city. You'll be doing a lot of fighting, too, so it's good that the fighting engine is so strong. Like the Def Jam games before it, The Takeover uses a version of the old AKI wrestling game engine, though this isn't just a wrestling game. Each character is given a choice of up to five fighting styles, including wrestling, submissions, kickboxing, martial arts, and street fighting. When you start out, you can only choose one basic style, but over time, you'll earn training points that can be used to buy both new moves and new styles. In all, you'll be able to add up to three different styles to your arsenal. Combining new styles fundamentally changes the dynamic of how your character plays, as well as what moves he uses. A wrestler will start out relying heavily on grapples, but if you toss in submission moves and eventually kickboxing, you'll find yourself shifting more toward kicking combos that set up for a grapple and lead into a submission hold. And if you prefer to focus your efforts, you can learn the same style three times to up your skill at it and gain new maneuvers.

In the ring, or the arena, or the warehouse, or the bar, or whatever other seedy place you're fighting in, your goal is to knock your opponent out or make them submit. Most times you'll just be KOing them, however, and apart from your typical moves and special attacks, you can use the environment to your advantage. Throw opponents up against the wall, grapple them, and then use one of several different ways to smash their face into the aforementioned wall, for example. Or, you can toss an opponent toward the crowd, and they'll hold the fighter while you walk up and smash a beer bottle over the person's face. You can even toss clouds of dust into an opponent's eye if you happen to be on a particularly dirty floor.

With so many different ways to bust down an opponent, and the relative ease of the controls and combos, The Takeover is not an overly tough game. If you find the normal difficulty too breezy, there is a harder difficulty mode. But the satisfaction derived from the combat is more about the sheer brutality of the action than it is the difficulty of it. Every single hit in The Takeover looks like it hurts badly. From the way the camera shudders when you lay in a particularly brutal strike, to the cringe-inducing cracks and smashes of people's faces, bodies and limbs being broken into pieces, to the sheer ludicrousness of the game's various finishing maneuvers (playing jump rope with your opponent's body, anyone?), The Takeover is raucously entertaining in its depiction of street combat.

Beyond the beating and bludgeoning of people, you'll also spend a great deal of time throughout the story mode upping your rep and customizing your character. Apart from upgrading his fighting skills, you can buy a variety of licensed clothing items, get tattooed to the hilt, acquire new hairstyles, and even buy some bling from hip-hop's favorite jeweler, Jacob the Jeweler. Though most of these customizations seem purely cosmetic, they play into your fighter's charisma rating, which determines how quickly you fill up your finishing-attack meter.

Between the combat and the character upgrades, there's a lot to like about The Takeover's story mode. Unfortunately, this storyline isn't as compelling as its console predecessor. There's not an awful lot of actual story to this mode, and it comes exclusively from text messages sent to your in-game cell phone and random bits of text-based talking-head dialogue before fights. One of the best things about Fight for NY on consoles was the voice acting from the fighters throughout the story mode, and there's very little of that here. On the same wavelength, pretty much all the story cutscenes from the console game are gone too, and there aren't any new ones in their place. The progression also has a meandering feel to it for a while. You spend a lot of time going out and fighting guys for tacked-on reasons described in text messages. Some guy just tagged up some crew member's new car or someone kidnapped someone's girl for no explained reason, to give a few examples.

Eventually, you get to the part in the story where the added subtitle of The Takeover starts to make sense, as you will be competing to take control of all five boroughs. But it takes a while to get there, and the ultimate payoff isn't quite as satisfying as it was in the last game. It's all well and good that EA didn't recycle the same storyline from a two-year-old game, but the new story, while reasonably enjoyable, isn't quite as good.

There's also not a lot of new content in this game. Outside of the story mode, there's a basic battle mode where you can fight in any of the available arenas against the computer, and there's a two-player ad hoc multiplayer mode, but that's about it. One new fight mechanic has been added to this game in the form of mounted grapples. When an opponent is on the ground, you can perform a grapple that will mount you on top and let you rain down blows on the foe's helpless skull. If you're adept at submissions, you can also transition into a hold. This mechanic isn't exactly game changing, but it does give you more ways to pummel someone silly, and that's always bonus.

Another area where The Takeover hasn't changed much is in the realm of graphics, but in this case, that's less a criticism and more a laudable feature. The Takeover looks practically as good as the PlayStation 2 version of Fight for NY. You can see a few key areas where the developer skimped on texture quality for the sake of getting the game to run smoothly (specifically, in clothing textures and crowd graphics), but these little sacrifices help immensely. The models for the fighters look absolutely top notch, and the fighting animations are smooth as smooth can be. The frame rate almost never drops, and the action moves at an incredibly quick clip. Even the environmental designs still look excellent. From packed nightclubs featuring a cage to fight in to back alleys with cardboard laid out on the ground to soak up the blood, the game gets the gritty atmosphere right. The lack of voice acting hinders this atmosphere a bit, given the lack of foul-mouthed smack talk between fighters, save for prematch scenarios. However, there's still plenty of text-based cursing (that's perhaps a bit overdone) and plenty of uncensored hip-hop making up the soundtrack, all of which is more than appropriate for the theme of the game.

What it boils down to with Def Jam: Fight for NY: The Takeover is that if you already took the plunge with the original Fight for NY back in 2004, there's nothing particularly pressing about this PSP update to require a purchase. However, if you did happen to miss out on such a quality game back in the day, The Takeover proves to be a great way to get acquainted with what you missed out on and is easily one of the best brawlers available for the PSP system. 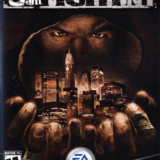 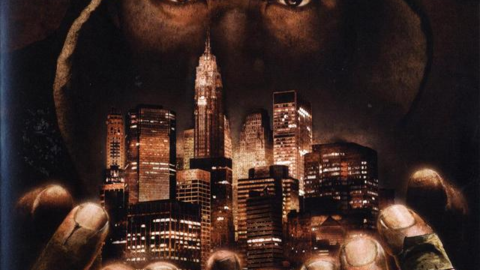 If you like wrestling games, fighting games, or even just the world of hip-hop, Def Jam: Fight for NY is a game well worth owning.