If you really want to play this game you should definitely pick up the import.

"Hereafter we will have desperate days with nowhere to escape... Deep Fear-Horror and Suspense." Such is the tag line for Sega's new ubergame, Deep Fear.

Recently released in Japan, Deep Fear is Sega's answer to the Resident Evil series. You take the role of John Mayor, a former Navy Seal who's currently a member of the Emergency Rescue Services team. You're stationed on a deep-sea research rig, located miles beneath the surface of the ocean, when things start to go awry. Crew members are turning into monsters eerily similar to the bosses found in Resident Evil 2, and it's up to you to get to the bottom of things.

While Sega may not have specifically tried to ape Capcom's successful franchise, the similarities beg comparison. Graphically, you'll find that Deep Fear is remarkably (some would say disturbingly) similar to Capcom's flagship series with its pre-rendered backgrounds and fully polygonal characters and monsters. While not as detailed as the models found in Resident Evil 2, the characters look at least as good as those found in the Saturn version of the first Resident Evil. Spanning two discs, the storyline is enhanced with a large amount of CG footage, which is very well done. On a side note, the voice acting, which is in English, is actually very well done, something that can't be said for either RE or RE2.

Gameplay also strikes a familiar chord with a setup, once again, very closely inspired by RE, with the right-shoulder button drawing your gun and the A button firing the weapon. Other buttons bring up your inventory screen, and if you have an analog control pad, you'll find moving your character around a breeze. The thing that separates Deep Fear from Resident Evil is that you're trapped underwater with nowhere to go. Add to this the fact that sections of the research rig are running out of air, and oxygen canisters must be found to replenish the air supply, and you've got a refreshing take on a familiar concept.

The music for Deep Fear has been composed by famed Japanese composer Kenji Kawai, best known for his soundtracks to Ranma 1/2, Patlabor 2, and for the Ghost in the Shell movie. The score is appropriately dark, and while it's not as ominous as the soundtrack in RE, gamers will find it remarkably effective. The thing that lets the audio portion down in Deep Fear is the sound effects. While the sound of boots clanging on the floor as you run around is OK, other effects like gunshots are badly done. A shotgun fired sounds nothing like a shotgun; instead, it sounds like popcorn popping. If only Sega had taken more care with the sound, this would have been a far more effective experience.

So, while it has been rumored that Deep Fear may actually make it over to the US, don't hold your breath. If you really want to play this game you should definitely pick up the import. It isn't very difficult considering the game's voice acting is completely in English. The only thing that would need translating is the item descriptions in the inventory, and even then certain menus like the oxygen meter and ammunition depot are in English anyway, so navigating this game is not very hard. While no announcements have been made, this would (or rather, should) be a no-brainer for Sega of America. 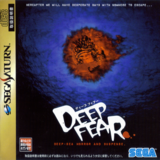 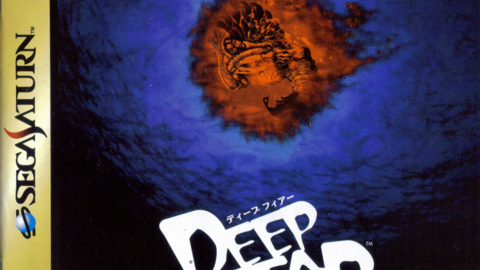 If you really want to play this game you should definitely pick up the import.