Some days you just don't want to get out of bed.

The experience of waking up with a foggy mind in a weird, unfamiliar hotel room is already distressing, but there are myriad ways it could be even worse. Let's say you blacked out so hard that not only do you not remember last night, you don't remember anything at all. Making things even more upsetting, there's an unconscious woman with her hands tied up laying in the bathtub. The real kicker, though, would be seeing a news report with your face on it describing you as a wanted serial killer. And now someone's knocking on your door…

Death Come True is the latest project from Danganronpa creator Kazutaka Kodaka. Much like that beloved adventure series, Death Come True places the protagonist in a horrifying, deadly situation where the only way out is to uncover the mystery of what's really going on. But the approach here is very different: Where Danganronpa told its twisted sagas of death and despair through visual novel-style presentations, Death Come True is presented as a live-action film with branching paths. While the heavy use of full-motion video (FMV) has seen an interesting comeback in games like Her Story and Control, Death Come True hearkens back to the simpler, experimental FMV adventure games of the mid-'90s--all the while reminding us of what was good and bad about those titles.

Protagonist Makoto has no idea where he is, how he got here, or even who he is--save for the TV report describing him as a serial killer--but he knows something's deeply amiss in this hotel. Things quickly go from bad to worse when Makoto, through your choices, makes another unsettling discovery: When he dies, he wakes up again in the same hotel bed to restart and repeat the same sequence of events over again, so not even death can free him from the bizarre reality he's trapped in.

The constant repeating of the scenario upon Makoto's untimely demise allows Death Come True to establish an interesting gameplay loop, since he can only remember things that have happened to him since he woke up in the hotel the first time. For example, you may make some choices where he encounters a particular character, gets killed, and then wakes up again--but now, he can remember specific details about that character and what they wanted, and use those to open up different paths and choices. Sometimes you may even be able to get a different outcome by picking the same choice as you did in a previous run, since Makoto now has additional information that can alter how things play out.

While gameplay doesn't get much more complex than "pick an option and watch things play out," Death Come True's narrative is nonetheless compelling and engaging, revealing plenty of interesting twists as the mystery behind the hotel and Makoto's identity unravels. The scenes are acted out by established Japanese film and TV talents, and while they are clearly filmed on a limited budget, the crew works well with what they have to establish an oppressive and unsettling atmosphere that often feels like it's collapsing inwards on its characters.

However, there's only so much live-action footage to work with and very limited interaction. As a result, Death Come True is very short, with a single playthrough lasting only a couple of hours. It's unfortunate, since it feels like there is a lot to be expanded on in the game's setting and story--it left me wanting to know so much more about these characters, their backgrounds, and the weird world they now find themselves trapped in. Everything wraps up pretty solidly, and there are two different endings, but I couldn't help but want to see more. Alas, the issues of brief length and lack of gameplay depth have cursed FMV games since their inception, and sadly, Death Come True encounters these same pitfalls. While you can go back to see the alternate ending, behind-the-scenes footage, and some of the deaths you may have missed, you'll still likely be wishing you just had more story to chew on.

Death Come True is an enjoyable but all-too-brief trip into a disturbing live-action mystery world that is a blast while it lasts. Unfortunately, when everything ends and the credits roll, you're left longing to spend more time with the characters and world you just experienced. Death Come True's throwback gameplay definitely scratches an itch, but it ultimately leaves you wanting for more. 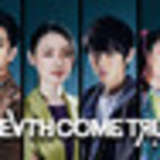 Heidi loves a good mystery game, and especially good mystery adventure games where also everything is disturbing and bizarre, so she was quite eager to give this one a go. She played it for about six hours on Switch to collect all of the content.