Deadlight draws you in with its rich, pervasive atmosphere, but doesn't give you much to do once you're there.

Deadlight is the moody journey of a troubled man struggling to find his family in the zombie-ravaged remains of civilization. Shadowed foregrounds and illuminated backgrounds help create an engrossing visual style, and the detailed environments makes you want to explore this world further. But atmosphere is more substantial than action in Deadlight. While some combat situations provide flickers of excitement, the bulk of your time is spent performing the same basic actions in rudimentary, repetitive situations. This lack of complexity dilutes the pleasure of this all-too-brief adventure, making Deadlight an alluringly dark, but disappointingly shallow experience.

Things aren't going so great for Randall Wayne (or the rest of humanity, for that matter). He is separated from his wife and daughter, and the survivors he was sheltering with were forced to flee without him. And so you embark on a lonely trek, accompanied only by Randall's introspective musings. As you progress and pick up small items in the environment, he talks about his family, his situation, the world as it was, and the nature of humanity. Randall has an appealing roughness about him, but he is hampered by inconsistent writing and uneven voice acting. Oddly phrased and awkwardly delivered lines keep his character from coalescing into a sympathetic protagonist., but he is nonetheless a suitable guide through this grim landscape.

It's not the people in Deadlight that draw you in, however, it's the world they inhabit. The deep foreground shadows stand out starkly against the dingy, detailed backgrounds. Though all of the action plays out on a 2D plane, the environments have a rich depth of field that enhances the illusion of a 3D world. Rooms dim and illuminate as you progress and the camera zooms in and out, adding some cinematic flair. A few neat visual tricks pep up the story, while lithe animations energize Randall and his enemies. These artistic elements work in harmony to make Deadlight a visually compelling game.

Unfortunately, the gameplay is not nearly as dynamic. It starts off fine as you clamber over fences, jump out of windows, and sneak through vents on your way through this ruined world. You move the occasional box and flip the odd switch, but progress is mostly a simple matter of figuring out how to move from point A to point B. There are some moments in which you must contend with finicky controls, but these rough edges are only an occasional nuisance.

The deeper problem becomes apparent as you continue on your journey. There is usually just one way to get out of a given room, and your course is often charted with tiny white arrows or glowing objects. A few out-of-the-way niches hide collectibles and the satisfaction of straying from the main path, but substantial detours are very rare. Linearity isn't inherently negative, but performing the same few moves to progress down a clearly marked path doesn't hold its appeal for long. Furthermore, the simple environmental puzzles consist only of the most basic actions, so figuring out and executing your next move is almost never a challenge. It's not long before you're just going through the same motions you've performed dozens of times before, and Deadlight starts to feel repetitive and flat.

When zombies get involved, the action gets a bit livelier. Avoiding them is your first and best tactic, so you learn to lure them into advantageous positions. Tempting zombies to gather below a ledge you are standing on lets you easily jump over them, and baiting the abominations into a pit or a trap is a great way to clear your path. These solutions are clearly telegraphed in many cases, however, so you rarely get the satisfaction of coming up with them on your own. Sometimes there is no other option but to simply be faster than them, which adds a welcome sense of urgency to your actions.

If you are beset, fighting can keep you alive and gain you some room to escape, providing you have a weapon handy. Randall can swing an axe as long as he has the stamina, but it can take most of your energy to knock down a zombie for the killing blow, so don't expect to chop your way through the shambling hordes. You also get firearms for part of the game (and the shooting animation is delightfully gory), but the ratio of available bullets to lurching zombies usually doesn't work in your favor. It's nice that Deadlight cultivates combat as a last resort, because it encourages you to think of other options.

Unfortunately, there are never many options in Deadlight, and it's usually obvious which one best fits your current scenario. In the three or so hours that it takes to complete the game, you feel less like you are trekking through a dangerous world, and more like you are acting out a script. Deadlight's engrossing visuals make it fun to play the part, but you'll wish you had more lines.

Interested in a few tips and hidden secrets? Check out our Ten Tweetable Tips for Deadlight and make the ruined Northwest a little more hospitable. 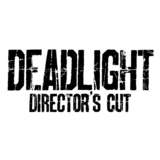 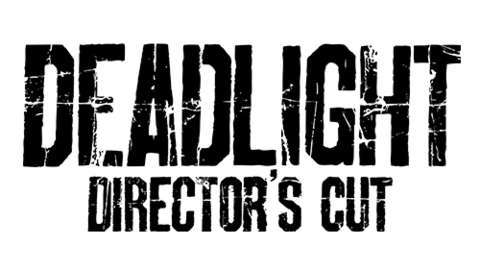 Deadlight is a cinematic action puzzle platformer from Tequila Works set in the American west coast in an apocalyptic world.