In the world of Harry Potter, where the laws of natural selection seem to favor whichever genes carry the most whimsy, there exists a species called a Boggart which takes on the appearance of your greatest fear, and is defeated by laughter. Unfortunately for the poor Boggart, there's also a spell that's laser-targeted on its ironic weakness, as Harry & co. discover in class. With the wave of a wand and the incantation "riddikulus," a Boggart in the assumed form of a giant spider gets shod with eight roller skates. A snake Boggart gets magically transmogrified into a Jack-in-the-box, which is actually kinda creepier, really. Alan Rickman ends up in a dress for some reason. I haven't read the novels, so the movies are a bit confusing for me. But the lesson of the Boggart is a familiar one all the same--you can master the object of your fear by rendering it absurd.

Our Boggarts are all zombies these days. "Walkers" in The Walking Dead, "infected" in Resident Evil, "vampires" in The Strain...all scary in their own right, certainly, but a zombie outbreak also tends to reflect back to us our fears about modern society. We watch our umpteenth cubicle-dweller swallowed up by the horde and think--have we become too sedentary? We stare, as fragile alliances of survivors fracture over who should make the run for the flare gun in the pickup's glove compartment--would we sacrifice ourselves for our loved ones? Could the government be *that* corrupt? Has the selfie generation become too self-absorbed to survive the apocalypse? It's all getting a little heavy and a bit overwhelming and then--

--suddenly there's Dead Rising, running zombies over with a lawnmower, hitting them with a gumball machine, jamming a shower head into their scalp that causes them to emit cranial fluids through the nozzle. Since the start of the last console generation, Capcom's brawler series has been one big clown nose on face of the undead, now three entries deep. The latest release--last year's Dead Rising 3--has been newly minted on PC, putting keyboard & mouse users in the jumpsuit of one Nick Ramos, Los Perdidos mechanic and nascent zombie-slayer. While the Apocalypse Edition is not the most lovingly crafted PC port around (locked at 30 frames per second and a tad jittery), the quality is agreeable enough, it supports controller or keyboard well, and the game's four downloadable content missions come bundled in.

The city of Los Perdidos is in a bad way. It's been all but given over to reanimated corpses, and as we join Ramos and his small band of leftovers, they're attempting to jury-rig a mode of transportation that'll get them out of Dodge. They're up against a fairly tight clock, but unless you're playing on the included "Nightmare Mode," it's not so tight as to prevent Ramos from indulging in a copious amount of assorted clowning and speciously relevant errands for the city's other survivors. Collect three spray cans, find that lost briefcase, and could you stop by the pharmacy on the way back? Games with this sort of laissez-faire attitude on direction tend towards morally inconsistent, strangely acquiescent protagonists, and Dead Rising 3 is no exception. Take Ramos' innocent, almost puppy-love sort of affection for a fellow member of his group, named Annie. When Annie flies the coop, he volunteers to capture and deliver her to a shadowy figure who wants her for some unknown end. A few scenes later, when it's revealed that Annie's part of a rebel band of "Illegals" (a real-world analogy that's invoked, then summarily ignored), Ramos is back by her side, and never a question is raised.

Ramos may only be marginally more perceptive than the shambling remains of the rest of the populace. But fortunately for him, the horde is less a threat than it is a slowly shifting, listless object to be acted upon--electrocuted en masse, perhaps, or paved over with a steamroller. As far as raisons d'être go, that's not much, even if Dead Rising 3's zombies get second billing to its unusual arsenal. The thrill of squishing them wears thin when you realize the extent of their haplessness--stand at the top of a ramp, and one after another will trip over the incline, forming a pile of dead undead without you so much as revving your chainsaw. Even a resurrected corpse deserves a little more agency than this, if only to make besting it a bit satisfying. Dead Rising 3 feels over-tuned to accommodate the player’s activity. Firing a weapon into the space between two zombies seems to consistently result in one of them getting hit. Player button presses feel prioritized in a way that makes the zombies appear almost deferential when you wade into their midst, brandished swordfish a-swingin'. It’s also quickly revealed that Ramos is immune to “the bite,” and you could say that this old chestnut represents a final breakage of the “there but for the grace of God” connection between survivor and shambler. Dead Rising 3’s zombies, thusly neutered and fully divorced from their status as once-humans, can more comfortably sit in the crosshairs of say, a leaf-blower that fires "personal massager" missiles.

Not your cup of tea? Perhaps the sledgehammer with grenades duct taped to its head, then? How about the vehicle that shoots fireworks that pierce zombies and launch them into the sky? At one point I stumbled across a dictionary that can be weaponized. Well played there, Dead Rising 3: you know everyone's got that one item they'd like to hit people with. There's a wonderfully diverse arsenal lying about, begging to be picked up and brandished by a curious player, and ad hoc weapons and vehicles can be thrown together with a few clicks of the mouse. It's a shame that these imaginative combinations can only be made once unlocked via collectible blueprints marked on your map, however. The tidy, rationed flow of blueprints kills the potential for creative discovery in favor of more prescriptive rewards. "Here's a traffic cone" Dead Rising 3 says, like a tween's exasperated parent, "Go do something with the traffic cone."

There's something of an evocation of Los Angeles' sprawl--four clusters of low-rise urban landscape connect via knotted highway ramps. But it feels too staged, too self-contained, and it quickly begins to feel like you're a lab rat, cycling around the same track, turning in the same colored blocks for the same pieces of cheese. Take a ride on one of the long-spanning causeways, and you can see the dead-zones to either side: empty plots of land at the corners of the intersections, cordoned off by barricades. There's a wearying amount of roadblocks in the playable space too, and they rarely divert you into interesting areas. Mostly they break up the flow of driving, which becomes immediately obnoxious when some errand inevitably forces you to commute back and forth between multiple districts. There is some clever staging, like an open-air fireworks store you just might blow through while driving a low-rider full of loose fuel tanks. But these exceptions make the larger blandness all the more conspicuous.

But hey, there sure are a lot of zombies. Many of Dead Rising 3's most enduring images come when you stand atop some burned-out car, surveying the field of hundreds of on-screen undead with their arms outstretched. You're a post-apocalyptic rock star, sometimes, and maybe you're even wielding a proper axe. Yet Dead Rising 3 reiterates the common lesson of zombie fiction: that in a world where the majority of the population eats brains, the salient dangers are still posed by your fellow man. In the long view, that danger comes from the power-mad general who'll be nuking Los Perdidos in six days. But in the here-and-now, the biggest threats come from the game's various human bosses. "Psychopath battles," as the game dubs them.

These fights are demonstrably harder than any zombified creature Ramos runs up against. There's even a cutscene where a new, frankly terrifying zombie type is revealed, and, lo and behold, when control is handed back to you it's mysteriously gone, later revealed to be a new enemy type that simply populates the streets--marginally tougher than the normal fodder, but equally susceptible to a flame-throwing steamrollercycle, as it turns out. The humans you fight, by contrast, are veritable bullet-sponges, and just intelligent enough to employ frustrating stun-locks that bounce Nick around the battleground, or charge moves that home in with a will. They all seem to pack multiple health meters. Scary stuff.

They're uniformly miserable encounters, and it isn't just because they're chock full of clumsy, tired mechanics that overtax Dead Rising 3's loose, brawler controls. One psychopath is a Chinese man, bearded and dressed as a monk, fought in a temple garden, who attacks you with a medieval polearm and kung fu. The game stops just short of playing "Chopsticks" as an accompaniment (but it does ring a gong). One is a sexualized policewoman wearing a Halloween-costume version of the uniform. One is a female bodybuilder that the developers, through Ramos, gleefully misgender. Another is a chap-wearing bisexual man in a pink cowboy hat. He has a phallic flamethrower.

Is there a Harry Potter fan in the audience? Maybe one with a good command of the series' bestiary? Because I think what we have here is a Boggart, reflecting back someone's subconscious fears about minorities. And to conquer those fears, they've cast a mean-spirited spell to turn the things that frighten them into ridiculous caricatures. It's a cruel portrayal, and superfluous besides: in a game that's ostensibly about zombies, shouldn't the zombies be scary enough on their own?

View Comments (880)
Back To Top
3
Bad
About GameSpot Reviews 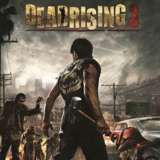 Nick Capozzoli played through Dead Rising 3's normal mode and downloadable missions over the course of two weeks. He is afraid of things that wear weird masks, but don't move or speak. Like that dog with the mask in The Unborn. Did anyone see The Unborn? That dog was creepy.