Dead Rising 2: Case Zero does a great job of rekindling memories of the first game while paving the way for the upcoming sequel.

There have been many different approaches to downloadable content so far this console generation, but nothing that has turned out quite like Dead Rising 2: Case Zero. This stand-alone snippet of the zombie-killing extravaganza feels almost like a demo for Dead Rising 2 rather than a miniature prequel. It comes out three weeks before the main game after all, and the limited scope gives you just a taste of what's to come. But don't let Case Zero's unorthodox approach to DLC keep you away from this great tease for the real thing. This bite-sized appetizer is the quintessential Dead Rising experience, luring you in with the promise of unrepentant zombie genocide, but keeping you glued to your seat with tangible rewards, alluring objectives, and a quickly ticking clock that forces you to move with purpose. Furthermore, a unique environment and story created just for Case Zero get you ready for the full-featured release. The core gameplay has changed little since the first Dead Rising was released four years ago, but the stress-inducing structure is as gripping as ever, making this unprecedented DLC an undeniable success.

Case Zero takes place three years after the events of the first Dead Rising, but the zombie flood has still not been stopped. Chuck Greene replaces Frank West as the star of this undead circus, and he brings with him a serious problem: His 6-year-old daughter has been bitten by one of the monsters. Luckily, the infection has not taken over her tiny body quite yet, but she needs a dose of zombrex every 12 hours to stave off the disease. It's a situation that works well within the core action because the search for more of this important drug gives you a compelling reason to brave the zombie horde. Despite the short length of this content (you can play through the whole thing in just a few hours), there's a lot of story. The simple quest for survival doesn't carry with it any important message like the anti-consumerist original was able to, but it still does a good job of keeping things interesting. Furthermore, there are different endings depending on which objectives you complete, and figuring out how to trigger them all gives this short game plenty of replay value.

The structure is identical to Dead Rising. You have free rein in this open world, but while you're completing objectives and killing zombies, you always have to be mindful of the ticking clock. You have a set number of in-game hours to find the precious drug and get out of this zombie-infested town alive, and if you miss an objective at some point, there's no going back. Although the structure is unchanged from Dead Rising, the save system has been altered slightly. You now have three save slots, so you don't have to worry about overwriting your progress if you make a mistake along the way but want to keep playing. The heavy emphasis on time management makes Case Zero more nerve-racking than your average zombie hunt, but it ultimately keeps things engrossing. The focused experience continually pushes you forward, sucking you into this world and ensuring that every choice you make carries a real consequence.

The town of Still Creek in which Case Zero takes place is not very large. You can walk from one side of the map (your safe house) to the other (the infirmary) in just a few minutes, and there are roughly a dozen buildings you can enter. The small scope is disappointing since you have to repeatedly walk down the same streets, but at least the game continually manages to be fun. The combat has changed little since Dead Rising, but it's still incredibly bloody and deliciously satisfying. Any object you find on the street--including newspapers, two-by-fours, and broadswords--can be used to finish off your brain-craving foes in style. Each weapon has a strong and weak attack, and it's a sadistic joy to pop the head off a zombie with one crushing swing from your baseball bat or sear its face with a burning-hot frying pan. The lack of combat depth does limit how much enjoyment you get from mindlessly whacking your foes, but there are enough weapons to keep things diverse, and the dwindling clock keeps you moving around the environment rather than picking fights everywhere you go.

The biggest addition to the combat comes in the form of weapon combinations. Certain items can be duct-taped together, and these creations serve as impressive tools of death. For instance, you can strap a shotgun onto a pitchfork to create something zombies will learn to fear. You impale them with the pointy end, hoist them high in the air, and then blow off their limbs with your shells. Or you can attach a battery to a rake and electrocute these decaying beings while you slash them. You unlock few recipes during the course of the game, but you can also experiment to see what you can come up with. The combos are all predetermined, so you can't just wrap a brick in some newspaper and toss it through a glass window, but there are a few different types to find.

There is one boss, an evil man who makes the zombies seem downright sympathetic in comparison. The fight itself is far too easy (you have access to an infinite supply of health items), but he's fun to fight because of his brutal weapon and dark backstory. There's also one sequence in which Chuck, a former motocross champion, gets to ride a motorcycle. It's a wonder this guy ever got his training wheels off, let alone hoisted a trophy in this sport. The sequence is brief, but terrible controls make it the weakest portion of this content. Furthermore, things take a little too long to develop in Case Zero. You have to play through a few chapters before survivors make an appearance, so on subsequent replays, you need only be on cruise control until that hectic chapter begins. Rescuing survivors is fun, but their AI is as lousy as that of the zombies, so you have to continually urge them on lest they get ravaged by the freaks. Another thing that has carried over from the first Dead Rising is long load times. Every time you go back to your safe house or save your progress, you have to suffer through an interminable wait, which puts a kink in the brisk pace.

Little has changed in the four years since Dead Rising came out, but that doesn't hamper this downloadable content too much. The unique, ticking-clock structure is different from that in any other open-world game, so anyone who enjoyed the original will have plenty to like in this miniature package. It does take only a couple of hours to reach the credits, but to see every ending and compete every objective, you'll need to come back a few more times. Plus, you carry over your rank into Dead Rising 2. The level cap of five can be reached in a couple of play-throughs, but it does give you a lasting benefit for your hard work. Case Zero is a great piece of downloadable content, giving you a peek behind the curtain before the full product is released in September. 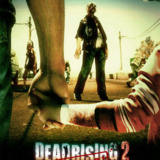 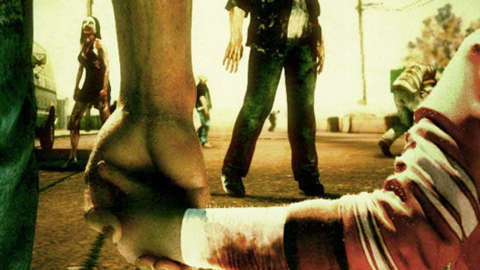 Case Zero provides the link between the first and second games.