An uproariously fun and enjoyable post-Apocalyptic adventure that is a little too familiar at times.

While plenty of games are set in a postapocalyptic wasteland, not many let you participate in the actual end of the world. In the case of Darksiders, this is precisely where the action begins. Influenced by games like God of War and The Legend of Zelda: Ocarina of Time (and often dangerously straddling the line between homage and plagiarism), Darksiders offers an expansive world to explore, with satisfying combat and intriguing puzzles to solve peppered throughout. Though it falls prey to a poorly fleshed-out story and overly complex controls that don't always work the way they should, Darksiders is nonetheless a thoroughly fun and visually engaging adventure that manages to take some old ideas and make them feel fresh once again.

As War, the red rider of the Four Horsemen, your job is pretty simple. An enforcer of the Charred Council, a neutral body that maintains the balance between the forces of heaven and hell, you apply pressure to make sure that both sides play fair in their endless bickering. Perhaps the Four Horsemen's most important duty, however, is to heed the call of the Endwar and punish anyone unlucky enough to be found on Earth. When you're somehow prematurely summoned to Earth, which begins a chain of events that ends with the unfortunate extinction of humankind and the victory of the armies of The Destroyer, it's time for vengeance. You are charged with the crime of upsetting the balance and are sent back to Earth to find answers, or die trying. Though it's a grand setup, once the first hour or so of gameplay passes, the plot quickly runs out of steam and devolves into absurdity. None of the characters you're introduced to are fleshed out beyond weak stereotypes and one-dimensional cliches, and the various plot twists and turns are predictable and unsatisfying.

While wandering through the great wasteland that was once civilization, War takes out his boundless rage on both the legions of The Destroyer and the armies of heaven in fun and brutal combat. Slow-paced and methodical, battles typically pit you against large numbers of foes, which the wide, sweeping strikes of War's weapons allow you to hit en masse. Once beaten to within an inch of their lives, enemies can be brutally executed with the press of a single button (indicated by a floating button icon above their heads), though some of the weaker enemies can be similarly dispatched from the get-go. Besides his massive sword, War can have a secondary weapon equipped (such as his brother Death's scythe), and it's simple to switch between the two even during a furious assault. With a quick sliding move that can be activated at almost any time to dodge an attack or break off a combo and switch targets, War is surprisingly nimble for such a bulky guy. This freedom, when coupled with your ability to transition instantly into an execution, makes fights feel extremely fluid, even when their generally slow pace is taken into consideration. But while it's incredibly satisfying to eviscerate an enormous horned devil or cut the wings off an armored angel, battle is, surprisingly enough for a guy named War, only one half of the equation.

When you're not on the warpath, there's an enormous world waiting to be explored and dozens of intriguing puzzles to solve along the way. Traversing from one area to the next isn't always straightforward, for your progress is often hindered by your gear, or at least by your lack of it. As you proceed through the many dungeons on your journey through Darksiders, you find that each one includes a useful new item, such as a bladed boomerang, a grappling hook, or an armored gauntlet, each of which opens up new paths for you to travel and is used in often creative ways to solve puzzles and defeat bosses from then on out. Puzzle complexity ramps up nicely, and each new variation encountered is a fair step up from the previous one. Though some can initially look overwhelming--such as a series of puzzles near the end of the game in which you must redirect a beam of energy from its source using mirrors, moving platforms, and interdimensional portals--they never feel impossible and are extremely gratifying to complete. At the end of each dungeon is a large-scale boss battle that puts what you've learned solving these puzzles to the test. These impressive, multifaceted fights are sometimes a bit on the easy side, but not so much that it makes them any less fun.

Throughout the game, you are constantly rewarded with new pieces of equipment, weapons, and abilities--every hour of gameplay yields something new, which keeps you wanting to play to see what's next. The unfortunate downside of this is that there are so many different things to keep track of that it can get confusing sometimes. Unfortunately, the complex controls don't do much to curb this confusion. Every single face button on the controller is used (sometimes for more than one thing), and some moves require combinations of buttons to be pressed. Certain actions, such as throwing a charged boomerang at several targets, require a dizzying array of inputs to be made: in this case, you have to tap the right analog stick to enter aiming mode, hold the left trigger down, paint your targets with the cursor, and hold then release the right trigger to finally charge the boomerang and toss it. Because only so many pieces of gear can be instantly accessible through the D pad, in the latter parts of the game you'll find yourself frequenting the cumbersome inventory menu to swap out items for easy access, which can be annoying. Finally, the controls aren't always as responsive as they need to be, which can cause you to flub a jump, miss a dodge, or inexplicably fall while hanging off a wall or ceiling when you meant to do something entirely different. This doesn't happen often, but it's always troubling when it does.

Though the world of Darksiders is one of decay and neglect following the premature apocalypse, it is still one of visual splendor. From the lush vegetation of the Drowned Pass to the barren desert of The Ashlands, a refreshingly bright and colorful palette is always on display. Varied and imaginative, the open world and dungeons look great, though there are some unfortunate graphical issues in the Xbox 360 version. Screen tearing is a huge problem that surfaces almost any time the camera is rotated, and it's bad enough to distract you even when you're just exploring. In addition, battles that get too big make the frame rate suffer, causing graphical slowdown. The PlayStation 3 version suffers neither of these issues. Action in Darksiders is punctuated by an appropriately moody and atmospheric soundtrack, and the vocal cast does a good job bringing the characters to life, considering how meagerly they're fleshed out. Mark Hamill in particular seems to relish his role as the Watcher, a sadistic demon tasked with keeping an eye on War (though it's a bit odd to hear him recycle his Joker voice so soon after Batman: Arkham Asylum).

Darksiders unapologetically borrows gameplay ideas and mechanics from all over the spectrum and is constantly cramming new ones in all the way up to the very end. While it's not innovative by any stretch of the imagination, neither is it entirely derivative, as these myriad features not only gel together surprisingly well, but when put together even feel fresh again. Though it's hobbled by a disappointing story and excessively complex controls (as well as some technical issues on the Xbox 360), Darksiders is a fun and entertaining adventure with a host of fair but challenging puzzles, a lengthy single-player campaign, and an engaging combat system. 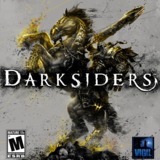 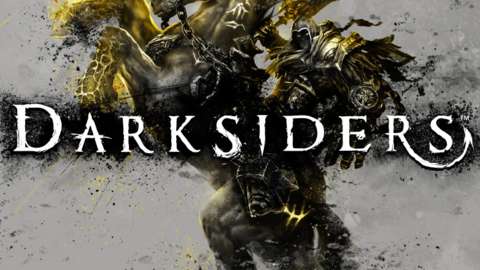 Play as one of the four Horseman of the apocalypse in this action adventure game.