The letterboxed, high-resolution combat view screen allows for comfortable peripheral vision and serves to boost the game's frame rate such that it screams on a mid-range Pentium. Gameplay is fast and simple, so while the rudimentary joystick may prove problematic, Darklight Conflict plays wonderfully, even with a keyboard. From the escort missiles, which fly alongside your craft and zero in on any approaching assailants, to the indirect but deadly fragmentation cannon, this game offers a wealth of unique special weapons for you to try - not to mention a very cool targeting system: A trio of 3-D arrows shows you exactly where your opponents are, while your computer automatically calculates the trajectory of the offending spacecraft with respect to your weapons, allowing you to line up your shots just right.

Your ship can take serious damage very quickly, so you'll need to get used to using your shields. They have a limited energy supply, and you can't fire your main weapons while your shields are active, so mastering the proper use of these defenses is key. You'll have a chance to pilot several kinds of spacecraft against scores of enemy fighters in over four dozen campaign missions, including a number of useful training scenarios. The missions tend to be furiously direct, and they range from old-fashioned dogfighting fare to search-and-retrieve operations. You can take a break from the heat of battle by browsing the online encyclopedia, which shows off and describes all of the objects you'll encounter in the game. Darklight Conflict packs a lot of action between its campaign, arcade, and six-player network modes, so it'll keep you occupied for a long, long time. And you can bet you'll be gawking at its visuals all the while.

The various polygonal spacecraft are beautifully rendered and tastefully texture-mapped. The ships are sleek and aerodynamic, unlike the blocky designs so common to the genre. But as good as they look flying about, they're oh so much more spectacular when they explode; a vanquished fighter detonates in brilliant fireworks, spraying shrapnel in every direction. Dramatic, semi-transparent, colored lighting effects and real-time lens flares the likes of which have never been seen in a PC game make Darklight Conflict nearly as exciting to watch as it is to play. Its audio keeps in beat with the graphics very nicely, with heavy-duty explosions and good mission voice-over, as well as a cool, moody techno soundtrack that captivates but never offends the ears. Darklight Conflict is among the most aesthetically attractive games of its kind. So what's wrong with it, anyway?

The fact that it's not touted as part of some big sci-fi franchise like Star Wars or Wing Commander proves a particularly punishing blow to Darklight Conflict. As good as the space fighters and capital ships look, they're completely foreign and take some getting used to. Darklight Conflict is an action game and not a simulation or an epic piece of storytelling, and in consequence it just doesn't have the immediate allure of something like Wing Commander. Regardless, it plays wonderfully, looks absolutely fantastic, and serves up hours upon hours of wicked deep space warfare. If you're looking for rock-solid gameplay, then you mustn't let Darklight Conflict slip through your fingers. 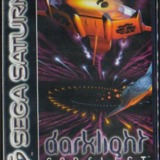 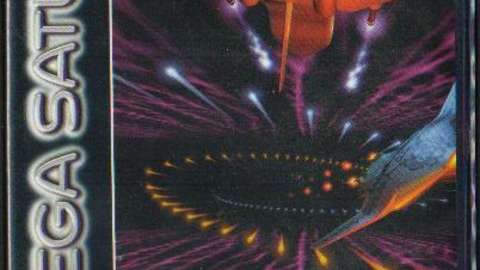