Whether or not you believe Capcom's tongue-in-cheek explanation of the origins of Dark Void Zero (included in the in-game manual), there's no question that the game is a blast from the past. The colorful 8-bit aesthetic expertly evokes a bygone era, and the vibrant chiptune soundtrack is extremely catchy. The jetpack-fueled platforming action embraces that old-school brand of difficulty without being too difficult. You will definitely take some punishment and probably see some game-over screens, but Dark Void Zero is so well balanced that it never puts success out of your reach. Though there are only three large levels, completing them all can take several hours, and by the time you're done you'll have almost certainly gotten your $5 worth. Dark Void Zero deftly captures the appeal of some of the best old-school platformers. The only letdown is that there isn't more of it.

The story in Dark Void Zero, told through comic-book-style scenes, sets up your mission to thwart a sinister alien race's plans to build a portal and invade Earth. You begin your adventure in the reddish canyons of the Void where the Watchers have built an outpost, and then proceed to infiltrate their base of operations. Each level has a distinct look and looping musical theme. Bright, blocky pixels are used to create a great variety of enemies and environments, and the chipper, surprisingly infectious music will put a smile on your face and a bounce in your thumbs.

To stop the Watchers from realizing their nefarious plan, you use a variety of weapons and power-ups. The five different guns each have different properties that you have to take into account, like rate of fire, range, and power. These guns are available for pickup at certain points in each level, and you can carry only one at a time. Knowing where to grab the best guns can give you a much-needed edge, but there are also choke points in each level that force you to pick up a certain gun and use it in a certain section. Dark Void Zero strikes a good balance here: if you are diligent, you can often gain an advantage by seeking out a particular weapon, but you don't always have that luxury. Similarly, power-ups are available only in certain places and last only for a short amount of time. Maximizing your gun and power-up use requires knowledge of the level and of your enemies, and it's one of the best ways to gain an advantage.

And make no mistake, you'll want every advantage you can get because your enemies are abundant and they respawn frequently. Sometimes the same ones you previously vanquished will return, while other times you'll be faced with a new, more deadly wave of foes. This variety helps keep the frequent backtracking from becoming repetitive, and keeps you on your toes. You have limited health that can be recharged with power-ups, but casually taking enemy fire will ensure your quick demise. Since you start off with only three lives, you need to be very careful to avoid taking damage. Observing enemy attack patterns, using the environment for cover, and maneuvering nimbly are all necessary survival tactics. The action in Dark Void Zero is so engaging largely because it requires agility and alertness.

It's also pretty great to have a jetpack. This bad boy lets you rocket skyward (hold the button) or hover and move in any direction you want (double-tap the button to engage hover). Much of the action in Dark Void Zero takes place in midair, and this freedom of movement allows for some clever level design. Like weapons, the jetpack is an item you pick up, and the game often makes it unavailable to you in certain sections. When you are airborne, you have to maneuver and shoot quickly and accurately, which can be a bit tricky to get the hang of. Players accustomed to analog stick movement and shooting may get tripped up by the fact that moving and aiming are both linked to the directional pad. This means that if you fly up, you aim up, so if you want to shoot an enemy on a platform above you, you have to fly up, tap to the side to adjust your aim, and then fire. This can take some practice to get the hang of, and it's easy to leave yourself exposed to enemy fire. Once you learn the ropes, though, you'll revel in your ability to zip around levels and tear through your enemies.

Success in Dark Void Zero isn't easily earned, but it is attainable. Though you may meet your demise more than a few times, each life makes you a better, more nimble flier. And though you may have to traverse the same corridors a number of times, each time through reveals better ways to maneuver through the cleverly designed levels. Dark Void Zero hits the sweet spot of difficulty; it's tough enough to make success satisfying, yet not so hard that victory feels out of reach. It makes you want to try and try again, and the great soundtrack keeps you bopping along with a full head of steam. It doesn't matter whether your first gaming system had knobs, a directional pad, or dual analog thumbsticks: Dark Void Zero's tight action and delightful presentation are sure to entertain. 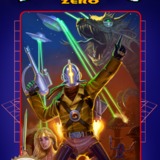 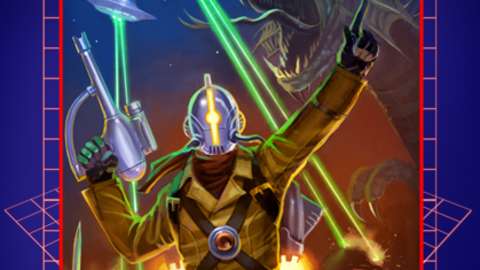