The cobblestone pathways and towering cathedrals of the eponymous Ringed City twist and melt into one another as they fall into oblivion. Here, at the edge of the world, an old woman quips that she feels like a god, looking over all creation as it races toward the end--of everything. These twisted landscapes make for a surreal backdrop and a fitting metaphor for the final chapter of Dark Souls. It's fortunate, then, that the Ringed City doesn't waste any of that creative energy.

As weird as the worlds of Dark Souls can be, their brutality tends to keep them grounded and tangible. With the Ringed City, however, those pretenses fall away. Your introduction shunts you through a series of monster-packed corridors interspersed with steep, bizarrely nonlethal drops down cliffs. These show your gradual descent into the nightmarish plane of the Ringed City--an apparent mosaic of the series' past settings now caked in ash and dust--and balance moments of desperation against bursts of fatalism. It's striking, tense, and emblematic of the expansion as a whole.

The Ringed City takes all of Dark Souls' ideas and presses them to their extreme. In previous games, high-risk, high-reward play was advantageous--but it's essential here. You won't find your first bonfire (a shelter from the universe's grotesque monsters) for quite some time, and even then it doesn't seem too useful. You'll rush out and die, without a chance to learn much.

Angels guard much of the area, and they can spot you from some ways off. The subsequent salvo of golden light-spears can tear through your health in an instant if you're not careful. And these angels can't be killed directly. At first, that seems like a breach of the series' guiding mantra of "tough but fair." However, it's there to upend expectations and encourage new styles of play--in this case, stealth--that the series had yet to explore. Once you know where and how to move, the area's still a challenge, but in true Souls fashion, it’s far from insurmountable.

It's a shame, then, that The Ringed City's brisk pace just isn't enough to give these new ideas the attention they deserve. Just as each new concept starts coming into view, you move on. An undercurrent of weighty themes and a dense overworld more than compensate, however. As a send-off for this trilogy, The Ringed City has to tie a lot of disparate threads together, and it manages this by focusing on its characters.

City has a total of four unique bosses -- more than any other such add-on for any game in the series -- and each is a blast.

Figures like Patches--a deceitful, murderous thief--conclude their arcs here. People in the Dark Souls universe fade as their will does. Over time, they lose their minds and go "hollow." Throughout the series, this little bit of lore has been leveraged as an analogue for the player. If the game gets too hard and you give up, your avatar could be thought of as "going hollow" within your game world. It's telling, then, that on the precipice of the apocalypse, the folks who made it are dogged, albeit with banal drives. These games have always used conviction of purpose as an analogue for how a weak-willed person can persist in spite of suffering. Patches, while he lacks compassion and strength of character, lives on through greed and suffering--tortured though his soul may be. Unearthing what sorts of karma this world holds for cheats becomes one of many lenses The Ringed City holds up for you. In effect, it asks you to look back on your time with these characters and stories and reflect on what they've meant to you.

Those less interested in dissecting what it all means will have plenty to chew on as well. The Ringed City has a total of four unique bosses--more than any other such add-on for any game in the series--and confronting each is a blast. Nothing here is half-done, and it shows. As with the rest of the expansion, bosses here remix classic ideas and incorporate a bevy of new twists.

The last duel is a poetic conclusion, pitting you against a force tied to the fate of the world and one of the series’ biggest mysteries--the story of the furtive pygmy. The fight is raw and chaotic, with your enemy mirroring the patterns and strikes of Artorias, a warrior corrupted by darkness and the central figure of the five-year old Artorias of the Abyss expansion. Exactly who the final boss of the series is, I'll leave out, but it does provide a perfect narrative arc for the franchise to end on.

Scenes like that are where Dark Souls succeeds best. It's not just inventive level design or epic boss battles or an engaging story--it's how they're seamlessly woven together. And that's made even more memorable when the choreography of a battle gives slight nods to its inspiration. Make no mistake, though: While The Ringed City, much like Dark Souls III as a whole, leans a bit on nostalgia and allusions, it earns an esteemed space alongside its forebears.

The Ringed City moves and ends a little too quickly--well before it gets all the mileage it can out of its setting and premises--but that's a small knock against what’s otherwise an exceptional send-off. A well of inspired locales and a renewed focus on the series' obsession with cycles, death and rebirth, and the passage of time, plus a few spectacularly designed and animated foes round out a worthy conclusion to a storied franchise.

View Comments (111)
Back To Top
8
Great
About GameSpot Reviews

Dan is a dyed-in-the-wool Souls fan and proud member of the Sunlight Covenant. They brought over a level-148 New Game+ character from Dark Souls III, playing through each over the weekend. Temporary early-access codes were provided by Bandai Namco for the sake of review, though Dan bought the expansion outright once the time was up. 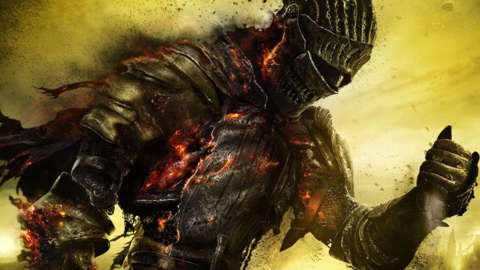 Dark Souls III is the latest chapter in the critically acclaimed Dark Souls series with its trademark sword and sorcery combat and rewarding action RPG gameplay.