Pandemic Studios' Dark Reign 2 is a fully 3D real-time strategy game that looks excellent and plays quite well. The game takes place on a futuristic Earth torn by a war between two powerful factions, the JDA and the Sprawlers. Each is equipped with infantry, naval, aerial, and tank units that attack each other with shimmering laser beams and explosive shells. All in all, Dark Reign 2 is a solid, balanced, and very polished game - which is why it's all the more unfortunate that its gameplay closely follows an otherwise unoriginal and limited formula for real-time strategy games: Gather resources, amass troops, and attack your enemy.

It's true that Dark Reign 2 looks great. Each of the game's units, from the poised Guardian and Castigar infantry units of the JDA to the Sprawlers' double-barreled Scorpion tanks, is extremely detailed. Each military unit fires weapons, like glowing lasers that strike their targets and explode in a burst of colored light, volleys of projectile ammunition that leave arcing trails of white smoke in their wake, bolts of searing lightning, or other equally impressive armaments. If you've seen any static screenshots of Dark Reign 2, you've probably already seen many of the game's slick-looking units and spectacular explosions. You may not know that some of the firing animations, particularly on infantry units, are stiff and awkward-looking, and that the debris that flies up in the air from a destroyed building is usually nothing more than poorly animated black polygonal chunks. But these are relatively minor problems in a game with otherwise excellent graphics - problems that for the most part don't make Dark Reign 2's futuristic buildings and various military units any less attractive.

You'll find these units in equally impressive environments: lush, grassy hills bounded by lakes and waterfalls; ruined cities strewn with futuristic wreckage; bleak, sandy deserts; and others. And in all cases, you'll be able to use Dark Reign 2's extremely flexible camera to pan, zoom, rotate, and scroll around the screen in more or less exactly the way you want. And thanks to Dark Reign 2's powerful graphics and terrain engine, you can zoom in for a close-up view of the treads on your Bulldog tanks or the curved healing staff of your Voodun priests - a view that has absolutely no tactical value whatever but looks great. And you can zoom back out to get a better view of the action - which you'll do often, to be able to take better control of your units - with little to no loss in frame rate or speed. In addition, Dark Reign 2 uses its graphics engine for both its in-game levels and for many of its real-time cinematic cutscenes. Though a few of these cutscenes feature close-ups on blocky, poorly animated characters, most of them look quite good, and the transitions between cutscenes and missions are seamless.

Regrettably, Dark Reign 2 doesn't sound quite as good as it looks. Most of the game's sound effects, like firing weapons and explosions, sound adequate but otherwise plain. And though certain units, like the spunky Sprawler Go-Gos, sound distinctive enough to be memorable, most of the game's units sound fairly generic. The rest of Dark Reign 2's voice acting is fairly good, including the spoken dialogue in the game's cutscenes. Unfortunately, the same can't be said for the game's musical score. Though many of the game's music tracks begin with or contain a stirring and ominous sequence that suggests a sort of epic grandeur, these serious sequences typically give way to disappointing industrial techno riffs that detract considerably from any sense of epic scale.

Despite whatever else might be said about its sound or graphics, Dark Reign 2 plays quite well. The mid to late games are often extremely strategic, and they require you to carefully select the right units for the right job. That's because Dark Reign 2 - like other strategy games before it - has a number of features to discourage early-game "rush" tactics with low-level units. For instance, most low-level units are fairly slow on their feet, and the game lets you defend your base with powerful and inexpensive stationary turrets from the get-go - turrets that will make short work of a simple squad of base-level troops. What's more, both of the game's factions may build powerful turrets that are specifically designed to wreak havoc on either airborne or grounded troops - though these specialized turrets themselves are usually vulnerable to attacks from enemies they aren't specifically designed to attack. In fact, most of Dark Reign 2's units are designed this way. Each has particular strengths - which can often be used to great effect against a specific type of enemy unit - and particular weaknesses that render them nearly useless in other situations. As such, you must build a balanced and varied army to succeed in Dark Reign 2.

Fortunately, the game provides a great number of interesting units with distinctive abilities, including cloaking devices, powerful anti-air or antipersonnel attacks, long-distance sniping, infiltration, theft, and more. Such distinctive abilities are not only interesting in their own right, but they also lend themselves well to combined-unit strategies. And the two factions' units are different enough to make playing each a different experience; the heavily armored JDA are much more straightforward and are clearly intended for less-experienced players, but their defensive power is balanced extremely well against the Sprawlers' ragtag crew of more exotic troops.

Dark Reign 2's interface is useful and informative but not cluttered. The game clearly shows how much taelon (the game's main resource) you've harvested and how much solar power (the game's secondary resource) you've collected. (Solar power collection relates to the game's day/night cycles, which affect both the quantity of solar power you can collect and some units' line of sight.) In addition, you can easily jump to any part of the map and manipulate the camera to get the best view of your units, which you can arrange in up to ten different squadrons. In fact, each of the game's interfaces - both the in-game menus and the multiplayer interfaces - is cleanly and intuitively laid out.

Unfortunately, Dark Reign 2 suffers from a few problems. First, the game uses a flawed system for unit pathfinding, in which each unit in a selected group attempts to move to its destination along roughly the same path. As such, it's not uncommon for your squadron to file along a path, then bottleneck around the narrowest point because the units in the front couldn't get past each other. This isn't quite as much of a problem as in other real-time strategy games, since many of the game's units travel at roughly the same pace, and most travel relatively slowly over land, which makes managing them individually slightly easier. Furthermore, though you can order your units to line up in rudimentary unit formations (wedge, box, line, scatter), your troops won't stay in formation once they move, which makes formations ineffective in practice.

But Dark Reign 2's biggest problem isn't a specific gameplay mechanic - it's the gameplay itself. Despite its powerful and extremely attractive 3D graphics engine, Dark Reign 2 ultimately fails to tread much new ground. To the game's credit, Dark Reign 2 does make good use of its 3D graphics engine and incorporates it fairly well into gameplay; for instance, mountains and hills play a real role as both impassable obstacles for ground units and useful surveillance and ambush points for flying units. However, Dark Reign 2's core gameplay is uninspired: As with so many other games, in Dark Reign 2, you must build up your own base, starting with a central command structure, then a resource refinery, then a barracks, and so on. Though each of the game's two factions develops differently later on in the game, each must still build and send unarmed heavy vehicles to harvest resources. And while it's largely unfeasible to attempt an early-game rush attack, the game still generally boils down to speed. The player who can quickly develop his base and create the most effective army by turning out units as fast as possible will still win. It's a formula that Dark Reign 2 has refined and balanced well, and it is certainly enjoyable for what it is, though it's the same formula that's been used in many other real-time strategy games before. 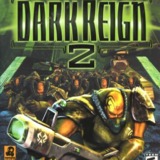 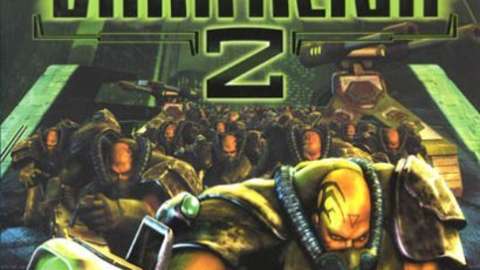