One of the first titles to actually improve upon the Doom formula, Dark Forces managed to rise above “me-too” status and become a great game in its own right.

After the release of Doom, gamers were besieged with more first-person shooters than you could shake a rocket launcher at. More imitative than innovative, most of these clones have long since been forgotten. Thankfully, LucasArts' Dark Forces has not suffered the same fate. One of the first titles to actually improve upon the Doom formula, Dark Forces managed to rise above “me-too” status and become a great game in its own right.

The story is straight to the point: the Empire has commissioned a new type of Stormtrooper, known as “Dark Troopers.” These devastating killing machines are being developed in several remote bases. As Kyle Katarn - a former Imperial Officer who has joined the Rebellion - you must investigate each exotic locale, searching for evidence and employing sabotage techniques to thwart the Empire's devious plan. Along the way you'll face an entire cast of familiar foes, including Stormtroopers, Imperial Guards, Boba Fett, and even Jaba the Hutt.

Using an enhanced engine that allows jumping and crawling, Dark Forces is more than just another 3D kill-fest. The levels are diverse and ingenious, with plenty of creative obstacles standing between you and your goal. These obstacles range from simple puzzles that open new areas, to arcade-like action tests that require you to jump along rocky crags and make your way across moving conveyor belts. While they can be occasionally frustrating, Dark Forces' diverse gameplay requirements make this title more mentally challenging than your average key hunt.

Of course, it doesn't hurt that the game is set in the Star Wars universe. It's much more fun to blast Imperial lackeys than faceless monsters. The familiar setting is enhanced by your enemies' taunts, like “Stop, Rebel Scum!” Dark Forces' only real flaws are its tragically short length - less than a dozen levels - and its lack of multiplayer options or add-ons, which severely limits the replay value. 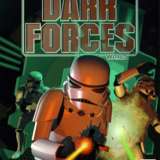 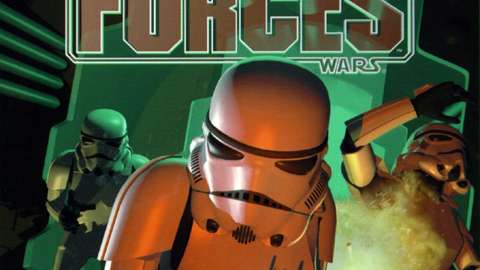