Adventurers longing for a deep and rich story, with carefully crafted characters, coupled with swashbuckling fighting action and challenging puzzles and problem solving, look no further.

Dark Earth is set three centuries in the future. Dust and debris from a cataclysmic bombardment by a passing meteor in the middle of the 21st century led to darkened skies and a decimated population. Survivors created small outposts beneath the few remaining shafts of sunlight. Over the centuries much of what led to the present state of affairs was long forgotten and primitive idol worship returned to Earth...with a twist. Remnants of what once was still exist and demand explanation. Secrets from the past are the foundation for power in Dark Earth's present.

You play Arkhan, a guardian of the local religious leaders, who worship the light. Early in the game an enemy "contaminates" Arkhan with a potion, which causes his appearance to mutate to that of a creature of darkness. As a result, his friends may turn against him as he looks for an antidote and tries to uncover the dark secrets that may destroy his family and home.

Using the cursor arrow controls, you easily maneuver Arkhan throughout his walled-city home, searching the dark recesses and beautifully illuminated temples for clues and comrades. The graphics are stunningly gorgeous. The shimmering colors, including translucent stained glass, are breathtaking. Each of the 100, fully 3D animated characters looks unique. As Arkhan and the other characters move, they change size to match the perspective, and the dynamic lighting sources throw properly proportioned shadows.

Game control options are excellent. For instance, inventory management is intuitive, and you can easily replay previous cutscenes and reexamine dialogues. Fighting controls are simple and a clever customized numbering system lets you call up specific weapons according to numbers you've assigned to them. One nice touch: When you change weapons, the new one appears in Arkhan's hand.

Gameplay takes place on several levels. The standard adventure inventory-gathering can be very challenging, as the environments are so richly detailed it takes thorough exploration to find the few important items. On the other hand, the puzzles, including a spinning knife maze at the end, are not all that challenging.

Despite six different styles, fighting is another of Dark Earth's minor weak points. You simply don't have that much control, and timing your moves is difficult. The save-game feature is clumsy - you need to locate save icons scattered throughout the environments. Finally, there are no user-selectable camera angles, which is especially irksome when fighting moves to the edge of the screen.

Still, there's a lot to like about this game. The attention to detail is remarkable, right down to Arkhan's actions when examining a location for clues. He might bend over, reach behind an object, or slide his hand over a smooth surface, all the while making appropriate comments. Gameplay is anything but linear. The best approach is to wander and interact with the many unusual characters. In something of a gaming rarity, the story is critical to your enjoyment. Even those who cringe at all the fantasy game-style character naming conventions will want to learn more about Dark Earth's people.

Kalisto Entertainment, Dark Earth's French development company, has worked on this title for more than three years, and the great care put into the game shows. There are even franchise plans in the works - Kalisto has already released a pen-and-paper role-playing version, and there are plans for a PC game sequel next year. Which is good news for those who savor high-quality adventuring. 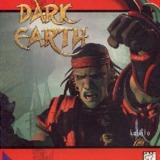 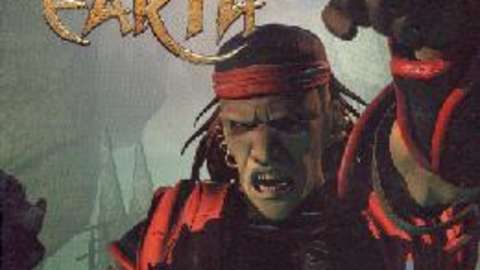 Adventurers longing for a deep and rich story, with carefully crafted characters, coupled with swashbuckling fighting action and challenging puzzles and problem solving, look no further.