There's nothing wrong with giving the proverbial nod to other game developers and incorporating successful elements of their video games into your own project. But if imitation is the highest form of flattery, Dark Cloud is the embodiment of Sony gushing over the competition. Its artistic elements and battle system owe a great deal to Nintendo's Zelda series, the heavy weapons management is reminiscent of Vagrant Story, and its world-building georama gameplay has been unquestionably inspired by the SNES game Actraiser. But no game has blended all these compelling and unrelated ideas together into one highly addictive and surprisingly cohesive experience until now.

You play as Toan, an elfin teen who bears a striking resemblance to Link of Zelda fame, with his pointed ears and green cap. One night while a festival is underway in his village, an enormous pink pig called Dark Genie destroys Toan's village under the command of the conniving Colonel Flag. With his community in ruins, Toan is asked by the guardian of natural spirits to rebuild the village and any other communities that may be attacked by the hulking piece of pork in the future. This unlikely story quickly takes a backseat to the scores of subplots that are featured in the game. Toan eventually allies himself with five other characters, reunites a couple who have been separated for hundreds of years, restores a warrior's internal faith, and much more. Dark Cloud's primary quest is flaccid, but it sets up the georama elements, and its wealth of subplots act as an effective distraction.

The first order of business when playing Dark Cloud is to enter one of the randomly generated dungeons and destroy monsters, plunder treasure chests, and collect items. There are just a handful of dungeons in the game, and each one contains 18 stages that look nearly identical to each other--the only differences being room configuration, object placement, and enemy selection. The most important items to seek in the dungeons are the atla spheres, which contain georama pieces. Georama pieces may represent entire houses or the objects that go inside or around them like fences, lamps, chimneys, and people. Once a building has been dropped into place using the georama's tile system, you can begin inserting any of the building's components you have collected. When all the pieces of a building or landmass have been installed, events occur that will move the plot forward, award you with a new ally, or provide you with an item that is essential to making headway in the game. The georama system is fairly simplistic, but its end result can be quite satisfying. Waltzing through a detailed 3D community that you built from the ground up and interacting with its denizens can be a great deal of fun regardless of how it was accomplished.

Dark Cloud's combat system is 100 percent Zelda. You lock on to enemies with the circle button and attack using the equipped weapon with the X button. If you hold down the X button and release it, your character performs a special move like a jumping slash attack or a powered-up projectile attack. Once locked on, you may strafe around the enemy, dart in to attack, or retreat with the analog stick. Up to three other bombs, spells, and remedies can be selected from a three-window interface with the directional pad, and they can then be triggered with the square button. Cycling through targets is accomplished with the L1 button, and guarding is mapped to R1. The combat system, while not revolutionary, is tight enough to allow you to appreciate the range and quickness of each of the six playable characters.

Each playable character has a unique set of strengths and weaknesses. Toan is the dominant, well-balanced character, and he carries the rest of the party through the adventure with his sword. The rotund Goro has a high attack rating with his carnival hammer but is slow of foot. Chao, a cat transformed into a human by a magical potion, uses a slingshot to keep enemies at bay but takes a great deal of damage when struck. Ruby, the purple-haired genie, uses powerful projectile magic but is vulnerable while casting spells. Ungaga has a wide attack range thanks to his spear, but the sweeping motions required to use it often leave him out of position to defend. Shida joins the party at the end of the game and offers help for the endgame sequences. Outside of the occasional boss fight, using the extra characters is little more than a formality. Swapping characters is continually required to perform mundane tasks like jumping over a gap, blowing harmful vapors away, or unlocking a door. Restricted-zone levels also pop up occasionally that force you to complete the entire level of a dungeon using just one character.

There are dozens of weapons in the game, and each one has a selection of slots that may be filled with a variety of attribute-altering items. There are items that give you enhanced abilities against specific types of enemies; items that change your character's ratings for attack, endurance, speed, and magic; and discs that beef up your weapon's fire, wind, ice, thunder, and holy capabilities. Each weapon has a specific number of attacks that it can inflict before it breaks and vanishes. Inevitably, you will lose a weapon you have spent hours of time leveling up and will not want to go back and start from the last save point. The only remedy to this situation is to save every 10 minutes, carry plenty of weapon repair powder, and watch the meter like a hawk. The attack meter leeches a great deal of excitement out of the game because it forces the player to refrain from getting mixed up in any sort of uncontrollable melee.

As you attack with each weapon, its level-up meter gradually increases, and when the meter reaches the top, the weapon may then be upgraded. Upgrading a weapon while items are attached allows it to absorb their capabilities. Once a weapon has reached level five, you may intentionally break it and trap 60 percent of its power in a synthsphere. The synthsphere can then be attached to other weapons to drastically enhance their abilities. The weapon management in Dark Cloud is deep and demanding. Keeping constant watch over your attack meter for fear of losing a cherished weapon can become a chore, but the attachment system is open enough that you can almost always alter your weapon to target the specific enemy types at hand.

Dark Cloud's graphics can be both stunning and disappointing. All six characters look great, and it's obvious that a great deal of time was taken in crafting their personalities through animation--the rotund Goro waddles while Chao prances on her toes just like a cat. The buildings you place are incredibly detailed and include polygonal dishes on the tables and heaps of modeled objects pouring out of the closets. The real-time spell and weapon effects are impressive, and they're visually scaled to match their impact on the enemy. Graphical tricks like real-time shadows, depth blur, and particle effects are prevalent in most settings, but overall, Dark Cloud's environments are a potluck. Brownboo Village, where the Ewok-like moon people reside, is both spectral and majestic with its rounded buildings sitting atop curved perches and shimmering particles floating in the air. Conversely, the port town of Queens is so bland and barren that it serves as little more than a plateau to place the restored buildings on. By the third stage of each dungeon, things become undeniably monotonous due to constantly reused textures and objects. More dungeons and fewer levels per dungeon would improve Dark Cloud's visual appeal immeasurably. Other graphical problems include flickering textures and a camera that regularly gets stuck behind objects while your character is locked on to an enemy. The monsters also tend to lack imagination unless you think a fish with a spear or a zombified elf is pushing the envelope. Dark Cloud would have been visually arresting if it had been available at launch, but now that the second generation of PlayStation 2 games are hitting the market, it falls a bit flat in this regard.

Dark Cloud's aural qualities are its weakest link. For a game that can take more than 30 hours to complete, the inclusion of just a few songs is inexcusable. One can only hear so many mandolins and flute trills before becoming disturbed. Some of the more dreamy compositions work well initially but lose their charm after being heard 10 times per hour. Dialogue for the characters would help Dark Cloud's sound substantially, but the story is told in text bubbles instead. It's somewhat understandable considering there's more than 100 NPCs in the game, but this is the sort of feature that DVD-based console games are supposed to facilitate.

As one of the longer single-player experiences currently available for the PlayStation 2, Dark Cloud successfully blends adventure, RPG, simulation, and strategy elements into one incredibly addictive game. Despite its gameplay quirks and repetitive dungeons, this game will handsomely reward those who invest the time to learn the nuances of its weapons system. While it's not the Zelda for the PlayStation 2 everyone was hoping for, Dark Cloud puts its own significant stamp on the adventure-RPG genre. 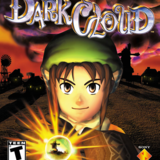 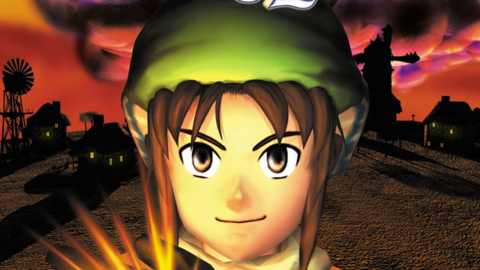