The development of Dark Angel probably should have been cancelled at the same time as the television series on which it is based.

When Radical Entertainment began work on an Xbox adaptation of the sci-fi television series Dark Angel last year, the show was a hot property. The allure of sultry leading lady Jessica Alba and the presence of James Cameron as producer and cocreator turned it into a pop-culture phenomenon. But it didn't last. The show flared out in record time, vanishing from the airwaves for good last spring after just two seasons in production. Alba moved on to a movie career, and Cameron went back to polishing the Oscars he won for Titanic.

Radical, however, was stuck creating a game for a defunct TV show. And it shows. Although it's impossible to say whether or not the developers' morale was affected by the cancellation of the series, this third-person action adventure plays like it was cranked out to fulfill a contract. Gameplay is a mix of elements from the likes of Buffy the Vampire Slayer and Splinter Cell, although Dark Angel lacks the enthusiasm of the former and the exacting challenge of the latter. The unfulfilling combat system and poorly implemented stealth mode turn up the frustration factor to a level where even the most die-hard Alba fan will turn back to reruns rather than finish this game.

About the only aspects of Dark Angel that might hold a fan's interest are the story and setting, which seem to have been lifted from the series in their entirety. You play as Alba's Max, a genetically engineered supersoldier looking to find her siblings and carve out a new life in postapocalyptic Seattle. Helping her in these tasks is Logan Cale, an "underground cyber-journalist" looking to expose corruption. The corruption that you're taking on here is the -I- Corporation, a company trying to speed along its research into genetic engineering by capturing Max, a prime specimen of such science.

However, the plot is meaningless once you start playing. Max is voiced by Alba, and series regular Michael Weatherly returns as Logan, but the story is so generic that the identities of the actors don't matter. Almost every level sees Max stranded in a run-down city district, with only occasional communiqués from Logan to assist her in getting to safety. Level design consists of little more than ruined streets, gates that can be opened with keycards, and barrels that must be blown up with a lighter to expose an exit. You always know exactly where to go and what to do. The developers practically lead you by the hand from one plot point to the next, going so far as to highlight the object you need to use whenever you get close to the location where you need to use it.

Also along for the ride is the usual assortment of bad guys ready to beat you into submission. Your best bet is of course to beat them up first, which is possible thanks to the initially intriguing combat system. As a supersoldier, Max can pull off a lot of comic-book moves. Along with basic punches and kicks, she can do flying backflips off walls, spinning uppercuts, roundhouse right crosses, and grappling maneuvers like a pro wrestler. Attacks are emphasized by the use of a Max Payne-like camera that freezes Max in midstride as she delivers a devastating flurry and then returns to regular speed as the victim is hurtled in the opposite direction.

But as engaging and as attractive as combat in Dark Angel can be in isolated instances, it never changes. Repetition is a big problem, and there is little challenge in fighting here. You can slap around virtually any enemy in the game in a one-on-one scrap, so most battles are wild melees where you're engaged with around half a dozen foes. Yet even these fights aren't much of a challenge. Combination moves are ridiculously easy to activate, as most involve nothing more elaborate than pressing the punch or kick button numerous times in succession. Employing the powerful spin uppercut, for example, takes just four quick presses of the punch button, while using the killer spin kick takes just four quick presses of the kick button. Although there are more elaborate combos available, especially when you whip Max into a fighting fury by maxing out the rage bar, you just don't need them to hammer the challengers into submission. Simply engaging in unthinking button mashing does just as good a job of taking out the bad guys as does executing planned moves. You get the feeling that Radical dumbed down the combat system for the benefit of those drawn to playing this game solely because of the Dark Angel license.

Still, that doesn't explain away all of Radical's questionable design decisions. Cozying up to casual gamers certainly doesn't clarify the reasoning behind the stealth mode. Many levels feature sections where you have to use the left trigger to slink up behind guards and knock them out before reinforcements arrive. This is a noble idea that would have gone a long way towards livening up the dull action mode, but it wasn't well thought out. Most importantly, the interface doesn't support sneaking around. You have a danger bar that changes color when in danger of being spotted, although it goes so quickly from green to red that there is no chance to get back under cover after an initial glimpse. Once you're seen, you're attacked immediately. And you might as well restart the level as soon as you're noticed, because at this point a timer begins to count down the few moments until overwhelming reinforcements arrive to take you into custody. If you haven't defeated all of the foes on the map before the timer hits zero, you automatically lose. Expect to lose a lot unless you're near the end of the level when first attacked, as you always face the near-impossible task of taking out five or six enemies in little more than a minute.

Other problems with stealth mode are caused by the graphical engine. Although you can swivel the camera around with the right thumbstick, it has an aversion to walls. Whenever you're trying to sneak by patrolling guards along a wall, it's impossible to tell where they are and whether or not they're looking in your direction because the camera won't fully angle outward. Climbing ladders presents you with another blind spot. Ascend to one of the landings where power-ups are generally deposited and you are prevented from moving the camera at all. So if you climb up from an area that's being patrolled, you have to just cross your fingers that a guard isn't looking your way when you decide to climb down. Overall, sneaking around involves more pure chance than skill. The only mark in your favor here is dumb AI that frequently allows you to take out soldiers in plain view of their comrades.

Presentation values mirror the basement-level production of the Dark Angel television series. Virtually every level depicts what looks to be the same desolate Seattle street scene, with identical burning police cars and garbage blocking intersections. A lot of art and objects have been reused, such as the dumpster that you can close with a kick and the ubiquitous videogame crates. Max herself looks reasonably good and is suitably animated, although her opposition is formed from just five or six character models. Most are soldiers, although as the game wears on you encounter different tough guys and some genetically altered humans. Audio hasn't been handled any better. Alba and Weatherly deliver their lines with the emotional impact of an automated voicemail system. Most of Alba's contributions are stock action movie one-liners or double entendres geared for her adolescent male fans, and frankly, they're embarrassing. Overall, don't expect to see any use of the Xbox's powerful video and audio hardware here. Aside from the significantly better loading times (which shouldn't be undervalued, considering the number of times you have to reload saves while struggling through the stealth missions), the game appears to be a straight port of the PlayStation 2 edition.

Finally--not that this is really a complaint considering the quality of the game--Dark Angel can be finished at the default difficulty setting in just an evening of play. All in all, the development of this game probably should have been cancelled at the same time as the television series upon which it was based. Questionable design decisions, terrible implementation, and the apparent lack of faith in a project doomed long before its completion make for a game that is more frustration than fun. 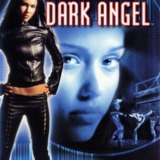