Darius Burst: Chronicle Saviours is the latest installment in Taito’s 30-year-old Darius franchise. It first appeared as a Japan-exclusive PSP game in 2009, eventually migrating to arcades, where it featured an elaborate cabinet that's two screens wide. While the series isn’t as well-known in the West as it is in Japan, it’s still widely regarded as one of the most influential shooting game series of all time; a legacy that Darius Burst captures well.

At first glance, Darius Burst seems like a fairly typical scrolling shooter: scroll along horizontally, fire weapons and missiles to take out waves of enemies, collect power-ups, and fight a boss at the end. What's different here, however, is the “Burst” mechanic: tap the burst button and you fire off an extremely powerful laser that causes tremendous damage to everything in its path. This is made more interesting when you consider that the Burst module can also be detached from the ship and aimed to reach hard-to-target areas. It also allows for a bit of added strategy--you can set it up in a place where it will auto-replenish by blocking and destroying waves of incoming enemies.

Environmental obstacles and challenging enemy encounters call for old-fashioned dodging reflexes in the middle of stages, but boss encounters are on another level entirely: these giant bio-mechanical monstrosities volley lasers, homing missiles, and waves of powerful energy bursts. Making things tougher is that many of the bosses come in various permutations, with each new version introducing stronger weapons and defensive maneuvers.

These challenging encounters are the game’s highlights, with many tense battles that end with your ship on the brink of destruction. Confident players can learn how to Counter-Burst: a destructive but difficult attack that requires you to Burst within a few frames of an enemy’s laser. Failed Counter-Bursts typically end in your death, but learning how to do them yields immense satisfaction, if also a raised pulse.

While Another Chronicle offers a semi-linear arcade mode where you pick branching paths to reach the end, the real meat lies in the robust Chronicle and Chronicle Saviours modes. Chronicle Mode is a direct port from the arcade game, and features over 3,000 individual missions for you to unlock and clear. Many of these missions include conditions that make things unusually challenging, such as removing power-ups or limiting your continues. Granted, not all of these are completely unique--stages and bosses are reused--but the wide variety of rules present in these challenges overshadows the presence of recycled elements.

The sheer variety on display here--and the authentic feel of the older ships--is a real treat, especially for fans of the series.

Elsewhere, Darius Burst resurfaces old material to great effect: the selection of ships in the game includes not only designs created for Darius Burst, but also ships from earlier Darius games, complete with their distinct weapons and shot patterns. Some of these make the game more difficult (the Darius I and II ships lack any Burst functionality), while others change the way you approach encounters (The Gaiden ship replaces the Burst with a screen-clearing Black Hole Bomb). There’s even a ship from the obscure Taito shooter Scramble Formation, the Murakumo, which features four detached weapon units and plays unlike anything else in the game. The sheer variety on display here--and the authentic feel of the older ships--is a real treat, especially for fans of the series.

The PC version of Darius Burst allows you to recreate the arcade experience by stretching the game across two monitors, creating an ultra-wide image. Otherwise, you have to accept the game's letter-boxed format, which squeezes the ultra-wide image to fit your display, leaving black bars on the bottom and top of the screen. The one exception to this rule is Chronicle Saviour mode, which is tailored for a standard 16:9 screen. Though four-player local coop is available, the lack of online multiplayer is a disappointment, especially given that there are some missions that can only be cleared with four players.

Even with these issues, however, Darius Burst is one of the best traditional shooters to come out in years. The visual design is excellent, the music is avant-garde and memorable, the boss encounters are thrilling, and it’s chock-full of challenges to keep you coming back and playing more. If you enjoy these sorts of games at all and are craving a finely-crafted, intense shooting experience that will keep you hooked for a long time, then Darius Burst: Chronicle Saviours is a worthy . 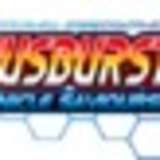 Heidi has put over 50 hours into Dariusburst: Chronicle Saviours across PC, PS4, and Vita, with plenty of challenges left to tackle. 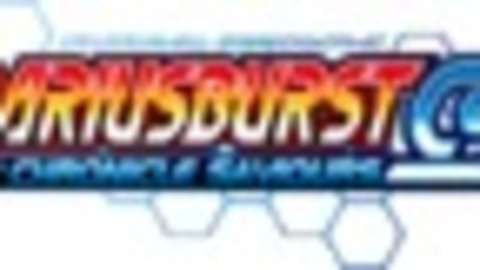