I don't often think about killing my friends. Why would I? In everyday circumstances, such a violent act would be inconceivable. However, what if my situation were changed? Danganronpa: Trigger Happy Havoc does away with the normal rules and routines that govern modern societies, and in doing so, is able to examine the desires that hide within everyone. What if the only way you could escape a prison is by killing a friend? Not a pleasant predicament, but one that works remarkably well in a fictional story. Danganronpa: Trigger Happy Havoc offers a fascinating look at the human condition, expertly delving into the machinations that would cause some to travel down an immoral path. Sure, killing my friends has never entered my mind, but everyone has a breaking point.

The setup pulled me in from the opening moments. On your first day at a prestigious high school, you're knocked unconscious, and wake up much later in a deserted classroom. Fifteen teenagers have suffered a similar fate and are now locked inside a heavily fortified building. There is just one way out: kill another student, and avoid having the crime pinned on you. Killing others within a makeshift prison is a concept that has been explored in other pieces of fiction, such as Zero Escape: Virtue's Last Reward and The Hunger Games, and works especially well here because Danganronpa does more than just explore the thoughts of people trapped in such a terrible place. After a murder is committed, you must judge your fellow students, and it's remarkable how quickly friends become enemies, and bitter truths are revealed.

You assume the role of Makoto, an ordinary teenager in a sea of overachievers. Everyone at the school is considered the ultimate in some aspect: Junko is the ultimate fashionista, Kiyotaka is the ultimate moral compass, and Celestia is the ultimate gambler. Your ultimate ability? Luck. Of course, winning the lottery only to be locked in a death cage hardly seems like good luck.

Danganronpa is focused on telling its story, so though you can move freely throughout the expansive school, your interactions are limited. Converse with a classmate to learn more about his or her backstory, or examine classroom objects to uncover information about the mysterious circumstances that initially brought you to this place. Most of the action entails walking around the school, learning more about the plot and characters. All of the amenities you could ever want are at the school, and make you forget at times that you're nothing more than a prisoner. Sure, you may never see sunlight again, but you can swim in an Olympic-size pool whenever you want and eat all of the donuts you can fit in your mouth. Life isn't so bad, is it?

Killing my friends has never entered my mind, but everyone has a breaking point.

Well, it actually is bad. At least for some people. Invariably, someone gets antsy and ends up killing one of his or her friends. And who could blame them? When Monokuma, a robotic bear who's also the mastermind behind your imprisonment, gives strong incentives to murder, someone is going to take the bait. And it's these moments that are so interesting. You spend time with these people. You learn who they are and what they want to become. So when a bloodied corpse is found, it's always unnerving. Someone you've grown fond of is no longer alive, and another friend is the perpetrator. How could someone do that? Yes, his or her family's life was threatened, or maybe a fortune could have been made, but is it really worth committing such a horrific deed to reap that reward?

Although you may never agree with the decisions behind each murder, you can understand them. Danganronpa treats the characters with respect. Rather than paint a suspect as a pure villain, or each person killed as a helpless victim, the game shows how much more complicated things are. The teenagers show a maturity well beyond what their young age would indicate. They're filled with emotional conflict, often showing a different outward face than who their inner self is, but it never feels contrived. We've all been in similar situations, when we put a good spin on a bad situation while desperately wishing to escape, or betraying the trust of someone dear to us for our own gain. So when characters act on their darker impulses, we see them with sympathy rather than disgust.

Sorry for being vague, but the nature of Danganronpa is such that any concrete details could ruin the intricately constructed plot. The game does a great job of surprising you with new developments without ever relying on twists as a narrative crutch. It's the slow stream of juicy tidbits that keep you engaged, the small details of a character's life or the nuggets hinting at why you're imprisoned. The few twists are taken in stride rather than being colossal revelations that derail everything you knew. Still, some moments that were meant to be shocking left me disenchanted. Danganronpa is all too happy to reveal that a character is really a different gender than you expected, or throw in a tired split-personality quirk, and though none of those gotcha moments are sensationalized, they add little of interest to the well-composed story throughout the rest of the game.

Thankfully, the odd missteps are rare enough so as not to distract from the gripping storytelling. When one of your classmates is murdered, you're given time to gather evidence before you make your way to the basement where a trial is held. Not only are large chunks of plot details communicated here, but the bulk of the secret truths that all of your friends hide come to light. Actions speak louder than words, after all, so even though a character may have been your closest ally before, you realize in the dark depths of the school what his ore her real motivation was. And, honestly, when you find out someone you liked is really a murderer, it hurts, because you were fooled just as much as the character that you're controlling.

The trials themselves are fast-paced, electric affairs that demand fast reflexes and sharp decision making. Four different modes within the trials do a great job of keeping things fresh. You may have to shoot truth bullets in an Endless Debate at fraudulent statements, using evidence you learned while searching the crime scene to shed light on a misconstrued idea. There's no way the victim could have held the sword if you look at her palm, right? And this loose doorknob clearly shows my innocence. Firing your truth bullet at the correct statement has the same giddy appeal as shouting "Objection!" in Phoenix Wright. There's an excitement in proving that you're right that is so hard to resist, and it's only after you show that someone was lying that you start to feel bad. Did you really just turn the spotlight on your friend? And now he or she is facing an execution if convicted?

There are other ways of presenting your evidence as well. Hangman's Gambit has you spelling out a word by tapping on swirling letters. Granted, this isn't nearly as exciting as the aforementioned Endless Debate, but it does serve as a fun change of pace from firing truth bullets. There's also a rhythm game called Bullet Time Battle in which you must wear down one of your friends until they admit the truth they've been angrily protecting. Again, it's fun to present your argument to the beat of the music, but I always felt bad afterward. Going into every trial, I wanted there to be a mistake. Maybe the body wasn't actually dead? Or the mastermind was behind the death? So when I cornered classmates, forcing them to admit their guilt, it was a victory tinged with sadness.

When you find out someone you liked is really a murderer, it hurts, because you were fooled just as much as the character that you're controlling.

Trials conclude in a manga-style re-creation of the murderous events. You have to piece together what happened before, during, and after the crime. If you put the pieces in the correct order, Makoto details exactly what took place, and the comic book panels come to life with animations of each act. Seeing your hard work pay off with such a clever revelation is always fascinating. Unfortunately, because the pictures are small, it can be difficult to know what they're supposed to represent, so it took a bit of trial and error to complete the puzzle. Still, I loved seeing the intricate details spelled out, and making me an active participant helped hammer home what occurred and my importance in solving the case.

After you see Danganronpa through to its enticing conclusion, you unlock a new mode called School Life that lets you explore your relationships with your classmates without any messy murder getting in the way. It's a welcome inclusion because there's so little time for extracurricular activities during the main story. There are small sections where you can talk to a classmate of your choice before the next killing happens, but students die or get convicted at such a high rate that they're likely gone before you have a chance to finish the storyline. School Life gives you unfettered access to everyone in the school, so I spent a few hours just filling in the missing pieces to their many backstories.

Still, School Life is lacking. There is a narrative hook in which you must build replacement Monokumas (the bear who's holding you captive is scared of being destroyed), and the process of doing so is tedious. Taking the form of a light strategy game, this process has you assign tasks to each classmate as you try to find parts for bear construction or clean the messy school. It's a harmless diversion, but without the dark cloud of the murder plots hanging overhead, it's hard to care about the by-rote activities.

Thankfully, the core story is so gripping that it doesn't matter that the ancillary features aren't up to snuff. Danganronpa excels in nearly every aspect, but two components left a lasting impression on me. First, the respect it shows toward every student, even those who commit the most heinous of crimes, makes you feel sympathy toward everyone, and yearn to understand what makes them tick. Second, the game doesn't revel in the violence of the deaths and the bleakness of the events. You're not a voyeur, after all, but one of them. Danganronpa is an excellent adventure with a story that celebrates the human spirit, even during the darkest times, and that optimistic viewpoint made me smile even when everything seemed to be going wrong. 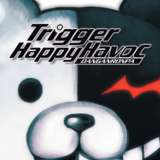 Tom has been fascinated by visual novels of late. Becoming a part of a clever story can be incredibly empowering. He spent a couple of dozen hours with Danganronpa and was sad to see the ending credits roll.