Danganronpa Another Episode: A New Hope

Children, by nature, have a tendency to be greedy, self-absorbed, and inconsiderate. They can even be downright violent. But it's also believed that, as ill-mannered and temperamental as they can be, kids still have a base morality that prevents them from causing grievous harm. While the thought of children turning homicidal is enough to send chills down your spine, it's a reality in Ultra Despair Girls, a third-person action spin-off from the Danganronpa series.

Ultra Despair Girls begins with a scene of an average, completely non-noteworthy high school girl, Komaru Naegi, lounging around her apartment in Towa City. Though she is a normal girl, her situation isn’t: she’s been held captive in this apartment by unseen forces for quite some time. The day finally comes when she is freed from her captivity, but this kicks off another struggle for Komaru. Towa City is overrun by a massive army of deadly, bear-like robots called Monokuma, and a group of children calling themselves the Warriors of Hope are staging the bloody revolution, inciting the city’s youth to murder adults and transform the city into a “paradise” for kids, free of the rules of their elders.

Plot-wise, the game is an emotional roller coaster. Since Danganronpa is a series that's notorious for not pulling any punches, you know everyone and anyone can be a target of unspeakable cruelty or have disturbing ulterior motives--yet it’s difficult to not get attached to these characters and their individual plights. There were points in the game where I felt my heart race and palms sweat--not from a challenging gameplay sequence, but from tense, emotionally charged story moments that shook me out of my comfort zone and into the harsh reality of Ultra Despair Girls’ world. Given its “kids murdering adults” concept, you can expect more than a few distressing revelations about certain characters and their motivations. Even when the action sections falter, it’s finding out what happens next in the story that will keep you eagerly playing.

Ultra Despair Girls is connected to the Danganronpa series thematically and narratively, but the gameplay is quite different--the previous titles in the saga were mystery adventure games that dealt with a murder among high school students. Ultra Despair Girls takes place right in-between Danganronpa 1 and 2 and plays off many of the characters and plot concepts introduced in those games. Otherwise, it introduces third-person shooting action into the mix, to varied degrees of success.

Komaru, being a typical high-schooler, isn’t quite as mobile or well-armed as your average shooter hero, but she still packs heat--a hacking gun that disarms the robots terrorizing Towa City. On top of that, her hacking gun isn’t terribly effective at first, and unless she hits a Monokuma square in its glowing red eye, it takes several shots before it goes down. Fortunately, she’s got a special friend in Toko Fukawa; you may remember Fukawa as the bitter, anti-social authoress Toko from the original Danganronpa. She has special abilities that make her an invaluable asset, but she also relies on battery power to flex these skills and occasionally needs a break in order to recharge.

Komaru's hacking gun has multiple capabilities: the Move bullet allows you to operate machines from a distance; Dance stuns an enemy briefly by making them dance uncontrollably; Knockback sends enemies and objects flying, and Reveal shows hidden messages and secrets. As the gun grows more versatile, the game begins to introduce more and more complex puzzles, which typically revolve around exterminating enemies by using all of your skills, often challenging you to find ways to destroy entire groups with a single shot. These puzzles make for a clever challenge, though every so often there's a key point of frustration that proves annoying, such as enemies being able to detect you in an area that seemed to be out of their range.

While Ultra Despair Girls offers a good mix between puzzle-solving and pure action sections, the latter are often the weakest part of the game. Komaru's feebleness seems intentional, but in some sequences--such as areas where you fight multiple enemies in a big, open map, and boss fights against larger foes--Komaru’s lack of mobility really begins to punish the player. Because you don't move very fast, it’s hard to cover a wide area or dodge attacks, and Toko's limited usage means you can’t rely on her to carry you through lengthier fights. Bugs occasionally crop up during big battles, too. Enemies called Monokuma Balls have an obnoxious sound effect that can continue playing even after you take them down, and twice the game crashed during particularly taxing fights, necessitating a complete system reset. In one case, I saved just before a fight, but in the other, there were numerous (thankfully skippable) cutscenes and short action sequences beforehand that I had to replay.

But ultimately, it’s not the gameplay that will keep you engaged with Ultra Despair Girls. Despite the shift in genre, the game's is almost as text-heavy as the two games that preceded it. The story is every bit as excellently written and engaging as the previous titles. In particular, Toko really works well as a co-star to Komaru with her weird brand of aloofness--she wasn’t a character I had pegged as one who could carry a spin-off when I first finished the original game, but the writers have done a fantastic job making her shine here.

The visuals and music add to the chaos of Despair Girls' world to great effect. Though the characters are true 3D models, unlike Danganronpa’s 2D pop art, they’re every bit as lively and strange and appealing. Likewise, the game makes use of a lot of similar stylistic choices to the main DR titles; for instance, the hot-pink blood returns, becoming a key part of the vibrant color-scheme that dresses many of the game’s environments. Bodies of the slain are bright red and blue, making the human toll of the children’s revolution all that much more apparent. Music-wise, the game uses a mix of new tunes and familiar Danganronpa themes, with the weirdly off-kilter, pop-inspired main tune giving a stark contrast to the awfulness happening around you. The only issue with the presentation comes during the game’s cutscenes. They utilize a mix of pre-rendered CG, anime, and flash-style animations from scene to scene, that feels inconsistent and somewhat lessens their impact.

If Ultra Despair Girls didn’t have so much else going for it, it would be a mostly-mediocre quasi-survival-horror-shooter with a few high points. But even with some very obvious gameplay issues, the sheer strength of the game’s setting, story, characters, and style manages to overshadow everything else, turning this into an absolute must-play for anyone already invested in the Danganronpa universe. As is a common theme in Danganronpa, the hope of more quality time with characters you grow to love overshadows the despair of crashes and a handful of poorly-thought-out gameplay sections. 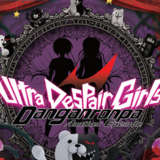 Heidi spent a little over 18 hours in the wreckage of Towa City. She’s quite tempted to go back and find all the files and scraps she missed on her first playthrough. How will the riveting storybook tale of Socki the ultra-kawaii sock end? 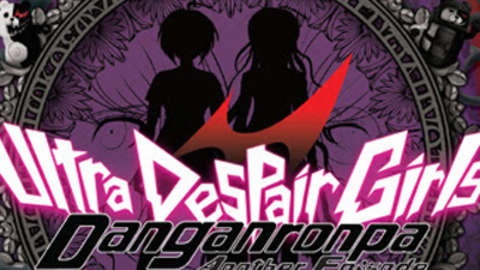 Danganronpa Another Episode: Ultra Despair Girls is an action adventure title where players will take on the role of two heroines, Komaru Naegi and Toko Fukawa, as they are thrust into a despair-ridden Towa City with one goal–escape.

8
Sign In to rate Danganronpa Another Episode: Ultra Despair Girls