Blood on the sand.

The "trapped on a tropical island" trope is one that's been used in storytelling for centuries. Frequently, it represents characters of varying socioeconomic backgrounds working together to survive and find a way to return home--or, barring that, engaging in wacky comic hijinks and making radios out of coconuts. It's a scenario that fascinates and uplifts, showing the spirit of cooperation and care for our fellow humans in the face of adversity.

Leave it to Danganronpa 2: Goodbye Despair to twist the scenario in every way imaginable. Instead of being stranded due to disastrous circumstances, the characters in Danganronpa 2 are taken to the sunny, scenic, and strangely abandoned resort of Jabberwock Island as part of a field trip organized by their school, Hope's Peak Academy. All of the students at Hope's Peak are members of what are called the Ultimates: youths of extraordinary talent fostered into the school to cultivate their skills and create hope for future generations--save for protagonist Hajime Hinata, who isn't entirely sure how he wound up in the class. The class of 16 is ostensibly here on the island to learn about the magic of hope and friendship, or at least, that's what the strange rabbit creature claiming to be their teacher says.

The trip goes to hell in the blink of an eye, however, as the malevolent mascot Monokuma makes a violent return. He's transformed the former resort into a nigh-unescapable prison: even though the islands have plenty of resources for the students to live comfortably, they will be stuck there forever unless they engage in his own version of Battle Royale. Kill another student and get away with the crime, and you could be the lucky one to survive and escape. As the situation gradually degenerates, will Hajime and the other students live long enough to discover the truth behind Jabberwock Island and Monokuma's disturbing game?

Danganronpa 2, like its predecessor, fuses text exposition with mystery puzzle-solving and action elements. The game is divided into several chapters, and each chapter has three parts. During Daily Life, you spend time interacting with your fellow students and advancing the story. After a certain point, what feeble harmony might exist shatters into Deadly Life, in which you must explore and find clues about a vicious murder. Every chapter wraps up with a Class Trial, where the surviving cast must convene to discover who amongst them is the killer. Choose correctly, and the killer is punished with execution; assume wrongly, and the life of everyone remaining is forfeit. The class trials are the highlight, brilliantly interweaving game mechanics with metaphors for arguments: you "shoot down" onscreen text arguments with truth bullets representing evidence, break down characters' verbal defenses and mental blocks, and dive into the depths of your own logic to uncover truths. As accusations fly, arguments heat up, and more pieces of the mysteries come together, you must guide Hajime through tension and raw emotion to uncover the culprit, as shocking as the truth may prove to be.

What fuels Danganronpa 2 is the sheer strength of its narrative. The story's twists and turns keep you riveted, delivering emotional highs and lows with true impact. Characters have distinct, unique quirks--part of their existence as Ultimates--that range from a narcoleptic gamer, to an aggressive bisexual chef, to a yakuza prodigy with short man syndrome. As the situation devolves you see the characters change, grow, and reveal other sides of themselves that give them depth beyond just being single-gimmick personalities. It's very easy to grow attached to the cast, which makes finding one of them dead--or discovering that they have a murderous streak to them--a terrifying and emotionally draining moment. All you can do is hope beyond hope that your favorites might make it through mostly unscathed.

The feelings of danger, fear, loss, and justice play well into the theme that's been established for the series since the first game: the duality of hope and despair, and how one begets another. When you participate in the class trials, you must find the truth to save yourself and your peers--but you are also condemning a person to death in the process. There are numerous mysteries about the island and its purpose to be solved, and it's satisfying to uncover answers to these questions, in many cases. One character in particular comes to embody this concept of duality in a very unique and interesting way, and the way their saga plays out over the course of the game is exceptionally memorable. Danganronpa 2 definitely not a happy game, but the underlying messages of hope against overwhelming odds and not giving in to despair is both uplifting and inspiring.

This is a great game, and much of the actual gameplay is very similar to the original--which certainly isn't a bad thing. The most significant changes are some of the mini-games played during the class trial sections. The new version of Hangman's Gambit, where you must collect letters to spell out an answer to a question, takes a more puzzle-game-like form this time around. The problem is that it's a pretty awful puzzle game, with confusing collect-and-place mechanics and frequently so much going on at once that you errantly focus on minimizing damage rather than actually solving the puzzle. A new element, the Rebuttal Showdown, has you "cutting down" arguments with swipes and button presses, which is an interesting concept. In practice, however, it's not particularly enjoyable: the directions you need to "slash" to destroy arguments and get the advantage seem random, and it's far too easy to cut down an important statement and get penalized.

Other issues relate to the game's localization, particularly where text formatting is concerned: In several instances, line breaks were misplaced, leading to text rolling off the screen and requiring me to open up the log to read all of the dialogue. In a game that's overwhelmingly text-driven, this is quite the annoyance. Another problem is in translation consistency: an image or location with text written in English when you first see it might be shown in flashback later with Japanese text instead, which can cause confusion.

But given how good the rest of the game is, these quibbles don't drag Danganronpa 2 down from greatness. I was hooked from the get-go, enthralled by every surprise turn taken by the story, stunned by every unexpected character revelation, devastated at every death, and pumping my fist at every small victory against that bastard Monokuma. The game's extra mode, which let me interact with the cast without the constant fear of looming death hovering above them all, cemented my love for the game's characters, and the bonus text story made the universe of the two games feel that much more fleshed out. Danganronpa 2 is a simultaneously terrifying, uplifting, painful, thoughtful, funny, and heartbreaking delight. Anyone who cherishes engaging stories, unique gameplay experiences, and great characterization would do well to invest themselves in this series. 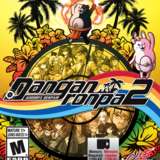 Heidi loves Japanese story-driven games, and both Danganronpa games have been among her favorite gaming experiences in recent years. She also feels the need to warn people that even typing Danganronpa related terms into Google search can result in spoilers, as a character's fate was autofilled into the search box when just trying to find info on a voice actor. Argh! 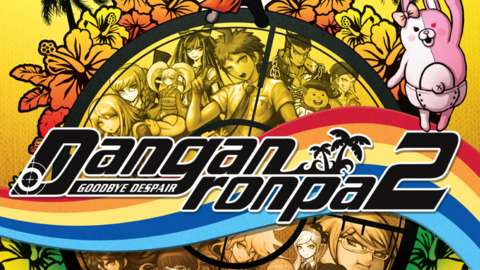