DDR Extreme goes beyond the standard update and delivers new styles of gameplay that freshen up the experience without sacrificing the things that made the games popular in the first place.

The Dance Dance Revolution series is getting a little long in the tooth these days. The fire around the fad has cooled down quite a bit, but that doesn't mean the series isn't capable of putting out strong games. While most of the recent installments in the series haven't done much beyond adding the requisite mixture of new and old songs, Konami's latest DDR release, Dance Dance Revolution Extreme for the PlayStation 2, goes beyond the standard update and delivers some new styles of gameplay that freshen up the experience without sacrificing the things that made the games popular in the first place. Most of the new features come as a result of support for the EyeToy, which isn't implemented throughout the entire game, but it makes a pretty substantial impact on the overall package. In short, this is a solid update.

DDR Extreme starts by doing all the things that you'd expect a new Dance Dance Revolution game to do. It contains the standard gameplay modes, including a mission mode that gives you specific challenges to complete, a regular arcade mode that lets you take on three songs at a time, an endless mode that lets you dance until you drop, and a diet mode that counts calories while you dance. You can play the game alone or with a friend, or you can play in double mode, which allows one player to play using two dance mats. Dance mats are key to the DDR experience. The timing-based gameplay can be translated to a controller, but simply mashing out directional presses in time to the music is about as much fun as playing your PlayStation 2 without a game disc in it.

For the uninitiated, DDR is a dancing game. You use your feet to press arrows on a dance mat that, as you might have guessed, goes on your floor. The arrows correspond with arrows on your screen, which directs you to step on the four arrows in time with the music. The game has more than 50 songs, with several different difficulty levels for each one, giving players of all skill levels something to do. You can even select difficulty levels individually in a two-player game, so each player can dance at his or her own skill level. The game scores and grades you based on how accurately you step on the arrows. It's a lot of fun and works especially well in a crowd, provided your crowd isn't filled with stuck-up dopes who think they're too good for a little silly dancing.

Where DDR Extreme separates itself from the pack is in its party mode. There are a variety of minigames to choose from here, each of which can be a drastically different type of game than what DDR fans are used to. Hyper dash turns the game into a side-scrolling race in which you have to stomp on the right and left arrows as quickly as possible, occasionally pausing to push the up arrow to jump or the down arrow to fling pitfalls at your opponent. Another game matches up each arrow with a different type of food, and you'll have to tap the proper type of food to feed a variety of onscreen animals. But where the game really earns its stripes is with its support for the EyeToy.

The EyeToy, in case you haven't heard, is a small PS2-compatible camera that is mostly used for a collection of extremely simple minigames. DDR Extreme makes probably the most elaborate use of the EyeToy yet. One mode simply puts the camera's image up as the background to your dancing. If you like to watch yourself dance, this is the mode for you. Another mode forces you to keep moving to constantly clear encroaching foliage from the screen. But there's also a mode that adds rhythmic hand movement to the game. So now you not only have to hit the four arrows in time with the music, but you'll also have to wave your hands past two specific areas onscreen along with the music. It works similarly to EyeToy: Groove, which is Sony's take on the dancing genre that makes use of only your hands and arms. Combining this concept with the footwork of DDR is probably the most dramatic change that the DDR series has seen since the advent of freeze arrows. It presents a new challenge that should provide a lot of value for longtime fans of the series and EyeToy-owning newcomers.

The song library in Dance Dance Revolution is patterned after the libraries in other domestic releases in the series, mixing songs from the Japanese games with some slightly more familiar tunes. Some of the more well-known songs in the new game include Junior Senior's "Move Your Feet," Kim Wilde's "Kids in America," and BT's "Somnambulist (Simply Being Loved)." The game starts out with a lengthy list of 46 default songs, and even more are unlocked as you play.

The graphics in the Dance Dance Revolution games have always been of secondary importance--you're usually too focused on following the arrows to care about what's happening behind them. But since DDR is a spectator sport, it's nice that the game looks good. Most songs are paired with various video patterns and polygonal dancers. The cel-shaded dancers look cool and animate well, and you'll unlock more of them as you play. For the more popular licensed songs, the dancers are brushed aside in favor of a clip from the music video for the song. Since the video for Junior Senior's "Move Your Feet" is a pretty great video, it's great to be able to see part of it in the game.

Dance Dance Revolution Extreme isn't going to convert anyone who already feels one way or the other about the series. If you already think the series is for knuckleheads, the addition of Power Pad-like running games and EyeToy support isn't going to save it. Likewise, since the major changes made are essentially secondary to the main game, DDR purists won't all of a sudden feel like they're playing an entirely different game. But the new additions bring some much-needed variety to a series that's been on the verge of stagnation for the last year or two. So if you're a DDR fan looking for some new challenges, or if you're a DDR junkie who just wants some new songs to work with, DDR Extreme contains both of those things in abundance. 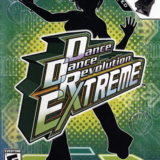 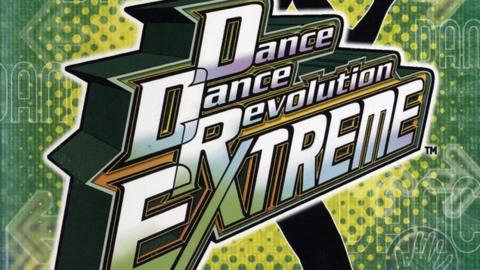 DDR Extreme goes beyond the standard update and delivers new styles of gameplay that freshen up the experience without spoiling it.