Daikatana is not an unmitigated disaster - but unfortunately, that's not enough to endorse it.

After more than three years in production, Daikatana, the first game developed entirely in-house by Ion Storm, has been released. And it's pretty bad. Ironically, Daikatana's biggest failures are due in large part to both a lack of imagination and poor design choices - in short, the very principles on which Ion Storm was founded.

Daikatana is a cross between a first-person shooter and a stat-based, story-driven role-playing game. But you get the feeling the game isn't going to tread any new narrative ground early on. Daikatana's opening scene is five minutes of dense, tedious exposition delivered as a virtual monologue by a character who stands still while the camera makes swooping motions around him. At some point in his speech he apparently gets killed but then recovers just enough to deliver another minute of exposition in the classic dying-guy choked gasp. In a sense, the segment does set a mood: Since you realize that Daikatana is supposed to be story-driven, you'll find that the numbing lack of creativity displayed in both the structure and writing of this first scene acts as an ill omen of things to come.

The plot is advanced through periodic in-game cutscenes that are usually shorter than the opening cutscene but equally inane. It's as if whoever wrote the story wasn't aware of the game going on between the plot points. At one point your character Hiro is spooked by the appearance of a ghost after having just dispatched two hundred reanimated skeletons in the previous level. At a later point, characters debate walking through a graveyard. One of them says he has a bad feeling about it, while another chides him for being superstitious. Meanwhile, they've both forgotten that they were battling an entire army of zombies moments ago and that the time for healthy skepticism is over. This sort of disparity between the plot and the gameplay is frequent and gives the story a cheap, threadbare quality that works against any atmosphere the game attempts to build.

The role-playing elements are a wash as well. Hiro has attributes for speed, rate of fire, vitality, power, and jump height. You gain experience by killing monsters, and when enough points are accrued, you can raise one of the attributes a notch, up to a maximum of five per attribute. The problem is that the level raising has little noticeable effect on gameplay. In fact, the entire system could simply be removed from the game, and the experience of playing Daikatana would be virtually unchanged. The Daikatana itself can gain up to five levels if you use the weapon to kill enemies. By the fifth level, it's arguably the most powerful weapon in the game, but it's distracting to carry around because it bisects the screen and has animated blue energy lines flickering around it. It's probably the biggest weapon in shooter history. The sword has a little more effect on the game than Hiro's stats, but it's still ultimately a gimmick that seems more like an afterthought than a tightly integrated feature.

Even with its nonsensical story and irrelevant RPG trappings, Daikatana could still have emerged as a good shooter if the action parts had turned out well. Unfortunately, the action portions of Daikatana frustrate more often than they entertain due to a combination of inconsistent level design, a poorly realized sidekick feature, and an unforgiving save system.

The sidekicks are by far the biggest problem and effectively ruin the experience of playing Daikatana. For much of the game, you're accompanied by up to two computer-controlled companions. They fight alongside of you, give you bits of information, and arbitrarily do things like scream "wazzzzzup?!" more times than they probably should. If either of the sidekicks gets killed, the game is over. Unfortunately, they have a tendency to get lost, shoot you, walk into your line of fire, get crushed under doors, fall to their deaths, get stuck running toward walls, and generally cause you grief. The sidekicks are a burden, and managing them is a chore. Yet unlike the story and statistics, they are a nontrivial part of the game that cannot be ignored. You can give them the same basic commands you would a dog, such as come, stay, back off, and fetch, but they won't always listen to you. It's especially frustrating when your buddies refuse to grab much-needed health packs sitting atop even the gentlest incline.

Daikatana's save system complements the sidekick problem. Eschewing the save-anywhere feature used by virtually every modern shooter, the designers have implemented a system whereby you must find "save gems" in order to save your progress. You can carry as many as three gems at once, which can then be traded at any time for an opportunity to save your game. Progress is also saved at level transitions. In theory, it's not a bad system. It builds tension by creating an actual penalty for death. If death in Daikatana were only caused by your own lack of skill, there would be no problem with the save-gem concept. However, since death is often the result of a failure of the game logic controlling your sidekicks, a save system that could have built tension instead creates acute frustration. In addition, the placement of the gems is inconsistent. Since you have no idea what lies ahead of you or how long each level is, it would have been nice if the designers had placed the gems in such a way that you could infer some meaning from their position. Sometimes the gems are located in a perfect spot for saving, and sometimes they're placed five feet from a level transition. A few of the boss battles that occur in the middle of a level also could have used a gem right afterward.

The game takes place across four time periods: far-future Japan, ancient Greece, Dark Ages-era Norway, and San Francisco in the year 2030. The first of these, future Japan, features the straightforward action of the original Doom. The monsters in this episode set the tone for the rest of the game. Although the appearance of the monsters changes throughout the course of the game, they all exhibit the same simple artificial intelligence. Virtually every enemy runs straight toward you until you either kill it or it gets stuck on something, which happens a lot. The look of this first set of levels is uninspired. The world starts out monochromatic green and eventually becomes monochromatic blue. You must navigate a very long series of similar-looking twisty corridors to reach your final destination.

The second world, Ancient Greece, looks better than the Japan levels but actually represents the low point of Daikatana's level design. It starts off with wide-open spaces and bright colors that offer a respite from the dark cramped feeling of the previous episode. The open areas even allow for some pitched battles against hordes of oncoming skeletons. But it soon degenerates into a stuffy corridor crawl, this time in brown.

By being strictly linear, the first episode sets a precedent that the second episode proceeds to break, which can be confusing. In the first episode, level transitions are absolute. There's no need to backtrack. The second episode requires you to backtrack a lot. It's confusing because your goals are not clearly presented, and the play mechanic of the second episode directly contradicts the rules of the game universe you've learned by playing the first episode. At one point, instead of informing you up front that your goal is to collect a series of keystones, the game waits until you actually need them to give you that important fact. The sinking sensation that occurs when you realize you're going to have to go back and reexplore the giant level is profound.

Near the beginning of the third episode, one of your pals becomes sick, and the healthy one must carry the other through the entire world, making both of them essentially useless for fighting. You must simply protect them. These levels really put the babysitting skills you've learned up to this point to the test, and they lead to more frustration. The fourth episode is a return to modern times and features a recurring find-the-hidden-key theme.

The designers did make one commendable decision. They have included a cooperative multiplayer feature. Up to three people, one playing Hiro and two people controlling the sidekick characters, can play through a modified version of the single-player game. The experience is modified in the sense that both the story and the computer-controlled sidekicks are removed. The game benefits greatly from their absence, and in this mode the game is often more fun and less maddening.

Several other standard multiplayer modes are included, such as deathmatch, team deathmatch, capture the flag, and deathtag, a variation on capture the flag in which two players must work together to retrieve the goal object. In a few online tests, it seemed as if the weapon balancing was off, as everyone would scramble for the superweapon available in each time period.

There are moments playing Daikatana in which everything comes together - the sidekicks act as they should or simply aren't around, and you're able to enjoy the game as a pure, unadulterated shooter. But these moments are rare and are separated by long stretches of frustration punctuated by tedium. It's true that the game has a lot of content. The levels are large, there are plenty of monsters and weapons, and it will take you some time to finish. Yet a shorter, less disjointed experience with a few memorable set pieces would have been preferable. After years of development and a vast body of negative press, Daikatana is not an unmitigated disaster. But unfortunately, that's not enough to endorse it. 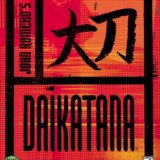 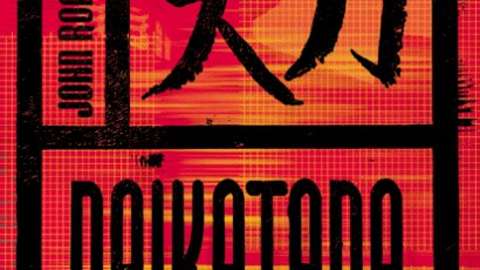