Playing Ubisoft's CSI games has always felt more like taking part in a truncated version of one of those cheesy murder mystery getaway weekends than actually solving a realistic crime. At every turn, these games find ways to clue you in on and push you toward exactly what you need to do next to proceed. You don't so much investigate as you go through a number of mundane motions to get to the predetermined conclusion. There's no threat of failure, nothing even remotely resembling a challenge to be found. They are less games and more mediocre episodes of the TV show that require button presses to unfold. CSI: Crime Scene Investigation: Hard Evidence is the fourth game in the series, and it doesn't diverge one bit from the formula laid down by its predecessors.

There are five cases to solve in Hard Evidence, with victims ranging from an immolated racist cab driver to an electrocuted '80s rock group on a reality show that more than closely resembles Rock Star: INXS from a couple of years ago. As always, it's up to you to solve the crimes using the scientific tools of the trade you've likely seen on the CSI TV show. You'll be plucking bullets out of walls and matching them to various guns, dusting for finger prints, taking casts of footprints and tire treads, and even swabbing semen stains off of used condoms. No one ever said the life of a CSI was a glamorous one.

The main problem with Hard Evidence--and it's the same problem that every CSI game has ever had--is that it's so unbelievably easy. Every ounce of thought or legitimate investigation is separated from the mix, creating a sort of paint-by-numbers murder mystery. All you have to do is poke around each location, wait for your cursor to turn green to dictate that, yes, there's something for you to look at there, and then click on it. The game even decides exactly how you should collect every piece of evidence, and the most thought you have to put into it is something along the lines of "should I use ninhydrin or luminol to detect blood on this particular surface?"

If for some reason you ever do get stuck, it usually doesn't take long to figure out which scene you missed something at, since a big green checkbox goes over every piece of evidence and every scene you've investigated completely. If it doesn't have the checkbox, you missed something. Beyond that, all you have to do is make sure you've asked every question to every suspect. And if you're still somehow stuck, you can just ask any of the tagalong CSI characters for a hint. It "counts against your evaluation" at the very end, but that evaluation doesn't really mean anything.

The one nice thing you can say about Hard Evidence is that the writing is at least considerably better than in the last game, 3 Dimensions of Murder. That game was predictable beyond belief, essentially telegraphing who each culprit was long before the endgame. Hard Evidence does no such thing, and the storylines are actually thoughtful and a bit perplexing at times. Solving them may be a breeze, but you won't necessarily guess who did it until the evidence finally comes together at the very end. It's not quite as sharp as the writing on the show, but it's a heck of a lot closer than ever before.

Unfortunately, while the writing may be solid, the presentation of the cases leaves a lot to be desired. Several of the voice actors from the show reprise their roles in fairly lazy fashion, and the few who don't (namely Marg Helgenberger and Jorja Fox) are replaced with actors doing lousy impressions of the characters. The remaining voice actors are equally sedate or hammy, with no middle ground to speak of. The game's graphics are an even bigger point of contention. All the characters look mildly mutated, and the facial animation is extremely poor. The lip-syncing for the dialogue doesn't match up at all, and all the characters have these really creepy eyes that move around in a really unsettling way. The environments aren't bad, but apart from hunting around for hidden blood stains and bullet holes, you're not going to spend much time appreciating the aesthetic qualities of the area you're in.

One additional blight on the game's presentation is its insistence on shoving advertisements and product placement down your throat. For example, when you get a vehicle to search, it's not just a car. It's a Chrysler branded car with more Chrysler logos to discover than should be humanly possible. Every single location you search in the game has some area to click on with an HP HDTV in it. And the Visa ads...oh god, so many Visa ads. Not only are there billboards for the company everywhere, the writers even inserted Visa into the dialogue in one of the cases! Captain Brass actually refers to the "good people" at Visa and talks about their card monitoring services. Basic ads are one thing, but this game crosses a line or two or three.

Hard Evidence is the first CSI game to appear on the PC and Xbox 360 simultaneously. The games are near identical, save for the predictable interface differences. The PC version has a leg up on the 360 version, simply because it's a lot easier to click around the various menus and tools using a mouse and keyboard than an Xbox 360 controller. It has another leg up on top of that, given that it's $10 cheaper than the 360 game. At the same time, if you're some kind of Xbox 360 achievements nut, Hard Evidence might just be the breeziest 1,000 points you'll ever earn over the course of a six-hour game. There are no tricky points here. Just beat all the cases, and you'll get them all.

If you've already invested in the previous CSI games, you're not going to find anything new or exciting here in the gameplay department. All you'll get are five brand-new cases that you will solve exactly the same way you did in the previous games. If that's enough for you, then by all means, give Hard Evidence a shot. However, more discerning players looking for something vaguely resembling a challenge would do best to skip this one. 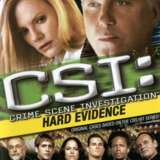 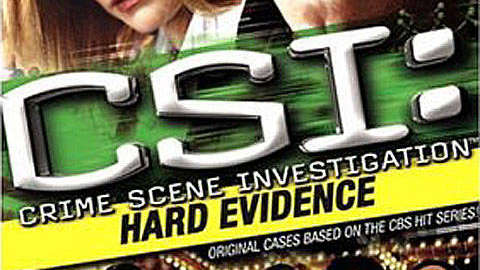 CSI: Crime Scene Investigation: Hard Evidence is a crime solving adventure and is based on the characters and storylines from the television series.