While casual gamers will feel overwhelmed, anyone with a love of history will appreciate Crusader Kings' rigorous attention to detail and epic scope.

Tired of Europa Universalis? Paradox Entertainment hopes that you're not, because the Swedish developer has just issued its seventh variation on the critically acclaimed real-time game of grand strategy. Crusader Kings may turn the clock back to the early medieval era, but the design focus is still solidly on historical accuracy. While casual gamers will feel like they've been plunged into a maelstrom of names and dates, anyone with a love of history will appreciate the rigorous attention to detail and epic scope.

Those who enjoy historical biographies are also in for a treat. Befitting its name, Crusader Kings places a great deal of emphasis on historical personages. So while you still play through three campaigns--the turbulent aftermath of William the Conqueror's victory in the Battle of Hastings in 1066, the Third Crusade of 1187, and the onset of the Hundred Years' War in 1337--filled with the usual economics, diplomatic machinations, and military campaigning, you do so as an individual.

So if you want to try your hand at keeping the Muslims out of Jerusalem in 1187, you might step into the stirrups of England's King Richard I, or don the robes of France's King Philippe II Capet, or take over the beleaguered court of Guy de Lusignan, King of Jerusalem itself. There are thousands of authentic characters and virtually no limit on which king you can portray, as long as he is in feudal Christendom--Muslim states, the papacy, and Christian orders like the Knights Hospitallers are included, but they aren't playable.

Every person in the game features characteristics that wouldn't be out of place in an RPG. In addition to the four basic attributes of martial, diplomacy, intrigue, and stewardship, there are 26 character traits, plus another two-dozen education and special traits and over a dozen diseases.

Each of these quirks has positive and negative effects. King Malcolm III Dunkeld of Scotland, for instance, is vengeful and suspicious--nasty tendencies that make him appreciate naïve rivals who are forgiving and trusting. He was educated as a martial cleric, which means that he's skilled when it comes to diplomacy, intrigue, and the military. William I of Normandy is on the other side of the fence, with a laundry list of positive attributes that make him energetic, wise, merciful, and valorous. Of course, such features make him the natural enemy of those who are lazy, reckless, and cruel cowards. He's also a bastard, though, so other nobles naturally dislike him and his prestige takes a hit. And then there's Constantine X Ducas of Byzantium, an indulgent but knowledgeable ruler who is unfortunately afflicted with a clubfoot that reduces his chances of marriage.

All of these factors come into play in every aspect of the game. If your vassals are at the other end of the personality spectrum, betrayal and revolt in your provinces is a constant threat. Conflicts are also accentuated when rival kings have different interests. Don't expect to be arranging too many marriages, or successfully suing for peace during times of war, if this is the case.

Traits aren't set in stone, however. As in previous games based on the Europa Universalis engine, you are regularly confronted with situations that require you to make some choices. Many of these incidents personally involve your character, and you are asked to react to events such as a pretty wench catching your eye or your son riding horses hard through the woods. No matter what you do in these situations, you win and lose. Give in to your passion with the wench and you wind up with a bastard and the lustful trait. Hold back and you might never father an heir at all. Encourage your son's physical activity and his health and fertility scores go up, but so do his chances of illness and developing the reckless personality trait. There are so many events and potential choices to make that you really get the sense of molding a character, much like in a role-playing game.

Each individual's place in history is further cemented with a massive web of familial relationships. In addition to its role as a strategy game, Crusader Kings also functions as a de facto encyclopedia of European feudal dynasties in the Middle Ages. You can open up your king's main screen and then explore all of his formal connections by clicking on icons representing his parents, wife, sons and daughters, vassals, potential successors, and even court hangers-on. These relationships are so broad that you often begin clicking at one end of Europe and soon end up at the other.

Start clicking and it's hard to stop, too, since you are creating your own dynasty as you go. It is absolutely captivating to follow the progress of bastards born from lustful assignations that you permitted as well as the careers of heirs once they assume the throne, and the success of arranged marriages, and so forth. There is more of an earthy tone here than in any of the preceding Europa Universalis-styled games, and as a result gameplay is much more grounded. It reduces the overly formal epic sweep of those earlier titles to a more manageable center that adds a needed touch of soap opera humanity to some of the most momentous events in history.

Still, some problems have been held over. Although this style of epic strategic gaming has never been more approachable, Paradox repeats many old mistakes. A tutorial has once again been ignored and the manual is woefully inadequate at helping newbies get into their first campaign. There are no solo campaign objectives aside from simply surviving long enough to build prestige and a strong family dynasty. Unlike Europa Universalis II, there are no immediate, stated goals on which you can focus while getting comfortable with the immense depth of play, the number of historical personages with which to deal, the daunting main map screen with over a thousand provinces, and so on. It's nice that Paradox encourages an open-ended, almost sandbox style of play, but this philosophy is too extreme, leaving newcomers adrift in an intimidating sea of kings, counts, and courtiers.

Also, multiplayer still isn't what it should be, largely because of the subpar Valkyrienet matching system. Considering the significant number of people out there playing these games against the computer, Paradox should be doing more to develop an online community to play them with other human beings.

The Europa Universalis engine is also starting to look and feel old. Backward compatibility is nice--especially here, since you can port saved games into Europa Universalis II for a full 800 years of historical gaming goodness--but we've been looking at essentially the same map since the start of 2001. And while it is a clean and attractive map, it would be nice to see the engine finally move into 3D territory. Sound quality remains impressive. The musical score is overly bombastic and somewhat out of place for this era, although at least these martial tunes sound great. Atmospheric audio effects are better than ever. Open up the character screen to get information on the king and his vassals and you're greeted by the sounds of hushed whispers as the courtiers gossip. Have trouble with the plague or malaria and voices calling "Bring out your dead!" swell up ominously.

Nevertheless, Crusader Kings is an impressive addition to the Europa Universalis family. The addition of playable characters adds a welcome human touch that both broadens the historical scope of the game and makes it friendlier to newcomers to the series who want to attach faces and personalities to the names and numbers. 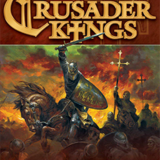 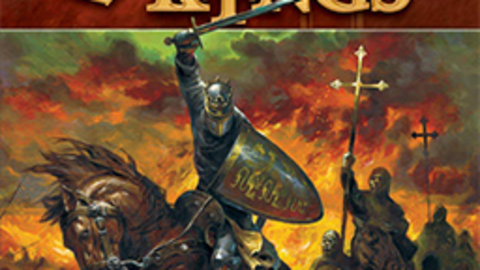 While casual gamers will feel overwhelmed, anyone with a love of history will appreciate Crusader Kings' rigorous attention to detail and epic scope.