Crusader Kings 3 is an intricate story-telling device weaving countless threads as long as you have the will to keep it spinning.

There was a naked man in my court.

On June 14, 1073 AD, my steward, vassal and knight, Earl Muiredach mac Carthach of Desmond arrived at the meeting of my small council dressed only in, well... his birthday suit. This was the man I'd entrusted to manage the paperwork of my realm, to ensure taxes were being collected. Was this newfound fashion choice a portent of his impending madness? Was it some bold power move designed to put me off my game? A sign of the contempt in which he held his ruler? Or was it a bug, a highly specific graphical glitch that just happened to leave one of my councillors undressed? I didn't know.

Perhaps it's a credit to Crusader Kings 3 that I didn't have an immediate answer, a sign of the depth and complexity of its simulation and its capacity for surprise. Perhaps it was also a failing, a breakdown somewhere between the calculations of a mass of colliding gameplay systems and how their results were communicated to me. Perhaps it's both. Regardless, this memorable event served only to highlight the singular vision of Crusader Kings 3, a grand strategy game that successfully operates across a bewildering scale, feeling vast and unknowable one moment yet awkwardly intimate the next. It's a marvel of connectivity, effectively linking together complementary elements plucked from different genres--the role-playing game, the visual novel, the life simulation, the city-builder, the wargame--even if at times you can sense it straining at the seams.

You play as a single person during the Middle Ages, whether the ruler of a minor county or the sovereign of an entire empire. As the months and years pass, you choose how to tend to your realm, consolidating your holdings with new infrastructure, forging alliances through marriage, and pressing your claims--both legitimate and fabricated--to lands occupied by others. The resources at your disposal reflect your status. Gold is just as likely to be used to grease a palm as it is to pay for the construction of a barracks. Prestige, piety and renown are the real currencies of the realm. The decisions facing you are those of a politician, not a town planner or army commander.

Yet as powerful as you are, you are not omnipotent. Your vassals harbour their own ambitions and will pursue their own agendas, while neighbouring rulers will have to be dissuaded with either military might or a smooth tongue from expanding into your territory. Everything is personal. Literally every single person, from the highest ruler to the most lowborn, has an opinion of you, and the likelihood of success for whatever friendly or nefarious scheme you're working is coloured by these opinions--plus a roll of the dice. Your ability to influence all those with whom you interact will shape not just individual relationships but the destiny of entire empires.

Ultimately, what you do with this power and influence is an open-ended debate. There is no objective, no victory condition, no win state. At least, the game itself doesn't set you any sort of end goal. It's all left up to you. You assume the life of a particular person--a tribal chieftain on the Eurasian Steppe, a Danish countess, a sultan from Basra, a Nubian king, the Queen of Ireland, to name but five of the potential thousands--and you're free to set your own aims and motivations. When that person dies, you can carry on playing as their heir, assuming you left one.

As the heir, you'll inherit any titles you're due, though depending on the succession laws of the realm, you may well find yourself fighting off envious siblings. Dynastic legacies will be passed down from one generation to the next, and the education a child receives will affect their skills and personality traits, but in terms of your new playable character's abilities and outlook, the slate is essentially wiped clean. You've got a whole new life to lead and, with any luck, five or six decades to enjoy it.

Such a loose structure can feel liberating. It relieves the pressure to min/max in order to find the optimal path to win. Instead, you're able to focus on learning how the game works, how its systems interact, and which parts you find yourself wanting to explore. I found myself more willing than usual to roll with failures and not get hung up on wondering if I was doing things efficiently. In one campaign I decided my character's ambition was to rule all of Ireland. To start I held only a couple of counties in the south, but within a few decades I'd flexed my military muscle to lay claim to over half the land. Upon my character's death, I decided his ambition would pass on to his daughter. She would go on to be crowned High Queen of the Kingdom of Ireland by the age of 30. The game hadn't defined this objective for me, but it felt like the natural conclusion to this campaign of my own making.

Crusader Kings 3 expects you will eventually come to a conclusion like this, put the effort into working towards it, and not just sit back and rely on being spoonfed directions. Yet for all the opportunity it affords, this lackadaisical approach can also feel discouraging. It's all too easy to find yourself struggling for motivation or simply feeling a bit lost as to what to do. Several campaigns of mine were abandoned through ennui. I just wasn't "feeling it," you know? And the game just doesn't offer much encouragement in easing you back in or incentivising you to take certain courses of action. It'll present tutorial prompts now and again to remind you that you could, for example, declare war on the Norwegians right now, but it's not particularly helpful when it comes to why you would want to or if it would be a good idea.

The moments I did click with the campaign was when some situation arose or event occurred that connected me on an emotional level with the character I was playing. That's because, at heart, Crusader Kings 3 is less a strategy game and more a story-telling engine inserted into a grand strategy chassis. Almost everything you do is driven by some sort of narrative event. Start a scheme to win the favour of a powerful vassal you suspect of plotting against you and it'll play out over a series of scenarios, each asking you to pick a course of action based on your character's skills. Sometimes these choices carry greater risk: opting for a dull conversation gambit when trying to seduce someone over dinner is a small setback compared to the dangers of picking a loose-lipped accomplice in a murder plot.

Alone, these narrative events don't carry much weight. Indeed, you'll quickly see them repeat, even within the same campaign. What makes them effective, though, is in the gradual accumulation of them over a lifetime, and the consequences you can perceive rippling out from the choices you made. It's here in these tales you come to appreciate the expansive scope of Crusader Kings 3 and the capacity of its simulation to deliver (when it all comes together) memorable feats of procedural storytelling.

In one example, my character had just unlocked a perk that improved his ability to romance another person. He was already married, happily and faithfully so, and I didn't want to risk that. The obvious thing to do was to get him to pursue the Romance scheme against his wife. It went better than I expected. He wrote her a poem, which she just adored. He got down on his knees and sang to her in front of the court, which she loved even if it was a bit embarrassing. It culminated in a breathless tryst atop a tower one night after which they were declared soulmates--a thing I hadn't been aware was even possible. This couple, both now in their 40s, had managed to reignite their passion for each other in the sweetest, dorkiest possible way. I couldn't have been happier myself in seeing that play out.

A month later she was pregnant. Eight months after that, she gives birth. I see the usual window pop up describing the delivery, there's some descriptive text and the standard options to help choose a name for the newborn child. Something's different, though. I notice there are TWO new character portraits instead of one. It takes me a moment. She's given birth to twins. This is a goddamn miracle. Then I notice something else is different. My wife doesn't look herself. She's grimacing, as if she's in pain. My heart sinks as I look back to the descriptive text and finally read what happened. She died during labour.

I stop playing. The blow is just devastating. Emotionally, I'm done. I get up from my desk and leave the apartment. I just have to get away, suck in some fresh air, and keep it together.

Reflecting on my time with Crusader Kings 3, I'm struck by the breadth of experiences it offers. My journey took in such a range of emotions that trying to pin down a particular perspective seems futile. I've chuckled in bemusement at the absurd naked man in my court. I've felt the enduring familial pride as a daughter fulfilled her deceased father's lifelong ambition. I've been bored just half-heartedly watching the years tick by, uninspired to intervene. And I've suffered absolute heartbreak, a gutpunch as potent as any game has delivered.

In a sense, Crusader Kings 3 is all over the place. It doesn't always work perfectly, and at times it really makes you work for it, but there's something amazing in that any of it works at all. Strategy games can tell interesting stories as their empires rise and fall, but their procedural narratives are rarely as affecting and poignant as they are here. 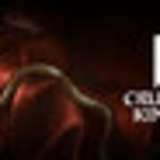 David Wildgoose lived six lifetimes in three continents during his 50 hours with Crusader Kings 3. He now has more grandchildren than he could possibly count. Code was provided by the publisher.