Unless you fancy the idea of paying $30 for a hacked-together port of an old arcade game that wasn't any good to begin with, you can safely ignore Cruis'n.

Many a quick and dirty cash-in has trudged its way onto the Wii in the time since publishers began to exclaim, "Holy smokes! People are buying this thing! Get games on system make go money now!" Cruis'n ranks highly amongst the most egregious of these games. Cruis'n is essentially Midway's attempt to unearth the consistently mediocre arcade driving franchise the company used to port to consoles regularly back in the N64 days. A fitting notion, given that Cruis'n actually looks a little bit like an N64 game that's been cranked to a resolution it never should have and plays like something that would have felt like an ancient relic years ago, let alone now.

Again, fitting, considering that this is just a fairly straightforward port of The Fast and the Furious arcade game that came out back in 2004. Midway doesn't have the FATF license, so instead, it slapped the Cruis'n name on this puppy and churned it out for Wii owners. It's an OK fit in that regard because FATF had a number of hallmarks of the Cruis'n series already, including the creepy 2D cutouts of real people standing around at the starting line, the variety of wacky-themed US locales to drive around in, and the driving model that gives you a good idea of what it would be like if you were to cut all the good parts out of Burnout.

You can choose from one of several different licensed street racing rides, from the Mitsubishi Eclipse to the Nissan Skyline, though which car you choose doesn't really make a ton of difference because every car still feels like a squirrely mess. You steer your car by holding the Wii Remote sideways and tilting it, à la Excite Truck. The steering mechanics are, at the very least, consistent, but also incredibly touchy. Extremely minor movements are required to steer properly, and if you go even a smidge over, your car will spin like crazy then end up wrecking into a wall, or a tree, or whatever other bric-a-brac litters a given stage. You can buy upgrades for your car that help alleviate some of the loose feel, but not so much that it ever quite fixes the problem.

The intense grip you have to keep on the Wii Remote is about the only intense thing Cruis'n has going for it. Races are a bore, no matter how many crazy jumps and tight turns you might be taking. The game's sense of speed is OK, but the racing simply feels devoid of skill. You could wreck into a billion objects on the track, hit your nitrous on one decent straightaway, and somehow come out on top. Or you could race a perfect race the whole way through, hit one bump, and somehow come in last. Part of that is likely attributable to the sort of catch-up artificial intelligence prevalent in arcade racers like these, and it's definitely here in spades.

It doesn't help that Cruis'n looks like a fetid corpse of a driving game. It wasn't even particularly impressive-looking back in 2004, but seeing it released now in this state is borderline offensive. The environments look dime-store cheap, with painfully ugly textures, blocky set pieces, and destructible elements that don't so much destruct as fly off into a few random pieces (incidentally, they only destruct if you drive through them--many objects will remain intact while opponent cars just clip right through them). Car models are similarly blocky and goofy-looking, but giving them upgrades just makes them look even more absurd. There's nothing like putting a gigantic turbo engine on a Skyline! And did we mention that, despite the fact that this thing looks like it should be running off an N64 cartridge, the load times are insanely long? Like, 40 seconds per track. And any time you restart a race, it takes that same amount of time again. Or how about the frame rate that inexplicably can't stay above 15 frames a second any time anyone wrecks into anything? Yikes.

Audio is more comically awful than anything else. Sound effects infrequently exist. You get all the basic tire screeches and bangs of cars hitting one another, but environmental objects are much spottier. Most times, you'll wreck through a whole series of objects and hear no sound at all, which is a bit surreal. The soundtrack consists of precisely the sort of trite arcade driving game jams you'd expect while the announcer sounds a little bit like a soft-core porn actress on her fifth gimlet making a feeble attempt to sound alluring as she gasps through track titles like "L.A. Ghetto" and "Race Wars."

Ultimately, Cruis'n offers nothing of any value. It's short on modes, cars, visual fidelity, workable driving mechanics, and most of all, fun. Skip it. 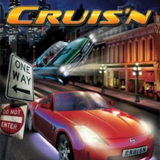 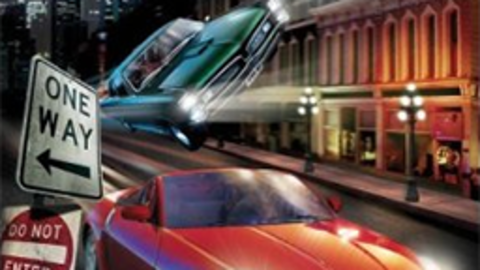 The classic arcade racer zooms onto the Wii with an all new game.