This title should prove once and for all that Acclaim has not yet perfected its formula for success.

Leave it to Acclaim. Once again, the company has spent a mound of money on a movie/comic license, then put next to nothing into the actual gameplay. Well known for such ill-advised expenditures (Batman, Judge Dredd, Warlock… the list goes on and on), Acclaim's latest disaster is The Crow: City of Angels, based on the universally panned movie. The game isn't much better (although it must be said that very little could be WORSE than the film), and features some of the worst action sequences and voice-overs in the history of video gaming. This title should prove once and for all that Acclaim has not yet perfected its formula for success.

As undead vigilante Ashe (who is murdered, along with his child, in a laughable yet somehow haunting intro) you walk from area to area engaging in hand-to-hand combat with a variety of back-alley thugs. And that's basically it. There are no objectives, tasks, or missions to complete - just walk around and punch bad guys. Big fun (note the sarcasm). One can almost hear the marketing discussion: "Well, in Batman, DragonHeart, and Warlock we had 'em walk from right to left mindlessly punching out villains and they hated that… How about this time we have 'em walk around in a 3-D universe mindlessly punching out villains? It'll be a smash hit!"

The Crow isn't just bad on a conceptual level - no, this game takes the time to reek on all fronts. As Ashe wanders from room to room, he's confronted by various foes from all sides. While this may give Acclaim the right to classify the fighting environment as "3-D," the fact is, due to the game's rickety control, you'll spend most of your time facing the wrong direction and punching at air while your opponents kick you in the ass. To confuse matters further, the camera angles change with every few steps you take. Even while punches are flying, something as simple as an evasive backflip can change your entire perspective - and by the time you adjust to the radical change in view, Ashe has been beaten sillier than his stupid, Alice Cooper-inspired facepaint. Objects to aid in Ashe's defense include knives, bottles, pipes, bats, Molotov cocktails, crowbars, swords, and barrels - but none help make the game enjoyable.

Characters in the game are disproportionate in size and move as if they're wading in mud. They also lack facial detail and personality (more great work from Acclaim's famed motion capture studio). The collision detection is a mess as well, with swinging body parts often passing right through each other. After a while, you won't know if you're playing a game or watching Ghost.

About the only redeeming qualities of The Crow are the background graphics and one White Zombie-esque tune in the soundtrack. In parts of the game, as Ashe explores the various levels (taverns, ships, piers, graveyards, tombs, etc.), you're treated to some booming sounds and wonderfully realistic background visuals - completely noninteractive and useless, but quality art nonetheless.

If you like The Crow, buy the comic book or rent the first movie. The Crow: City of Angels does nothing but throw gasoline on Acclaim's already raging funeral pyre of bad licensed games. 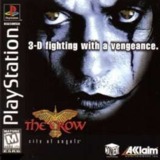 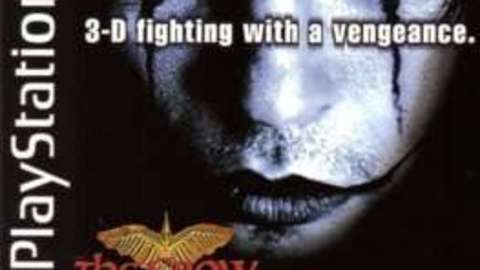 The Crow: City of Angels

This title should prove once and for all that Acclaim has not yet perfected its formula for success.

4.3
Sign In to rate The Crow: City of Angels