CrossCode Review - A Lot Of Ambition

CrossCode is an ambitious game, but its myriad parts lack cohesion.

It's been a long, long road for CrossCode to finally hit consoles. The 16-bit throwback RPG started life as a widely praised 2012 tech demo, enjoyed a super-funded 2015 Indiegogo campaign, and then arrived on Steam in 2018. Two years later, it's hard not to feel that all this runway has caused CrossCode to be overly ambitious and complicated--even for veteran genre players. As I was sailing into my 20th hour and still trying to not second-guess my shaky strategy for the vast amount of stats that can be customized and stacked, the game was still unspooling tutorials and rolling out new wrinkles. CrossCode is a lot of game to wrap your head around, and one whose expansive menu screens and tutorials double as a mechanically overbearing strategy guide that cannot be skimmed to even start to get your bearings. Playing CrossCode can be a bit like going on a road trip without GPS: Every few miles, you have to pull over and unfold an unwieldy road atlas.

CrossCode, at its heart, is not a retro-styled hollow homage to Super Nintendo titles like 1993's Secret of Mana and 1995's Chrono Trigger. Instead, it's something more like a full-throated continuation of their tradition of exploring massive worlds full of side quests, puzzles, colorful characters, and gear to collect--while also building on their thornier, more tactical contemporaries. CrossCode's fondness for this era of action role-playing games is clear out of the gate: Both the opening menu screen and introductory sequences set the tone with plaintive piano, chiming bells, and an oozing chiptune soundtrack that wouldn't be out of place on one of those "lofi beats to relax/study to" YouTube playlists that lean more heavily into nostalgia. The pixel art style doubles down on all this.

The above is in sharp contrast to the game taking place in a fictional, modern MMORPG called CrossWorlds. That is, CrossCode is a single-player game taking place in an in-game MMO where other characters speak and behave either as other players or NPCs. It's a world filled with guilds, griefers, and other player characters running through, too busy questing and level-grinding to hold still and talk with you. And just like in a real MMO, the other players you make your way on with will chat and open up about their lives--and give you due notice when they feel they've been playing way too long and need to log out and take a break.

There's a layer to the story above and zoomed out from this, which is that your character, Lea, is not what she seems. A man named Sergey Asimov tells Lea she must play CrossWorlds to learn more about herself--and once you start playing, CrossCode's dominant note is more often meta commentary and jokes about MMOs and their players rather than making sense of the schemes and conspiracies pointing to what the hell is really going on.

However true these in-game jokes and critiques ring, they unfortunately continue a legacy of games mistaking a self-awareness of tropes as license to get away with deploying them. Not that there's anything inherently wrong with tropes in themselves, but CrossCode repeatedly features characters you can overhear complaining about aspects of CrossWorld that legitimately are worth complaining about. The result isn't quite Westworld-style provocative questions on the nature of existence, but rather telegraphs a game developer who is apologetic about aspects or entire chunks of a game it fully expects people to groan through.

Early on, another character will praise the game's combat but vent, "The puzzles on the other hand… sometimes they're just a thorn in the side, don't you think? Especially in those dungeons." It's hard to disagree. But it would be unfair to say we weren't warned: Curiously, the game's Indiegogo advertised five years ago that "the essence of CrossCode is throwing balls at everything." Again, it's hard to disagree.

These balls come into play in combat as projectiles, but are pivotal for the many, many puzzles ahead: Well-timed and precise aim is required to throw switches, move boxes, and to hit certain things in a specific and required sequence. The dungeons further complicate this by making certain puzzle facets elemental-themed--you'll need the flame power to get through the ice dungeon, for example, but won't know this until after you've gotten stuck, hung in way longer than you thought you should across multiple levels of a dungeon, only to earn a new power you're expected to instantly have mastery over to manipulate puzzle elements.

The unveiling of this elemental side to everything, while familiar to RPGs overall, can make progress halting and confusing--particularly because of how expansive CrossCode is, and how often you will find yourself fighting enemies who have an obvious element weakness but with no clue where to find the necessary weapon to make advancement more within your grasp. Before you start playing the game, a warning appears that CrossCode was "designed with challenge in mind for both combat and puzzles," and, boy, they weren't kidding. The sheer number of puzzles is comparable to The Legend of Zelda: Breath of the Wild's shrines, but unlike those puzzles, these ones aren't optional.

In some ways, while CrossCode clearly is wearing its appreciation for games like Secret of Mana on its digital sleeves, that creates a skewed expectation for what the game really is. Yes, there is combat and leveling. But in many ways, CrossCode is much more like the more recent top-down hack-and-slash pinball-inspired dungeon crawler Creature in the Well. CrossCode's dungeons are full of puzzles, and its overworld map is, too: Pretty much every screen you traverse has at least one to two puzzles in it as well. Overworld puzzles are more about hunting for roundabout ways to jump from higher ground ledge to ledge to find a chest--only to discover the solution begins two screens back and the chest is locked with a key you've never heard of and have zero clue where to find. These puzzles are in the background, there to notice and take on if you feel like it--except for the times when they're mandatory. Those with little patience for either combat or puzzles can breathe a slight sigh of relief: The options screen has difficulty sliders to change enemy damage, enemy attack rate, and puzzle timer speed. The emphasis there is on "slight," because while these sliders can make winning tough boss fights and solving puzzles easier, they aren't a magic bullet--you'll still need to deduce their winning strategies.

Fortunately, just as the previously mentioned in-game critics say, the combat is strong and the staggering amount of skill trees you can unlock and invest in only makes it deeper. There is a learning curve to adjust to, but you will eventually (more through patient trial and error than anything else) get used to tossing balls for ranged attacks, melee for nearby enemies, dashing to dodge attacks, guarding to block, and juggling on-the-fly elements-gated strategies unique to each. Despite being a top-down action RPG, CrossCode often can feel like playing a fighting game in combat--especially when you unlock certain abilities deep in skill trees. This isn't a game where you can just mash buttons during combat. To survive, you need to become adept at parrying and dodging at just the right moments. And because the game boasts 120 enemy types and 30-plus bosses, there's no relying on simple muscle memory to get by; each has their own behavior and requires their own unique strategy. This all gets further compounded by each of the elemental powers being accessible at any moment--depending on how you've leveled, each elemental could instantly switch you into the equivalent of another character class like tank, damage dealer, etc.

Combat has even further complexity to it with a ranking system--the more enemies you fight and kill without stopping, the higher your grade will climb, which increases the likelihood for enemies to drop rare items. And while you can stock up on healing items, the combat rank system rewards you for taking bigger risks as the higher your grade climbs, the more you will automatically heal during a cooldown. Relying on this healing system frees you up to stock up on non-healing items and partake in the game's item-shop barter system. Though you can just buy items, CrossCode has a whole in-game economy where you can swap items for other items to build a collection of merchandise that will hopefully become valuable down the road, allowing you to trade for something you could really use. But, honestly, the barter system is complex. Unless you know what you're saving up for, it's mystifying what individual trades will add up to--and why they're worth it. More often than not, I felt more inclined to brute force my way through with the gear I could find independently of these many storefronts with limited wares dotting the land.

There's a similar hesitation I felt in the 100-plus side quests and challenges you'll come across. You will wind up organically accomplishing many of them--say, to kill a certain number of enemies in an area or to procure a certain number of an item. But because of the game's sprawling map and the huge, huge cast of characters you'll come across, good luck remembering who gave you the quest in the first place and where to go to collect your reward. Despite the game's many patient tutorial screens, you could be forgiven for not even realizing there even is an in-game map--though its usefulness is questionable, especially as you wander deeper and deeper into the game.

Like Owlboy and Iconoclasts before it, CrossCode is the latest in a long line of longer-gestating labors of love that emerge with varying degrees of cohesion. The best thing that can be said about CrossCode is it doesn't feel at all dated or clunky on the other end of a prolonged development time. The biggest knock against it is that CrossCode can and often does wind up feeling both bloated and inspired simultaneously. 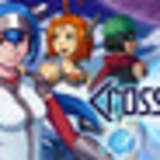 David played CrossCode for roughly 36 hours on PS4. As with Hamilton, he has patiently held out to first experience CrossCode for the first time on the big-screen TV. Review code was provided by the publisher. 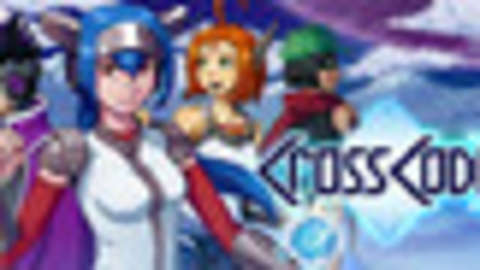