Crimson Tears isn't broken in any way, and if you can overlook the occasionally frustrating fixed camera, it gets better the more you play it.

Crimson Tears is an unusual game in which Spike has combined relatively mindless beat-'em-up action with role-playing elements that, although far from complex, are actually quite involving. The game does a great job of masquerading as a simplistic exercise in button mashing in the beginning, but as you progress through its increasingly large, randomly generated levels and you are pitted against a number of varied bosses, it reveals itself to be a quite challenging and occasionally unforgiving fighter. The difficulty curve is pretty steep, the gameplay can get incredibly repetitive, and the futuristic storyline amounts to little more than an instantly forgettable episodic cartoon that plays in between levels. However, the character building and development make enough meaningful changes over the course of the game that some players just might get hooked.

The main reason that Crimson Tears is more difficult to stop playing than it really should be is its RPG-style character advancement and weapon systems. Since all three of the game's playable characters are bioengineered humanoid weapons (known as mutanoids), they don't come with any baggage as far as convoluted backstories are concerned--Amber, Kadie, and Tokio are essentially Terminator-style killing machines, only without the Schwarzenegger catchphrases and sunglasses. At the start of the game, they're really not that proficient--their attack and defense attributes are weak, their combos are short, and the arsenal of weapons at their disposal is kind of disappointing. The more you play the game, though, the stronger they become. Every time you kill an enemy you get experience points that count toward your character leveling up, and certain items that you find let you upgrade your special moves and combos.

Despite that they specialize in the use of different weapons, the three playable characters in the game are actually very similar, especially since a lot of the weapons can be used equally effectively by any of them. When fighting, you'll spend most of your time banging out combos using the game's two melee attack buttons, but in addition to those, you have a ranged attack, a block, a powerful special attack, and an "absolute field" move that serves as a kind of short-range smart bomb, which causes significant damage to any enemies close to you. You can use special attacks and absolute field moves at any time, but since doing so causes your character's temperature to rise quite dramatically (more about that later), you'll only want to use them only when it's absolutely necessary.

Gaining access to new and more powerful weapons is actually one of the most entertaining aspects of the game, since obtaining them invariably requires you to upgrade an existing weapon using various components that you've looted from enemies. Occasionally you'll get lucky and loot a decent weapon from a fallen enemy, but for the most part you'll be visiting the weapon vendor in between levels to have him repair the weapons you've been using and to see if you have the necessary items for an upgrade. Strangely, your weapons gain experience in much the same way you do, and when you level up, the weapons' attacks become stronger and they need repairing a little less often. Many of the weapons in the game boast one of seven attributes that can make them more or less powerful against certain enemies, and these include thunder, heat, power, photon, cool, speed, and shade. Early on in the game you really don't need to worry too much about your weapons' attributes, but as you progress you'll encounter enemies and bosses that can be extremely challenging if you're using the wrong kind of weapon. In addition to attributes, some of the weapons you have access to can cause your enemies to suffer from the same abnormal status effects that are often used on you, such as paralysis, poisoning, and burning. Most of these pass after a time, but since the adverse effects can be quite significant, it's usually best to go into your inventory and see if you have a cure.

In addition to a health bar, all three of the playable characters have an MT gauge that measures their current temperature. Every time you perform an attack, your character's heat will increase, until eventually, he or she will overheat. At this point, the screen turns bright orange and your speed and attack strength are doubled; the flip side, though, is that your defense becomes much weaker and you lose health until you cool down. Coolant and cooling gel items offer a way for you to return to normal whenever you like, provided you're able to find some or have them stored in your inventory. The space in your inventory is pretty limited, so once it starts to fill up you find yourself constantly having to choose whether to keep abnormal status cures and health-restoring energy drinks, or whether you should make room for the weapon components that do you no good on the current level but that might serve you better in the long term. The one item you never want to be without is a "returner," which lets you exit the current level at any time and take all of your items back to the garage that serves as your base.

If your character runs out of energy midlevel, you have the option to send a second character in on a rescue mission that has to reach this energy-deficient character within a time limit of a couple of minutes or so. You don't really have time to engage in combat when on a rescue mission, so it's really just a case of following the directions that you're given and doing your best to avoid enemies and hazards such as falling ceilings. If you're killed during a boss battle, the rescue system works a little differently, giving you an opportunity to send a second character in for a rematch. If you take up the offer of a rematch, you'll find that the boss is still damaged from the first fight, but that your second character isn't able to use any items during the fight. Characters that aren't rescued will eventually become available to you again, but they will have lost every single item that they were carrying.

Your adversaries in Crimson Tears are varied as far as their appearances and intelligence goes. Guards and soldier-types are the most common enemies in the game, but you'll also come up against a number of different animals and robots intent on killing you. Most of the enemies in the game are happy to engage you in hand-to-hand fighting, but you'll find that as you progress they become increasingly proficient at using guns, flamethrowers, and such for ranged attacks. The attacks, if you see them coming, are generally not too hard to avoid, but since the game's camera angle is fixed and is often zoomed in too much to give you a good view of the room you're currently in, you'll often sustain damage from enemies that you didn't even know were there. This is definitely the most frustrating feature of Crimson Tears, and as the rooms (and your enemies' weapons) get bigger later in the game, you're really left with no choice but to run around like a headless chicken upon entering a room--identifying and destroying the enemies that would otherwise cause you the most harm from outside of your limited field of vision. Crimson Tears' large bosses are actually quite varied and interesting, and they undoubtedly boast the most impressive visuals in the game. Beating the bosses is generally a lot easier if you're armed with the correct weapon, so you'll often just have to write off your first encounter with any given boss as a recon mission.

Although the bosses are definitely the most impressive-looking things in Crimson Tears, all of the cel-shaded characters in the game are actually quite easy on the eyes. The enemies generally don't appear to animate quite as well as Amber, Kadie, or Tokio, but this is because they don't have nearly as many moves available to them. Unfortunately, the environments in the game aren't quite as impressive as the characters that frequent them; it's not that they look bad or anything, it's just that they're so repetitive. Sure, the levels are randomly generated, but all this actually means is that you'll be fighting through the same featureless rooms and walking through the same bland corridors in a different order as you search for the key and the teleporter that you need to move to the next floor on your way up to the boss.

The repetitive nature of the action isn't helped by the fact that, like the bosses, many of the mazelike levels in the game will need to be attempted multiple times before you beat them. More often than not, this will simply be because your characters haven't leveled up sufficiently or because you've run out of the items that you need to heal yourself. Stocking up on energy boosts and other helpful items isn't really an option either, because you're limited to carrying only five of any given item. In fact, it's a lot easier to accumulate money in Crimson Tears than it is to spend it. Although, in order to gain access to better items via the vendors in the hub area, you'll need to donate some pretty significant sums to an old guy who's attempting to rebuild the city following a large explosion in the introduction sequence. The hub area, unfortunately, isn't nearly as interactive or as expansive as it looks like it might be the first time you visit it, and the subquests you get from the non-player characters you talk to invariably amount to little more than brief trips to levels that you've beaten previously when in search of an item.

The sound effects in Crimson Tears are, unfortunately, just as repetitive as the gameplay. You'll hear the same noises every time you hit an enemy, and aside from weapon fire, the only other sounds present are grunts and groans from dying enemies and from Tokio, if he's hit, as well as screams and yelps of pain from Amber and Kadie. Occasionally, you'll also hear an enemy shouting, "they're over there" or "don't let them get away."

If the repetitive nature of Crimson Tears doesn't bother you, then there's really no reason why you won't derive many hours of enjoyment from it. The game has its share of ups and downs, but if you're willing to overlook the occasionally frustrating fixed camera, it actually gets better the more you play it, just like the characters with whom you'll be fighting. Crimson Tears certainly isn't a game for everyone, but if you're the type of person that gets hooked on character development in combat-oriented games, it's at least worth a rental. 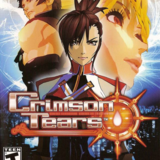 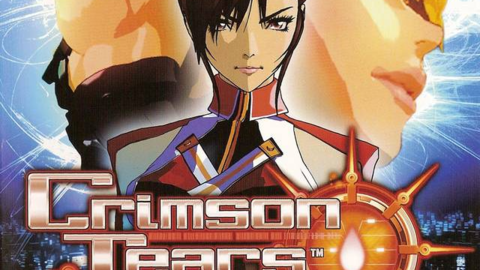 Crimson Tears isn't broken in any way, and if you can overlook the occasionally frustrating fixed camera, it gets better the more you play it.