Variety and character are treasures left undiscovered in the action RPG Crimson Alliance.

Stop us if you've heard this one before: A group of adventurers must band together to defeat an ancient evil and save a kingdom in peril. It's a classic tale and one that countless games have used as the backdrop for venturing across the countryside killing everything in sight. The best games weave it into a unique experience with interesting characters and varied gameplay. The rest, like Crimson Alliance, copy the formula whole hog and call it a day. The result is an action role-playing game built like a color-by-numbers drawing: It works, but it does nothing to distinguish itself.

At the start of Crimson Alliance, you're presented with a choice of three archetypal characters: the elderly wizard, the burly mercenary, or the nimble assassin. At first blush, these characters all feel distinct: the wizard conjures rolling waves of ice, the mercenary cleaves enemies in two with his sword, and the assassin can throw daggers. However, once you spend an hour with each, you find they all follow the same combat style of two normal attacks and one nonlethal technique that stuns foes. They also have special techniques that unlock after you collect a specific number of hidden items all designed to wipe the screen of enemies. Which character you play as is really just a choice between range and melee--or you could just pick the assassin who does a bit of both.

A lack of greater complexity is a recurring issue in Crimson Alliance. From level design to character customization, the game leaves you wanting in every category. The mission layout is a linear gauntlet of stages that repeatedly pit your heroes against the same basic enemy types: Those that run at you and those that shoot at you. Only in the final act does the game start mixing things up with traps and creative objectives, but by then it's too little, too late. In between these encounters, there are secret areas to discover that are filled with gold and treasure. You can also replay levels on a higher difficulty to compete for the high score on each stage's leaderboard.

For your troubles, you're awarded copious amounts of gold, the adventurer's delight. In lieu of experience points and levels, you spend gold on weapons and armor to advance your character. Item vendors open up after you complete specific missions with new wares for you to buy. And because all of the items are split up between vendors, it can make comparison shopping a pain. Items improve your character's four stats: three for your attacks and one for your health. Improving health lets you take more damage, while improving your attacks changes their properties slightly--such as creating a bigger ice wave.

The game's strongest feature is its four-player, online or local cooperative play. Mindless slaughter is always more enjoyable with a buddy or three, and there are even a few puzzles scattered throughout the game that require teamwork to surmount. It's a pity that the soundtrack is so forgettable. Crimson Alliance's light jazz accompaniment might be great for sneaking into a mansion or stealing a ruby necklace, but here, the music only further deflates the already-lackluster combat.

Crimson Alliance simply does the bare minimum across the board. Its tale of an evil sorceress returning from the dead is accented with a bit of humor that should have been taken further. If the game followed through with its halfhearted attempts at comedy (a crate that serves as a familiar, for example), it might have produced a bit of sparkle. But Crimson Alliance doesn't go far enough in this respect, or in any other. It's a hollow game that offers little more than mindless monster slaying.

View Comments (3)
Back To Top
5.5
Mediocre
About GameSpot Reviews 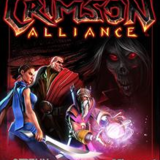 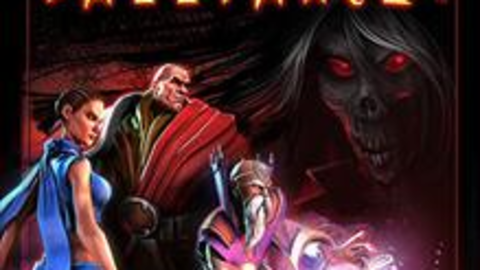 Crimson Alliance is an all-new action role-playing game with a heavy emphasis on combat over character interaction.