Saturn owners may want to rent CrimeWave before investing in the game outright - it's fun, but barely above average

Ever had a bad day? One that results in the urge to mount machine guns to your car and take care of business? If so, sidestep the threat of a hard prison term and invest some time in CrimeWave.

CrimeWave drops you into a crime-infested city teetering on the brink of chaos. The situation has gotten so bad that the mayor offers cash for the capture of criminals. As a bounty hunter, with various heavily armored vehicles and a small army's worth of firepower to chose from, you must clean out eight different sections of the city - including the beach, the downtown, a casino area, and an industrial zone. Of course, the bad guys have guns and ammo to match (as do the other bounty hunters, who don't take kindly to any competition).

CrimeWave is played through a "rotational 3-D isometric viewing system." Translated, this means players get a spinning view of the battlezone. The graphics aren't bad, and the spinning view makes the action look completely original and fresh, at least at first. Watch out after extended play, though - the extensive spinning view can make for a nauseous ride. It's also quite hard to keep track of the action when the camera is spinning around all the time. CrimeWave uses sound effectively, and it offers an impressive array of effects that includes squealing tires, honking horns, and, of course, explosions.

As driving-shooting games go, CrimeWave isn't bad. And while it has all the elements that make a game good, it unfortunately commits the cardinal sin of having limited replayability. Simply put, CrimeWave gets boring once it becomes clear that each level is really nothing more than a "shoot at cars till they blow up, yee-ha!" experience. Saturn owners may want to rent CrimeWave before investing in the game outright - it's fun, but barely above average. 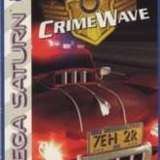 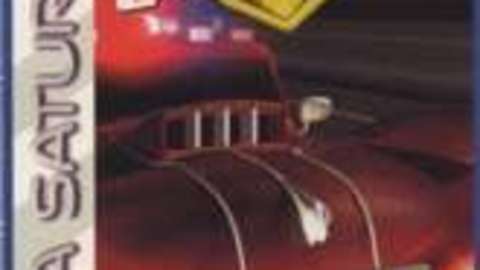 Saturn owners may want to rent CrimeWave before investing in the game outright - it's fun, but barely above average