Crazy Taxi is still a fun, exciting game, but fans of Crazy Taxi who already own the Dreamcast release don't really need to bother with the PlayStation 2 version.

If you were reading the news reports a little over a year ago, you might have picked up a little tidbit about Acclaim publishing some of Sega's Dreamcast games on the PlayStation 2. At the time, both Sega and Acclaim clammed up and claimed it was all just a vicious rumor. Here in 2001, however, Sega's Crazy Taxi has been ported and released for the PlayStation 2, courtesy of Acclaim's Cheltenham studios. My, how times have changed.

The game is very simple. As one of four taxi drivers, you must drive around and pick up fares. Each of your fares will present you with a destination--be it a Tower Records, Kentucky Fried Chicken, Fila store, or Levi's shop--and you'll have to get there as fast as you possibly can. Get there in a real hurry, and you'll get a time bonus. Take too long, and your fares will simply jump out of your cab, robbing you of any points they would have given you for getting them to the destination, as well as any points you might have picked up while they were in the car. In addition to racking up points by merely driving people from area A to location B, you can also earn bonuses for performing combos. These combos are simple things, like weaving between cars without scratching up your car, jumping a long distance, or sliding around corners. When playing the game with the arcade rules, you must constantly pick up fares to keep your time from running out. There are also options that simply let you play for three, five, or 10 minutes, giving you a slightly more relaxed game.

Aside from the arcade city, the game also contains an original level, which was also included in the Dreamcast version. The new city is a nice touch, but it's a little rough when compared with the first city. There's significantly more pop-up and slowdown in the console-specific city. The game also has a mode called crazy box, which serves as a sort of mission-battle mode and tutorial all in one. Early missions in the crazy box are simple tasks designed to teach you the game's special moves, but later missions require absolute mastery of these moves, and they can be a bit frustrating. The game is a bit light on options, and it would have been nice to see more modes that make you work toward a higher goal, such as car upgrades. A multiplayer option would have also been a welcome addition. The overall look of Crazy Taxi is what makes it stand out. The cars all look really great, as do the various buildings. What ties it all together is the breakneck speed of the game. The frame rate is usually nice and smooth, but it occasionally bogs down for what seems like no reason at all--independent of how many cars are onscreen or how far into the distance you can see. The game does have a bit of pop-up, not only in the terrain but also in oncoming traffic, making the game a bit more difficult. The game's soundtrack is filled with songs by Bad Religion and Offspring, so depending on your personal preference, you'll either want to crank the volume up or turn the music all the way down. The rest of the game's sound effects are well executed. There's a lot of speech used in the game, and most of it comes from people on the street and the people you pick up in your cab. Unfortunately, your driver's vocabulary is a little limited. The oddest cabbie phrase has to be "Shut up and move your butt," which B.D. Joe seems to shout out from time to time for no good reason.

The PlayStation 2 version of Crazy Taxi is slightly rough when compared with the Dreamcast version. The PS2 port has a little bit more pop-up than the DC version, it bogs down just as much, and the character and car models look identical. The PlayStation 2 version also acts a little strange at times. The car seems to jitter and shake around more than usual, and the control seems to be a little rougher than the Dreamcast version's control. You'd think that, with the more powerful PS2 hardware, eliminating most of the pop-up and slowdown would at least be considered, but the whole game leaves you with a feeling that more could have been done.

Crazy Taxi is still a fun, exciting game, but fans of Crazy Taxi who already own the Dreamcast release don't really need to bother with the PlayStation 2 version. The original version is every bit as good, if not better than this new release, so only those PS2 owners who don't also own a Dreamcast will find this game worthwhile. 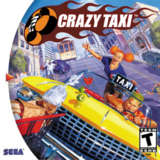 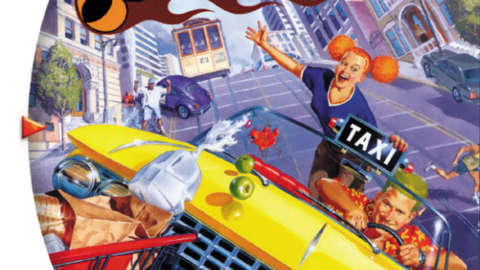 Crazy Taxi is still a fun, exciting game, but fans of Crazy Taxi who already own the Dreamcast release don't really need to bother with the PlayStation 2 version.