Players willing to look past Crash Twinsanity's faults should find a fun if somewhat familiar experience.

History repeats for platforming heroes. For the foreseeable future, Mario and Bowser will continue trading Princess Peach back and forth, and Sonic and Eggman will continue to squabble over chaos emeralds. It seemed that Crash Bandicoot and Dr. Neo Cortex would remain locked in a similar struggle, but now Traveller's Tales has forced these archenemies to work together in Crash Twinsanity. The game injects some good variety into the traditionally linear Crash Bandicoot gameplay, and it provides a few good chuckles along the way. It's a little rough around the edges, and it doesn't break new ground for 3D platformers, but it gives the series the shot in the arm that Wrath of Cortex failed to, and what it does, it does pretty well.

The game starts off as any Crash Bandicoot game ought to, with Dr. Neo Cortex hatching a plan to destroy Crash Bandicoot, though rather than wading through dozens of levels to thwart Cortex's diabolical machinations (which, in this particular case, involve a blonde wig and a massive mecha-bandicoot), Crash pretty much quashes the mad doctor's plans in the first level. A set of bird-headed twins from the 10th dimension quickly rushes in to fill the evil-scheme vacuum left by Cortex, announcing their plans to destroy Crash, steal Cortex's brain, and take over the chain of islands that they both inhabit. Crash and Cortex put their long-standing beef aside for the good of Nsanity Island, and as they work together to thwart the evil twins' plans, they'll meet many old rivals, make a field trip to Cortex's alma mater, hook up with Cortex's gothed-out, bucktoothed, cybernetic niece (or is it daughter?) Nina Cortex, and eventually travel to Twinsanity Island, a twisted doppelgänger to Crash's home island.

The story feels a little ramshackle, and your motivation in a few of the middle levels isn't crystal clear, but the writers do manage to couch a few decent jokes in the game's mostly unskippable cutscenes. The game is pretty self-aware, and there are jokes about the disappointing sales of The Wrath of Cortex, as well as a cameo appearance that is kind of clever but also borders on product placement. The best comedy in Crash Twinsanity doesn't come from the dialogue, but from sight gags. There are plenty of Wile E. Coyote moments, where it takes characters a few beats to realize their predicament, but the game's funniest gag involves Crash being entranced by Cortex's backside--it's funny enough that the game makes a point to use it more than once.

All previous Crash Bandicoot games have followed a pretty rigid formula, with Crash running down a confined path, smashing crates full of delicious wumpa fruit, avoiding bottomless pits and crates full of explosives, and using his spin attack against enemies. Though there are plenty of stretches in Twinsanity that abide by these conventions, the game is far more expansive than previous Crash games. When he's flying solo, which makes up more of the game than you might anticipate, Crash fights a handful of enemies, but mostly he just tackles loads and loads of jumping puzzles. It's all pretty standard for most of the game--moving platforms, falling platforms, and bouncy platforms--though the game takes a challenging turn near the end, throwing in platforms with spinning laser barriers, platforms that move and disappear, and a long series of color-coded platforms that appear only for a short time and in a specific sequence. Though some of the endgame platform jumping can give you a good run for your money, these sections generally feel pretty by the book.

When he's teamed with Dr. Neo Cortex, Crash has an expanded set of moves, though anyone who has played Banjo-Kazooie, Ratchet & Clank, Jak and Daxter, or even Whiplash should already be pretty familiar with the buddy-style mechanics that are employed here. The pair can perform a standard Crash-style spin attack in tandem, Crash can swing Cortex like a big, brainy hammer (which is good for demolishing obstacles and enemies), and Crash can toss Cortex across large gaps, where Cortex can flip switches to lower bridges and dispatch enemies with his ray gun. These sections are actually a little dull, but there are several other ways in which these two team up that are more fun.

For example, there are Super Monkey Ball-inspired levels in which you have to control the pair as they brawl with each other--and get so entangled that they form a big, rowdy ball--rolling them down chutes and tunnels and avoiding explosive crates. There are downhill levels in which Crash uses Cortex as a makeshift snowboard, which is both viscerally and sadistically satisfying. Probably the cleverest pairing of the two is when Cortex finds himself running blindly from something terrifying, and, as Crash, you have to run down an alternate path, clearing any obstacles that might impede Cortex. This demands fast reflexes, as well as some quick puzzle-solving skills, and though these sequences already show up several times over the course of the game, we would've happily played more.

As mentioned earlier, Twinsanity introduces an all-new playable character, Nina Cortex. Nina can perform basic jumps, and she has a spin attack similar to the one Crash uses. Her most distinguishing characteristics are her cybernetic hands, which extend when she throws a punch, à la Bionic Commando, allowing her to attack enemies from afar and grapple onto special rings that are either bored into a wall or being held by a hovering gargoyle.

On top of all these different basic control schemes, there are sequences in which you play as the individual characters while they're being chased, and there are a fair number of boss fights too. The game's constant shifting between different characters and different gameplay styles keeps things fresh and interesting all the way though, and it gives a real set-piece feel to many of the sequences. It can be pretty challenging too, but the game is pretty generous with extra lives, which can be found in crates or gained by collecting 100 pieces of wumpa fruit, and even when you run out of lives, you have infinite continues from the last hard save point. Even when we lost our last life at the most inopportune of times, we had to repeat only 10 or 15 minutes' worth of the game. In all, the single-player game lasts six or seven hours--it's a decent length, especially considering that there really isn't a whole lot of filler in the game.

Crash Twinsanity is far and away the best-looking Crash Bandicoot game to date, though considering that the last proper Crash Bandicoot platformer is a good three years old, that's not an incredible feat. Crash and Cortex are sporting a lot more detail, and they have animations that are both smoother and more extreme. Their movement has a way of actually telegraphing their personalities--Crash's overextended running style and self-punishing attacks establish him as an empty-headed but enthusiastic character, and Cortex's constant creeping and sniveling are a great showcase of the kinds of neuroses that might cause one to gain an interest in evil science. The environments aren't incredibly detailed, but they make excellent use of color to establish each discrete area's feel. The most noteworthy aspect of the environments is the relative lack of loading times, which gives the world a seamless feel and also makes for a pretty unrelenting pace. Most of the time, you can use the right analog stick to move the camera around and get the perspective that you want on the action, and tapping one of the shoulder buttons will snap the camera behind you. There are also plenty of sequences in which the game imposes a specific camera angle. Usually this imposition is for the best, but the forced camera angle does occasionally put you in the position of having to make a difficult blind jump, which is just frustrating.

The Xbox and PlayStation 2 versions are basically identical, though there are a few distinctions worth noting. The particle effects don't look quite as good in the PlayStation 2 version, and, more importantly, Twinsanity on the PS2 suffers from chronic frame rate issues. We certainly noticed a few laggy moments in the Xbox version, but it's far more persistent on the PS2, and it really detracts from the otherwise enjoyable visuals and the experience as a whole.

Overall, the sound in Twinsanity is pretty good, but it's the music that really stands out. It always fits the feel of the area you're in: It starts off with a nice, relaxed, tropical vibe, then shifts into pirate chanties before giving way to spooky Halloween and goth-rock sounds and finally shifting to a bizarre mix of synthesizers and babies babbling that pretty much defies description. The tunes themselves are pretty catchy, but what makes the music so unique is the instrumentation. The game relies on synthesized sounds for a lot of the backbeat, but the dominant sound is the human voice, which the game samples and tweaks with reckless abandon. Sometimes you'll hear some a cappella harmonies, but then sometimes it'll just be a guy doing his best impression of a rocking guitar solo. Though Crash expresses himself exclusively through Red Skelton-esque facial contortions, most of the other characters are blessed with the gift of speech. The voice work is generally pretty good, and it fits with the game's cartoony but slightly off-kilter style, with the strained grandeur of Cortex's speech standing out as the most accomplished. The rest of the in-game sound effects are all stock Crash Bandicoot stuff, and most of them have been lifted from previous games. The upside of this is that they fit snugly into the game's sound design, but the downside is that some of them are used too often and some of them just sound a little tired.

Crash Twinsanity imitates more than it innovates, though the advantage of using tried-and-true mechanics is that you know they'll work pretty well. It's really unfortunate that the frame rate in the PlayStation 2 version suffers as badly as it does, and both versions would've benefited a bit from having some of their edges smoothed. Twinsanity isn't the most inventive platformer, nor is it the largest, or the prettiest. It is, however, still a good deal of fun, and players willing to look past its faults should find a fun if somewhat familiar experience. 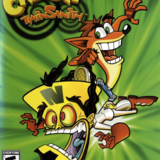 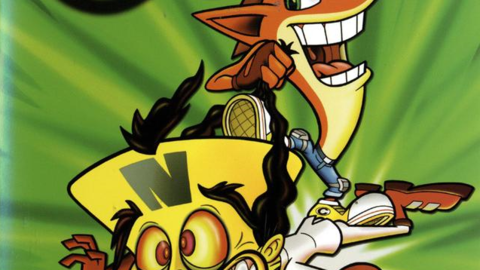 Players willing to look past Crash Twinsanity's faults should find a fun if somewhat familiar experience.