Crash Bandicoot's latest adventure has too much backtracking and too many camera problems to make it recommendable.

Dr. Neo Cortex is at it again. He's causing all kinds of trouble on Wumpa Island, and, of course, Crash Bandicoot is the only marsupial who can stop him. With that said, Mind Over Mutant isn't a game in which you'll necessarily spend a lot of time playing as the titular hero. Rather, like Crash of the Titans before it, this is a game in which Crash's main function is to assume control of various mutants so that you can play as them and use their various powers to overcome obstacles. This adds some variety to the proceedings for sure, but the amount of backtracking that you have to do, coupled with a problematic camera that you have no control over, makes Crash's latest adventure one that you'll likely tire of long before you've played for the seven or so hours that it takes to beat.

Mind Over Mutant gets off to a reasonably good start; humorous cutscenes that employ a number of different cartoon styles set the tone right off the bat. The early missions also do a good job of familiarizing you with the controls for jumping, digging underground, engaging in combat, and the like. It doesn't take long for things to start going downhill though. The biggest problem is that too many missions not only require you to get from A to B, but also to make your way back to A again. That, or you have to complete the same A to B level that you've already played through more than once to reach C. So, after navigating all manner of floating platforms and hazards, as well as completing your objective, you then have to do it all again--sometimes backwards. That wouldn't be so bad if the already-problematic camera would move to take this change of direction into account, but it's positioned in exactly the same locations. Leaps of faith toward platforms that you can't see aren't something that you have to make too often, but there's really no excuse for them to exist at all.

A few hours in, you'll have traversed certain environments several times to move between mission objectives, and regardless of the fact that some alternate routes open up as you gain access to new mutants' powers, you'll be sick of them. About halfway through the game, another character even mocks you for having spent so much time walking everywhere as he activates a few teleportation pads to get you around the island more easily. Things start looking up at that point until you realize that those pads are really only useful for the duration of your current mission.

That mission, like most, involves plenty of combat. Whether you're controlling Crash or one of the dozen or so different mutants that he can climb onto after beating them into a daze, the moves in your offensive arsenal include a basic melee attack, a more powerful block-breaking attack, and at least one character-specific special move. Unfortunately, Crash is one of the least enjoyable characters to play as because his abilities, which include an overpowered "counter" move, feel so limited compared to those of the mutants. Crash's ability to spin for a long time isn't nearly as satisfying as the RhinoRoller's ability to turn into a spike-covered ball and steamroll enemies or the Grimly's ability to slow down time, for example. Other mutant abilities include performing telekinesis, freezing enemies in blocks of ice, and--if you're lucky enough to be playing as the half-octopus/half-bagpipes mutant that is a yuktopus--firing a deadly beam of energy from the giant cannon mounted on your right-tentacle arm.

After progressing past a certain point in the game, it becomes possible to play cooperatively with a friend. Player two can run alongside you as Crash's sister Coco or if he or she prefers, player two can assume the form of Aku Aku--a wooden mask with the ability to float around the screen, collecting items and launching live chickens at enemies. Either way, your friend's fun is likely to be short-lived. When playing as Aku Aku, you don't actually get to control him; you just point at things that you want to pick up or hurl poultry at by moving a cursor around the screen. And when playing as Coco, the camera still positions itself according to where Crash is, so unless the two of you are moving through levels in near-perfect unison, player two will inevitably spend a good deal of time offscreen.

Crash Bandicoot: Mind Over Mutant looks, sounds, and in many ways plays a lot like last year's Crash of the Titans. The combat system has been improved; you can dig and climb now, as well as power up your abilities by collecting the mojo scattered all over the island, but none of these improvements are good enough to counter the negative impact that the new free-roaming world design has undergone. The humorous cutscenes aren't enough to counter the negative impact either, which is unfortunate because some of them are genuinely funny but appear so late in the game that unlocking them simply isn't worth the effort. Even if you thought Crash of the Titans was one of the best games of 2007, you'll find Mind over Mutant to be a disappointment. 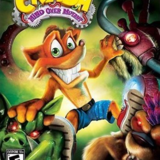 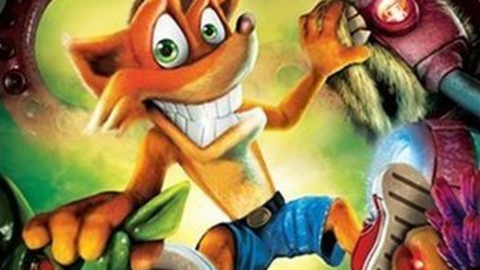 Help Crash save his friends and stop the evil Neo Cortex from taking over the world in Crash Bandicoot: Mind Over Mutant.