Crash 4 is a pitch-perfect revival of the classic platformer franchise.

Update (March 11, 2021): Crash Bandicoot 4: It's About Time has received a now-standard basic technical upgrade in its move from PlayStation 4 to PlayStation 5, but those enhancements have done wonders. The jump to 4K and a consistent 60 frames per second take a game that already had vibrant, detailed art and make it even more pleasing to play.

As seems to often be the case, it's frame rate, not fidelity, that makes the big difference here. With smoother animations, all of the game's moving parts are proverbially well-oiled and running more smoothly. With more clearly articulated animations, the gameplay feels faster. And it can feel as if your reaction time has improved. In reality, the smoother animation allows you to detect and react to threats more quickly. The PS4 version, which I thought ran fine at the time, looks almost stuttery by comparison.

Load times for starting and restarting levels have also improved. Loading into a level for the first time now only takes a few seconds and restarting after a death is nearly instantaneous. Reloading levels in Crash 4 was already very quick on PS4, so it isn't quite as striking as some of the other upgrades.

On PS5 specifically, developer Toys for Bob has also added some DualSense haptics, but they don't contribute much to the experience. When playing as characters other than Crash or Coco--Tawna, Neo Cortex, and Dingodile--some moves now come with a very weak haptic response. Using Tawna's grappling hook, for example, elicits a very, very mild trigger shake. Moving from space to space on the Dimensional Map also has a little bit of trigger feedback in addition to a rumble. The haptics really don't add anything, though it isn't as if they felt missing from the original release.

All in all, Crash's return remains a demanding but entertaining challenge for nostalgic fans and anyone down for platforming throwdown. Having a smoother frame rate makes the platforming feel even snappier, so there's no reason not to give it a try. –Mike Epstein

The original Crash Bandicoot 4: It's About Time review, first published in October 2020, continues below.

The increasingly popular reboot-sequel is a hard needle to thread. You have to create a game that hews close enough to the original to make nostalgic fans happy, while modernizing and innovating enough to resonate with new players. Crash Bandicoot 4: It's About Time balances the two effortlessly. It impeccably preserves the vibrant look and feel of the original Crash Bandicoot trilogy, while integrating new ideas and platforming possibilities. And like the original Crash games, the hybrid of Crash's old and new ideas will test your platforming skills in interesting new ways.

Like its groan-inducing dad-joke of a subtitle says, Crash 4 is about time… travel. When the villains of Crash's past open an interdimensional portal, Crash and Coco have to collect a set of quantum masks in order to set things right. As with past Crash games, small exchanges in cutscenes between levels do a lot of narrative legwork. It's not much of a "story" per se, but Crash and his friends' charm fills in the gaps and makes you care enough to follow along.

Crash 4's time-traveling story takes you to all sorts of times and places, including dinosaur-infested jungles, futuristic cities full of flying cars, and sunken pirate ships. Every place you go feels lush, full of color and detail, with a painterly quality that's simply wonderful to run through. My favorite is the Mardi Gras world, where Crash and Spyro balloons float in the background as you hop over neon-colored flames and trumpet valves. Occasionally, you'll run through an area and the camera will pull back to let you take in the scenery. The environments never failed to impress me with their visual depth.

The best thing I can say about Crash 4 is that it mostly feels like classic Crash. In my mind, Crash's signature is in the way the camera moves to create different perspectives from area to area, giving each set of jumps a fresh feel. Sometimes you're moving left to right, while other times you're running away from the camera or bouncing straight up from box to box. Crash 4's long levels are chock-full of carefully plotted platforming sequences, which require quick reflexes and the ability to think on your feet. The dynamic design changes things up frequently, making every level feel winding and unpredictable, with every new set of platforms presenting a surprising, exciting new challenge.

It still feels classic, even as it introduces new mechanics. Once you find each of the quantum masks in the campaign, they will start to appear in levels, giving you access to reality-bending powers such as slowing down time and reversing gravity on the fly. Though none of the four powers the masks bestow are wildly original, they are all used to great effect. Slowing down time at the exact right moment to create a clear path of platforms requires just as much thought and reflexes as jumping and spinning, and sequences with each power come with their own lessons to learn and quirks to master.

In addition, each world includes optional levels that allow you to play as some of Crash's friends, including Tawna, Dingodile, and Dr. Neo Cortex. Each of the alternate characters have their own skill sets--Cortex, for example, cannot spin or double jump, but instead has a gun that turns enemies into platforms and an air dash. Levels built around these skill sets create even more room for variety; you'll see new situations and need to approach challenging platforming puzzles differently. The downside is that switching from any of these characters to Crash or Coco, or vice versa, can lead to some muscle memory mix-ups and accidental deaths. It's a momentary annoyance, but one that creates a slightly bitter aftertaste whenever you play one of these levels, especially during the campaign.

And mastery is crucial. From early on, Crash 4 insists on precision. Many platforming sequences demand you land multiple jumps in rapid succession with perfect accuracy and timing. Sometimes, the difficulty is invigorating--an action-packed puzzle for your mind and fingers. Occasionally, though, it feels as if the game expects more of you than it should. There are times when you'll land on the edge of a platform and fall to your death, only to wonder whether or not you should have been safe. Those frustrations are fleeting, though. More often, the next success is close enough at hand that you'll want to keep trying.

And merely finishing the campaign barely scratches the surface of the experience. Crash 4 is truly a perfectionist's delight. Each level offers up gemstones and a character skin depending on how many wumpa fruit you find, how many boxes you break, and how few times you die. Each level also boasts a time trial mode and an "N.Verted" mirror level, which not only makes you replay it mirrored, but also with a creative visual filter that may make it easier or harder. The N.Verted levels are especially interesting as they let you see Crash 4's vibrant levels in a completely different light.

Even more so than playing the N.Sane Trilogy, which literally remade the original Crash games from my youth, playing Crash 4 felt like getting back in touch with the series. It's an injection of new ideas into now-classic gameplay that surprises and delights, even as it feels like a homecoming. Truly, games like this are why we come running back to long-dormant franchises with open arms.

Crash Bandicoot 4 is featured on our list of Best Xbox Games for Kids.

View Comments (35)
Back To Top
8
Great
About GameSpot Reviews 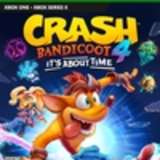 Mike Epstein still doesn't really know what an actual bandicoot looks like. After playing Crash 4 for 12 hours, he's good with the image in his head. Code for this game was provided by the publisher. 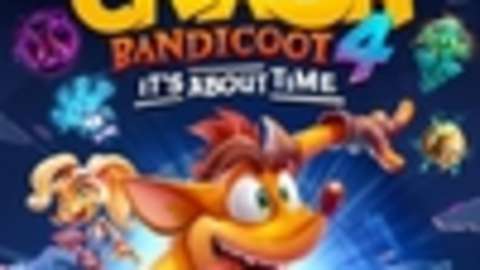 7.8
Sign In to rate Crash Bandicoot 4: It's About Time