IMPORT: Though Cotton NGPC has lost some of the visual and audio splendor of the original, it still represents a shining example of the 2D-shooter genre.

Once upon a time, a dark energy shrouded the land in eternal night. Fairies, magical beings that protect our world, began to die. To make matters worse, cruel monsters started populating the countryside, hunting the fairies for food! To break this foul curse, seven magical creatures known as Willow must be collected. Learning of the fairies' plight, a young witch named Cotton offers her services - provided she can scarf down a few Willow along the way, that is. This is Fantastic Night Dreams Cotton, SNK's classic side-scrolling shooter for the Neo Geo Pocket Color.

Cotton is by no means new. Originally appearing on NEC's PC Engine, the game has since been released for the Super Nintendo, the Sony PlayStation, and the Sega Saturn game consoles. Unfortunately, none of these releases made it stateside, so very few Americans have tasted of Cotton's rich gameplay. At its core, Cotton is a 2D side-scrolling shooter that exemplifies the genre it originally helped create. Through each of seven levels, you and a fairy companion must fly left to right or up and down, shooting at or avoiding a variety of onscreen enemies. Evil fairies will seek to impale you with magical arrows, while dastardly ghosts and grim reapers assault you incessantly. Thankfully, Cotton's not a wimpy witch, and she's toting some powerful magic bullets. As the game progresses, you can collect yellow crystals to boost your experience, thus strengthening your magic. Red and blue crystals also appear from time to time, giving you access to special attacks, such as a flaming dragon or a lightning shower.

With respect to gameplay, shooters are inherently visual. If a screen is full of enemies or a boss has many tentacles, the game is going to be difficult. The PC Engine Cotton featured multiple layers of parallax scrolling and bosses with appendages galore, and it displayed at least 50 onscreen sprites at once. While the NGPC version still has a majority of the game's haunting backgrounds, some visual detail has been lost in the translation. There's only one level of parallax scrolling, as opposed to three. Forget about psychedelic background undulations - they're gone. Further, Cotton can no longer link up with more than a single fairy at a time, whereas she could link up with three in the PCE original. This isn't to say the game looks bad. Far from it. Each background still contains a great deal of detail, from ethereal cloud cover and wrought-iron fences to falling debris and exploding caverns. Though only ten or so sprites are onscreen at any given moment, the game animates fairly well. Cotton squints and squirms, her fairy companion flutters all over the place, and explosions are over the top.

Since Cotton NGPC contains fewer onscreen sprites than the original, the difficulty balance has changed. Unlike in the PCE version, there are no energy bubbles to avoid, no snake creatures to fly around, and some mid-bosses are missing entirely. Because of this, each of the game's seven levels is much easier. For those who haven't fought the splendorous, stage-four plant miniboss, this isn't a problem. However, for fans of the PCE game, you're going to have to get used to a few shortcuts. To counteract how easy the levels themselves have become, the game's programmers have made the bosses tougher than before. Whereas the first Moai boss took one skilled magic blast to vanquish, it now takes two or three. Since the screen is more cramped, avoiding the "flaming cat sheep" boss of level three is also difficult. Despite the changes, each boss is still quite large, offering a psychological experience true to the game's dark plot. Furthermore, this rebalancing of difficulty still seems to bear out evenly in the end.

Rounding out the game's multimedia aspect, plot development is executed with pseudo-FMV snippets that highlight Cotton's quest. Despite a little retouching, these interstitials are the exact same cutscenes present in the PCE, PS, and Saturn releases. As for sound, well, the outlook isn't as bright. Cotton's digitized vocals are gone, there are only a few sound effects for explosions and such, and the music is banal NGPC midi. Background tracks are faithful to the originals and are still quite catchy, but CD quality they aren't.

Though Cotton NGPC has lost some of the visual and audio splendor of the original, it still represents a shining example of the 2D-shooter genre. Die-hard fans who can stomach the readjusted gameplay will find it a worthy purchase, while newcomers should find it an endearing introduction to the genre. It is truly sad and shameful that SNK has pulled out of the US market and won't be releasing the game stateside, as Cotton is one of the few games that still holds up after a decade. 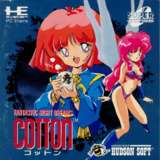 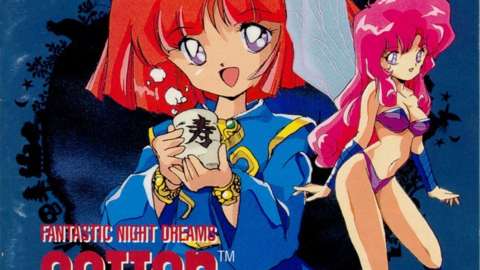